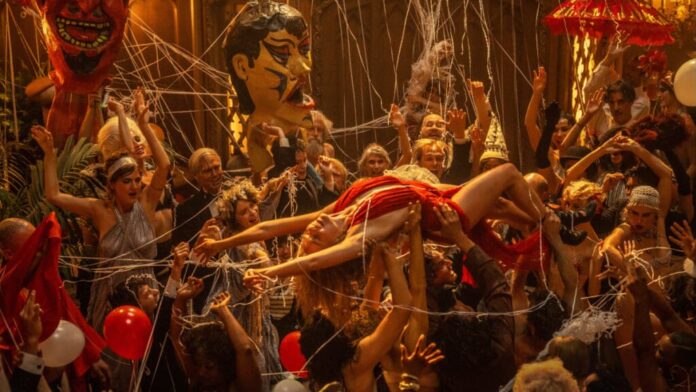 So the last time we saw Margot Robbie and Brad Pitt together the latter won his first Oscar for ‘Once Upon a Time in Hollywood‘. Well now they’re back together again in Oscar winning director Damian Chazelle’s film Babylon which has an air of a potential awards winner about it.

Babylon is set in Hollywood during the transition from silent films to talkies, focusing on a mixture of historical (including the legendary Irving J Thalberg) and fictional characters too. The story is set in Pre-Code Hollywood in the late 1920s and early 1930s, during the film industry’s transition from silent films to talkies. This era of Hollywood was renowned not only for its legendary parties and riotous behaviour but also for its transgressive film content.