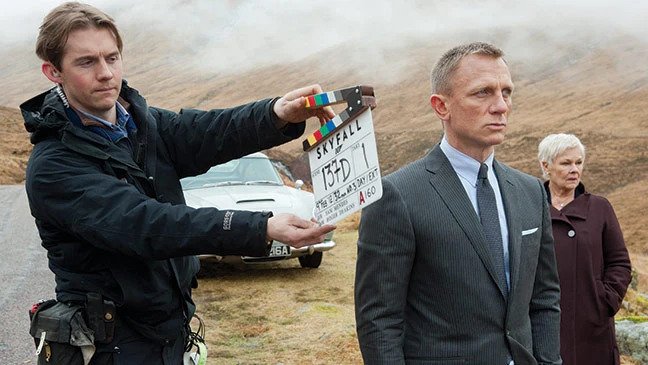 Whilst doing the festival rounds his new film, ‘Empire of Light’ talk inevitably came round to his two Bond films Skyfall and Spectre – the highest grossing films in the franchise and the possibility of heling a third film. But it seems unlikely saying, ”I don’t think they’d want me anymore. It was an incredible thing to do at that moment in my life; I couldn’t have asked for a better thing. I saw the world in a different way,”

Mendes described the experience as being like an engineer as much as a director. “It’s like erecting scaffolding and building an entire  world….It’s exhausting, in a different way.” With stuntmen helming and reinvigorating action films notably with the John Wick franchise Sam Mendes explained that the genre is evolving  he went on to explain that as action movies are evolving with the use of CGI too which means that the Bond franchise must evolve also and feels for producers Barbara Broccoli and Michael G. Wilson. “I don’t envy Barbara having to follow Daniel’s five movies. He reinvigorated the franchise but the franchise is so huge that it’s very difficult for a younger actor to step into that.”

There’s plenty of candidates suitable to be a female Bond director and we would offer up Kathryn Bigelow, Lana Wachowski, Cathy Yan (Birds of Prey), Patty Jenkins, Gina Prince Blythewood (The Old Guard) and Chloe Zhao (Eternals)….but lets not forget the male directors we’d like to see helm a Bond notably Christopher Nolan!