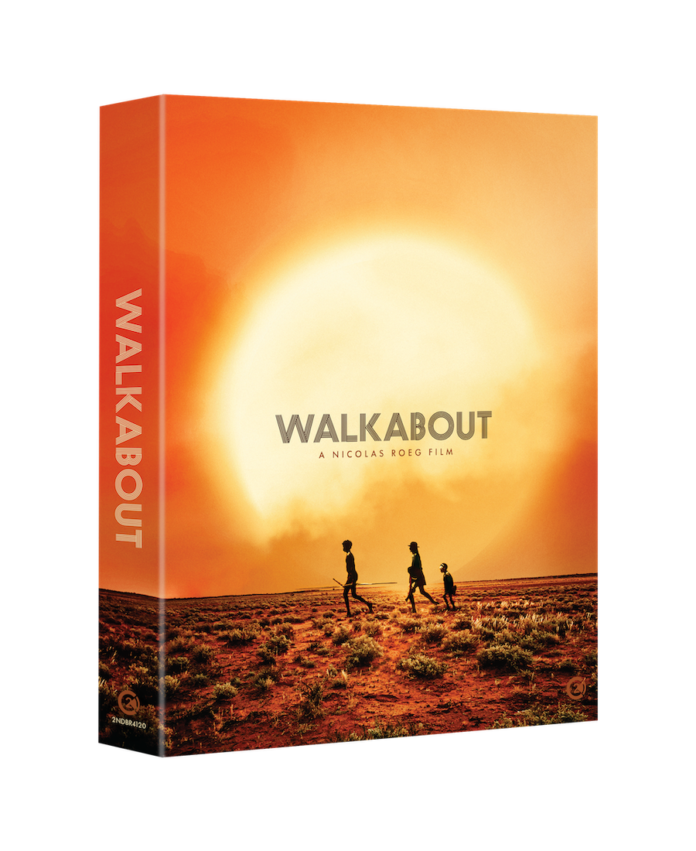 The late British director Nicolas Roeg was notoriously single minded having been a cinematographer he clashed with the even more single minded David Lean on Dr Zhivago before he decided to leave  and direct. His first three films were probably the most important British films of the seventies. Those films were Performance, Don’t Look Now and Walkabout starring Jenny Agutter and is now released as a limited edition blu ray .

Following the attempted patricide and eventual suicide of their father in the Australian outback Mary (Agutter) and her little brother Peter (Luc Roeg – the directors young son) are left stranded in the desert’s blistering heat. Exhausted and starving  they try to find civilization and their salvation comes when they cross paths with an aboriginal boy ( David  Gulpilil) on a’ walkabout’ – a ritual in which he must leave his tribe and learn to survive off the land. It’s he who teaches them how to survive in the wilderness but a clash of cultures leads to terrible consequences. Roeg had approached Agutter when she was 14 years old to take the schoolgirl role as she had been acting from a young age in a number of TV series including shows for Disney but Roeg was still looking to finance the film and she would be 16 when the film finally went into production in what was a largely improvised shoot with a treatment that consisted of 14 pages and Roeg had to greatly flesh it out to get financiers on board. The film was part backed by Apple (not the I.T. company) but the Beatles record label and it was this that attracted Agutter to the project initially thinking that she might meet the mop topped quartet. She didn’t and she found herself in Australia with Roeg and a small crew with her mother as chaperone who had to return to England after some weeks of shooting.

Walkabout had Roeg as ever experimenting with editing, music and colour as seen in the opening as a class of public school girls practice vowel sounds with an aboriginal digeridoo as the soundtrack cross cutting with the class and the harsh terrain of the Australian outback. It’s something that director Danny Boyle has described as a huge influence on his own work in a great featurette where he talks fondly about how and why Roeg is so important to British directors. 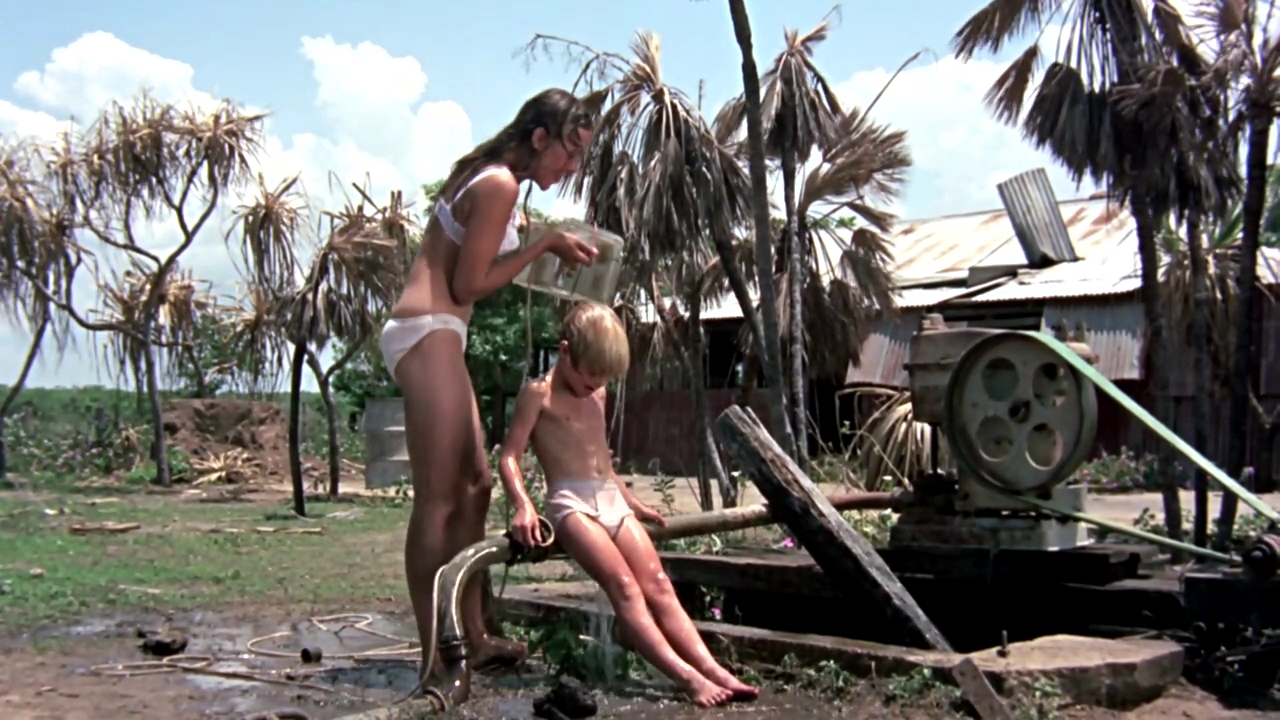 The release of Walkabout was not without its problems and it would be three years before it was released in 1971 and by then Agutter had already made The Railway Children. Walkabout was to be a shock to her fans as there are a notable number of sequences of full frontal nudity of her as well as the two boys mostly in a scene where she swims naked in a small lake whilst the aborigine boy goes on a brutal slaughter of animals. It’s stark montage of beauty and innocence with savagery and realism.  It was Agutter’s nudity which would cause the censors problems because whilst it  is not voyeuristic you can see the problem with having a naked 16 year old in a film no matter how natural and innocently it is presented as it is here. 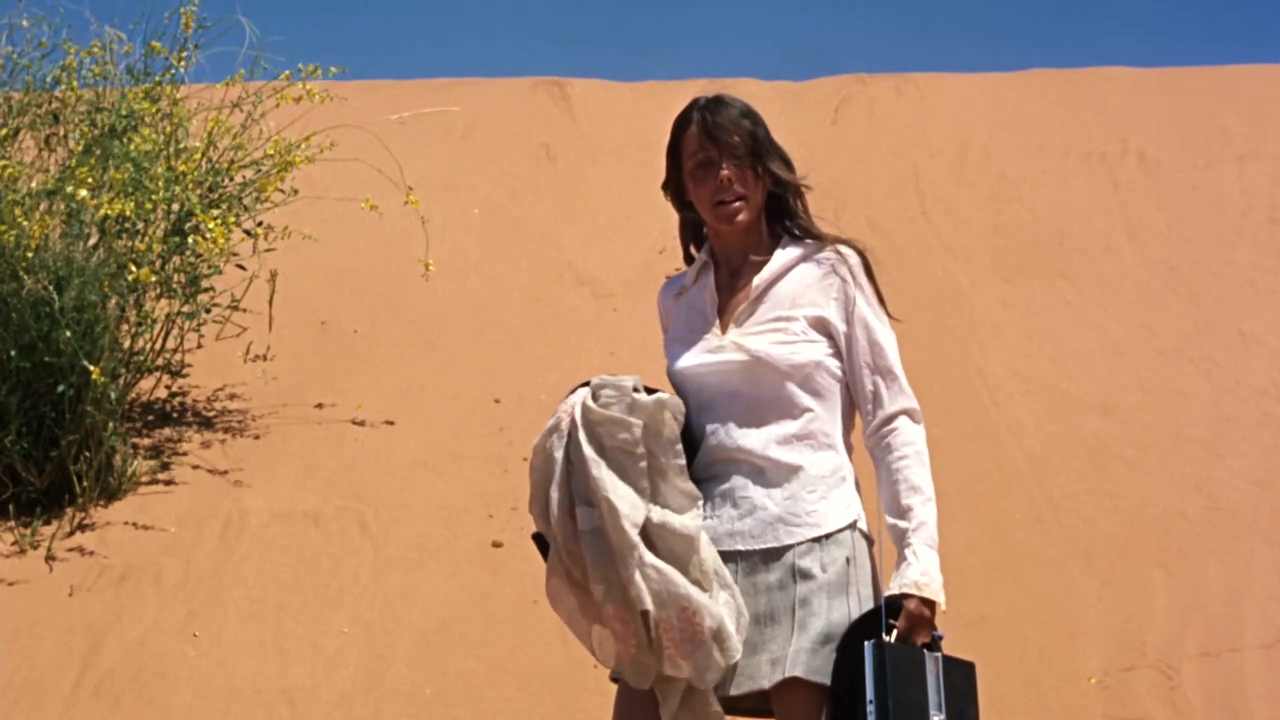 At the same time it doesn’t flinch from the brutality with the aborigine living off the land by killing the animals for food and initially Roeg films much of the natural wildlife in almost documentary style that arguably influenced Terrene Malick some years later when he began directing with a love of nature that carries through to his most recent films (A Hidden Life).  But as the film goes on animals are killed – kangaroos are speared and chopped up, (there’s another excellent cross cutting of the kangaroo being chopped up with a British butcher at work to emphasize that really it’s no different), and  even larger wildlife gets shot by poachers and their throats slit on screen and again may have influence Coppolla in the infamous cattle sacrifice scene in Apocalypse Now

This limited edition of Walkabout is the film with a 4K restoration and a new commentary by Luc Roeg himself and critic David Thomson but sadly Agutter isn’t featured on it. She does however have a separate interview which is revealing in her own view of the film. Added to this are interviews with Si Litvinoff the producer as well as an archive interview with Roeg and a BFI Q&A with him, his son and Agutter