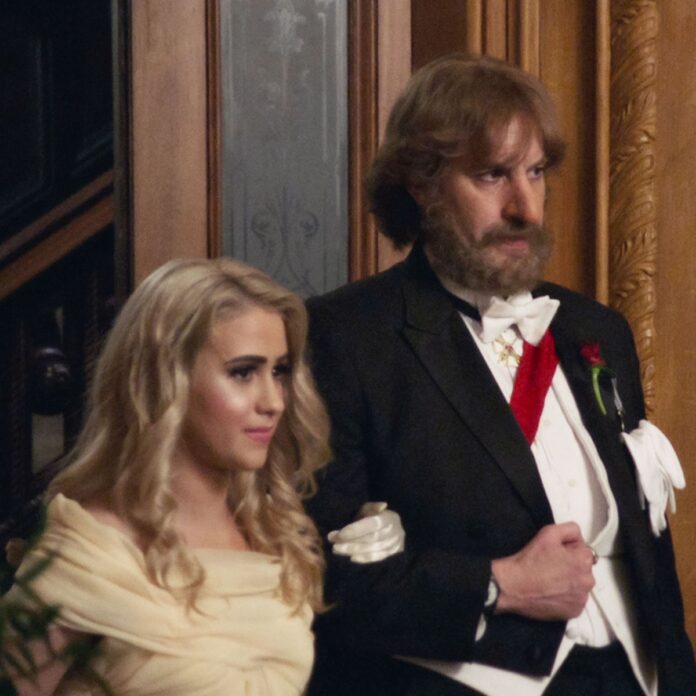 Though Borat Subsequent Moviefilm received mixed reviews (read our review HERE) the breakout star was 24 year old Maria Bakalova as the Kazakh journalist’s daughter, Turat. The actress was born in Burgas, Bulgaria in 1996 ironically around the same time as the first film was being written and she went on to train at drama/art schools in both Burgas and Sofia. So how did she go about being Borat’s daughter? 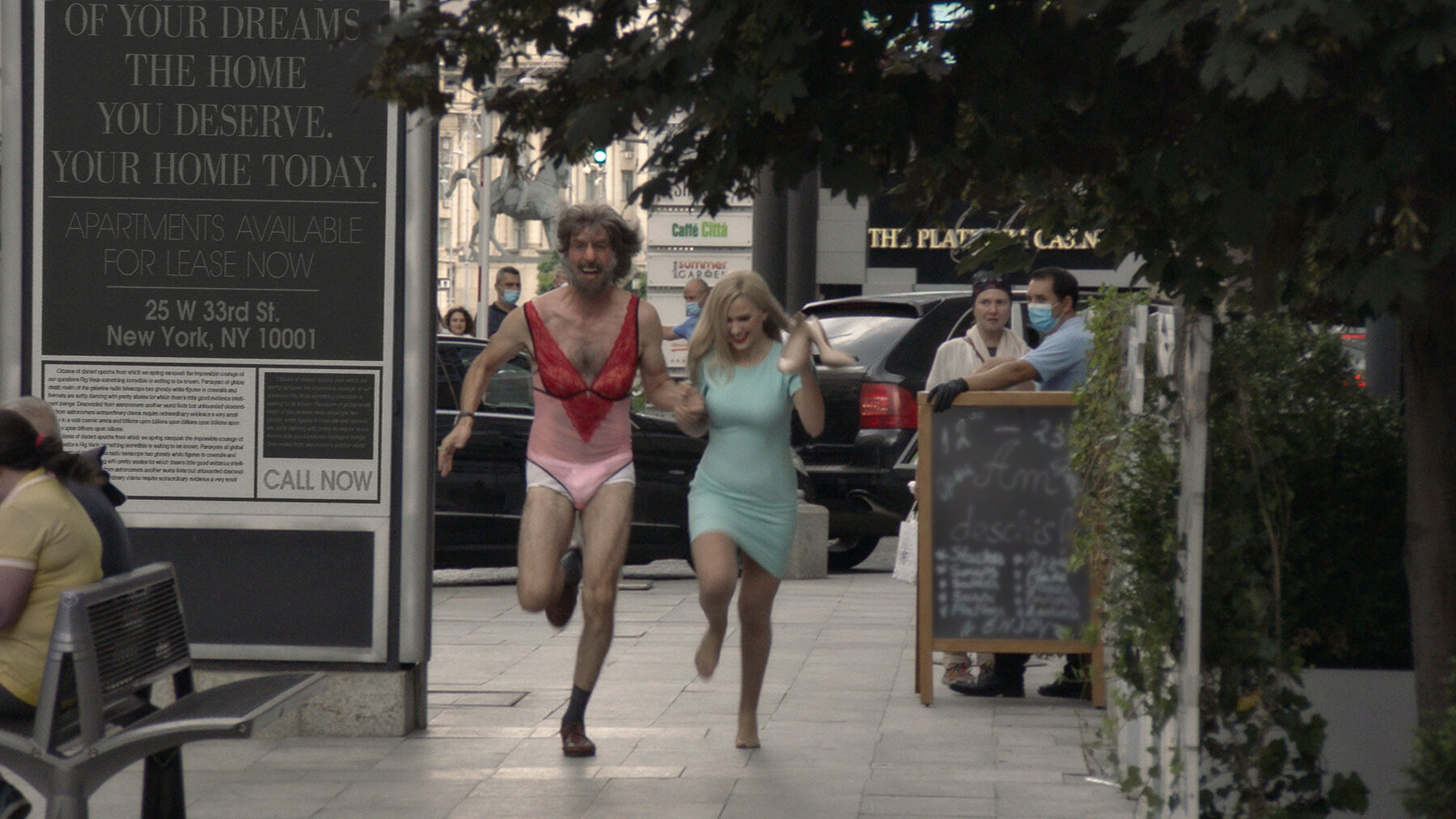 With Cohen so well known the producers needed a completely unknown actress to play Borat’s daughter which ruled out most American and British actresses but when she was first invited to audition for the role by a an ultra secretive casting director the actress thought it was some kind of human trafficking scam because of what that type of  acting opportunity represented and was not anything that usually happened to Eastern bloc actresses.

Having recorded several audition tapes on a mobile phone Bakalova was called over to London to meet Sacha Baron Cohen and put through further rigorous auditions that included attempting to eat live fish from an aquarium before she landed the role. 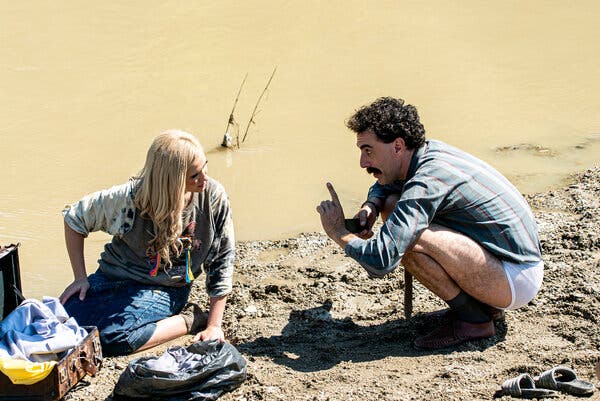 Cohen himself is no stranger to putting himself in potentially volatile scenarios but Bakalova was new to this and admits that the scene where she delivers a monologue about the delights of ‘self love’ to a conservative women’s centre had her crippled with anxiety, shaking with nerves and crying until Cohen got on the phone and gave her a pep talk. It’s a typically hilarious but awkward scene.

As is usual with several of Cohen’s docu-films there were several  scenarios which we might only see as part of a deleted scenes feature on any Home Entertainment release. One of those included Bakalova shaving her head only to find the scene was dropped and her having to wear a wig for the rest of the filming schedule. 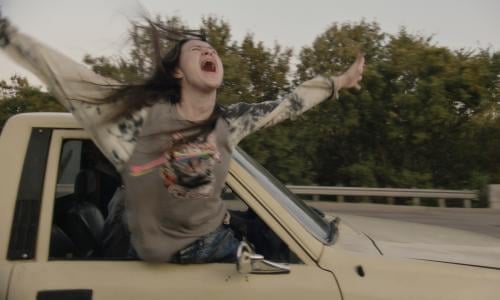 Whatever her worries about being Borat’s daughter she has described Sacha Baron Cohen as both her mentor and teacher and helped her through the film and whenever the scene was pushing her to the verge bursting out in laughter his advice was to believe that her character actually existed and go deep inside the character’s psyche. 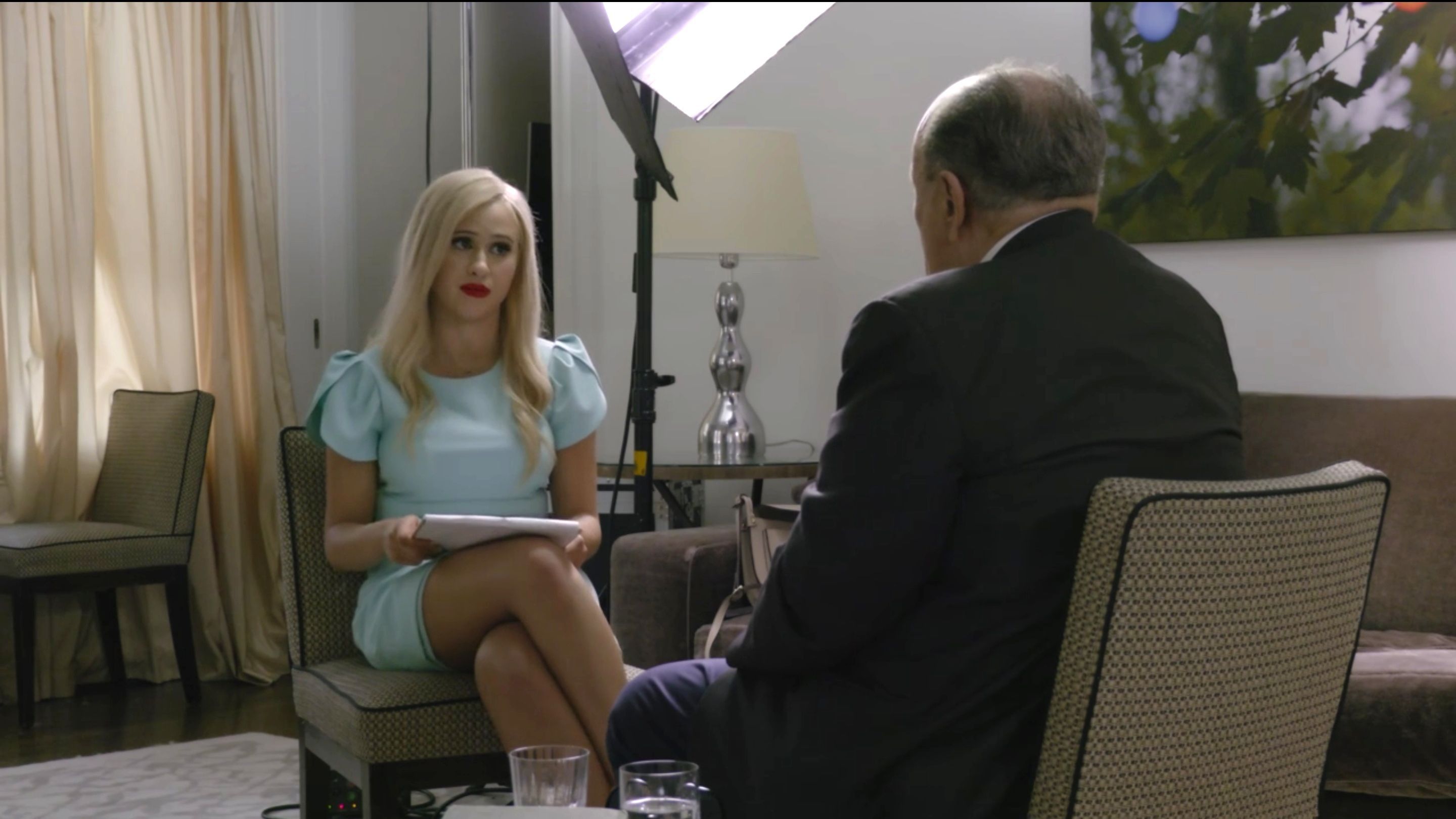 It clearly worked because as we enter awards season she is already being talked of as a possible Oscar, Golden Globe and Bafta nominee and to that end she has already been named by the New York Film Critics Circle as  her best supporting actress. Very niiice!