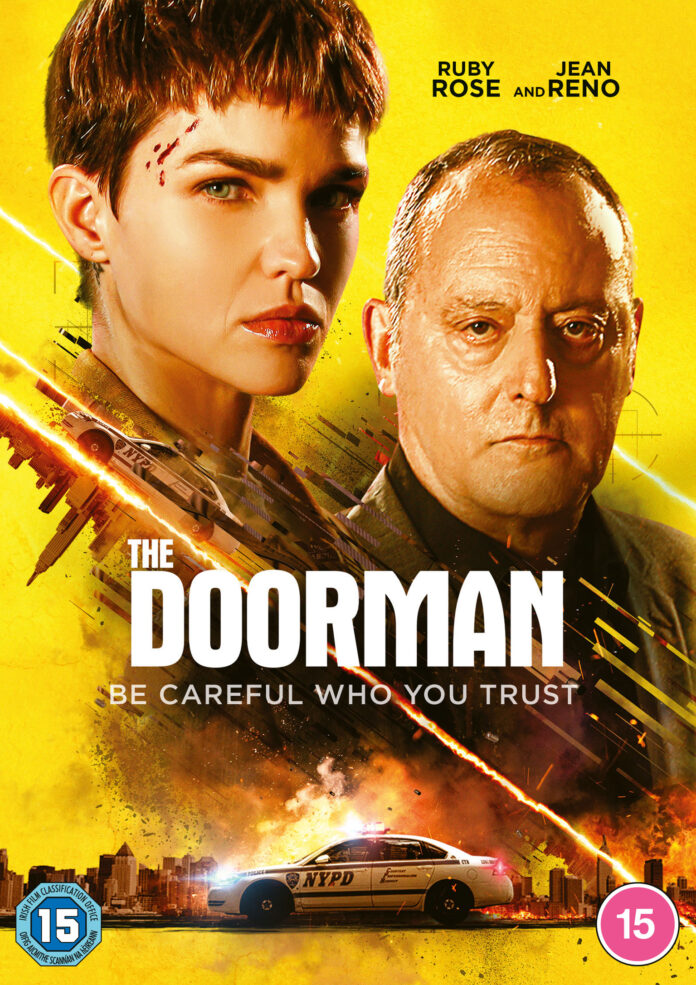 Pop poppet Justin Beiber has the sort of androgynous look and flimsy physique that has him looking like an inexpensive rent boy and would see him as the prison bitch, tossed around like a dog with a rag doll if he’d been imprisoned for his 2014 drink drive offences . Actress Ruby Rose has a similar look, all tattoos and surly looks, it landed her the lead henchman role in John Wick 2 which rather than hold any threat of impending physical danger saw her quickly being thrown around, once again, like a dog with a rag doll. The Doorman sees her back in similar action mode this time as Ali, an ex-military sergeant still harbouring PTSD from her role as the lone survivor of a team of bodyguards to a diplomat who are all taken out in an attempted kidnapping.

Out of work and still suffering flashbacks she takes a job as a doorman to a luxury block of flats that are about to be renovated. Her co-doorman is Borz (Aksel Hennie) a man with a shaven head so inevitably he must be a bad guy and sure enough once the residents have left he ushers in a mob of interchangeable other bad guys led by Victor Dubois (the always watchable Jean Reno) who takes every opportunity to introduce himself like he’s networking at a bad guy convention. What he and his gang are after is a pair of rare paintings by Rembrandt and Caravaggio hidden in the walls of one of the apartments and lo and behold they are to be found in the only two apartments where the residents haven’t left yet.  One of those apartments residents is widower Jon Stanton (Rupert Evans), the estranged brother in law of Ali, and his his two children. With a background between the pair and a vested emotional interest for Ali she has to call in her military skills when the gangs plan starts to go awry frustrated ever further by her attempts to thwart them. 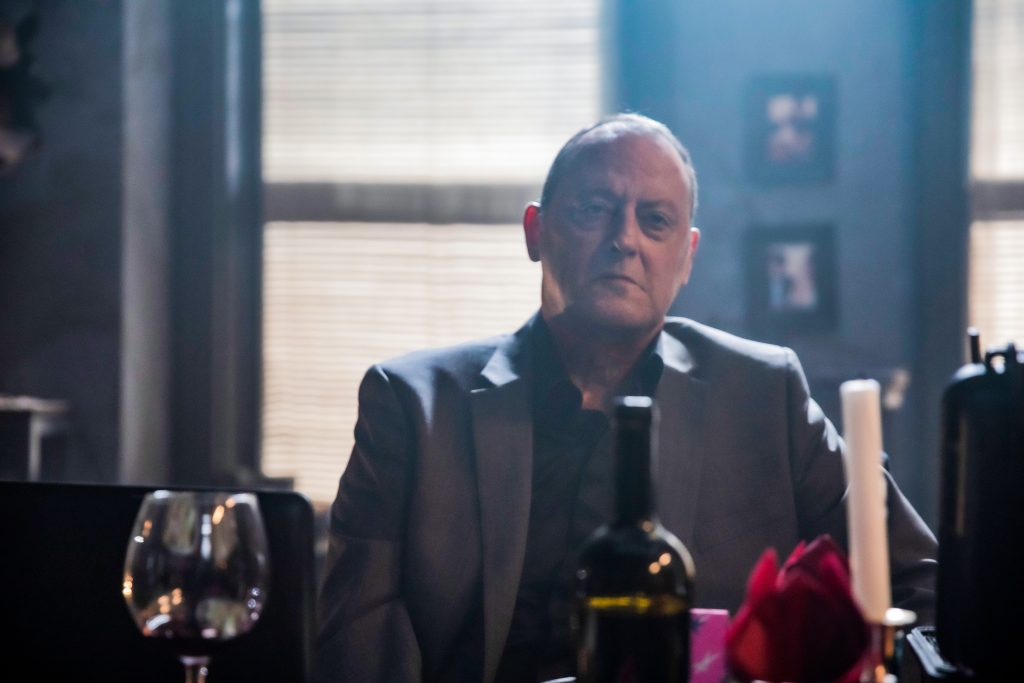 Playing like a scaled down version of Die Hard with all of them locked inside the apartment block it has the Luc Besson action template of a lone fighting machine against seemingly insurmountable odds a la The Transporter, Taken, Kiss of the Dragon, Nikita, Columbiana (and frankly most of his writing output over the past twenty years) but with little of the flair. Rose is more believable here as an able bodied action star here than she was in John Wick 2 and noticeably the heavily tattooed star keeps her tatts covered up in an attempt to move away from a look that was seemingly modelled on the pad kept at the side of the telephone.  Jean Reno brings his usual flair to the film in a role which is easy money for him. He’s is an understandable favourite for many directors with his most recent appearance being in Spike Lee’s ‘Da 5 Bloods’ and his presence is always a bonus for any film having appeared in blockbusters Mission Impossible, Godzilla (1998) and Ronin but let’s be honest what we really want from him and Besson is ‘Leon 2’. The Doorman director is Ryuhei Kitamura with a list of credits that includes a Japanese Godzilla film as well as Midnight Meat Train, an underrated Clive Barker adaptation way back in 2008. Kitamura’s action scenes are perfectly adequate but never rise to the level of what we’ve seen in films such as Atomic Blonde, Extraction and the John Wick franchise.

Out on DVD The Doorman is a bit of a vanilla disc with only the film and a featurette , ‘In Service of Others – Reflections of the Cast’ with Ruby Rose explaining the reason for her interest in the script (the fact that this is her first lead role in a film rather than several TV series including a sapphic Batwoman is oddly never mentioned). The Doorman is a serviceable if unexceptional actioner though for realism we’d like to see a real doorman take the role being as its normally a pensioner barely able to put his trousers on the right way round, taking in parcels from couriers and promptly losing them before going back to watching daytime programmes on the portable TV behind his desk and ignoring the CCTV showing a burglary in progress.