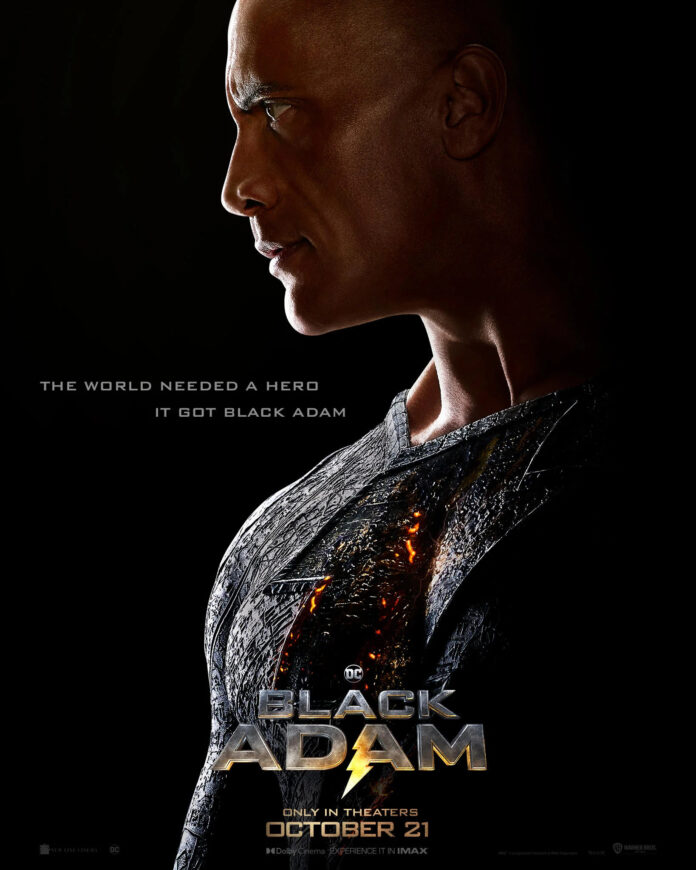 After the success of ‘Jungle Cruise’ Dwayne Johnson is reuniting with director Jaume Collet-Serra for this DC superhero film and here’s a first look with the release of the Black Adam trailer in what is the first-ever feature film to explore the story of the DC Super Hero
Nearly 5,000 years after he was bestowed with the almighty powers of the ancient gods—and imprisoned just as quickly—Black Adam (Johnson) is freed from his earthly tomb, ready to unleash his unique form of justice on the modern world and the Black Adam trailer it looks like carnage ensues
Dwayne Johnson stars alongside Aldis Hodge (“One Night in Miami”) as Hawkman, Noah Centineo as Atom Smasher, Sarah Shahi as Adrianna, Marwan Kenzari (“Murder on the Orient Express,”) as Ishmael, Quintessa Swindell as Cyclone, Bodhi Sabongui as Amon, and Pierce Brosnan (James Bond of course) as Dr. Fate. Collet-Serra directed from a screenplay by Adam Sztykiel and Rory Haines & Sohrab Noshirvani, screen story by Adam Sztykiel and Rory Haines & Sohrab Noshirvani, based on characters from DC. Black Adam was created by Bill Parker and C.C. Beck.
Black Adam will be released nationwide on 21st October 2022 by Warner Bros. Pictures