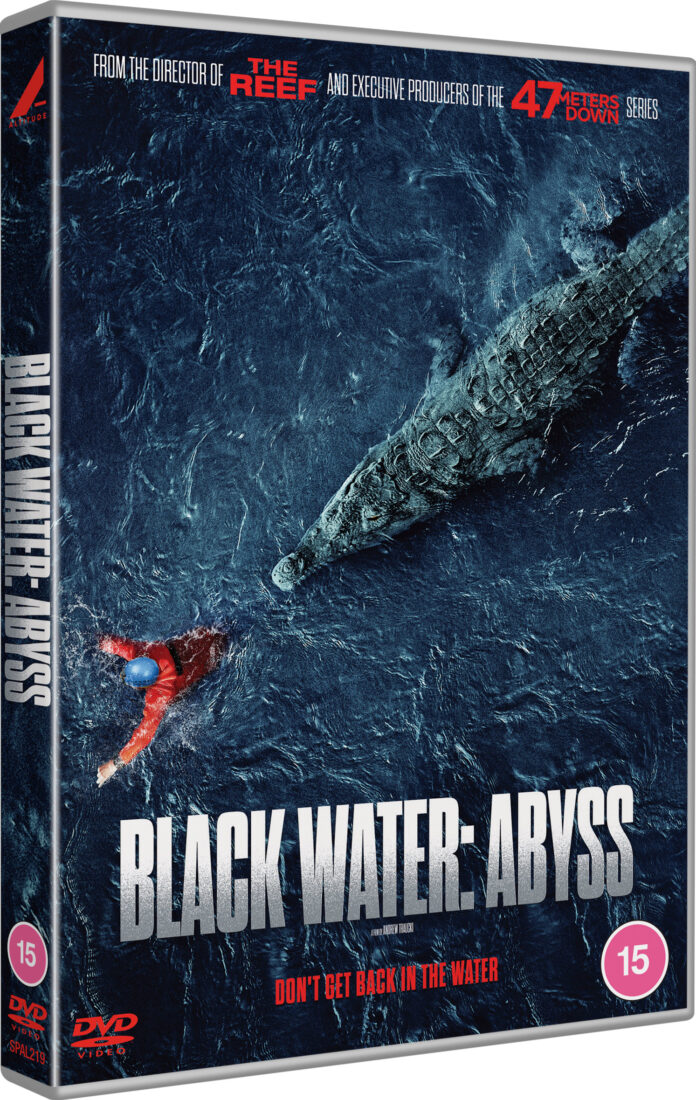 Jaws has a lot to answer for. One of the finest thrillers ever made rightly became the biggest box office film of all time until Star Wars popped up. Launching an era of summer blockbusters it also launched a whole load of similarly animal-goes-ape movies and nothing was out of bounds.  Bears (Grizzly), giant squid (Tentacles), dogs (Cujo), Snakes (Venom – not the Marvel one but a 1981 film with Oliver Reed!) even sheep (Black Sheep) and of course crocodiles and alligators were more than suited to the genre.  In that respect we’ve had loads featuring the toothy terrors from Aliigator, to Lake Placid to Eaten Alive to last years excellent Crawl. Amongst all of these were a load of allegedly true life killer croc movies several of which were from Australia that included Black Water in 2007 ‘based on true events’ – a suitably loose caveat that allows a fair bit of creative licence.

Written and directed by David Nerlich and Andrew Trauki it was a decent thriller with three people stuck up a tree in a mangrove swamp and had some very good moments which deserved to make more money that it did. Nerlich hasn’t directed a feature since and Trauki has only gone on to direct sporadically and Black Water Abyss a sequel to the original is his first film he’s helmed since 2013. It’s a return to the same premise. Once again it’s still set in Australia with five friends deciding to explore a remote cave and then making an even worse decision to explore a number of ever smaller passages. They are well shot with an interesting sense of claustrophobia made worse by the thunderstorm at ground level increasing the level of the water table in the cave. Eventually coming out into a underground cave with a huge lake they find themselves trapped as the their exit has been cut off by the rising water.  But this rising water in the cave that forces them to find another way out and the stakes are raised higher when they find a monstrous crocodile is in the lake.

Right from the start its obvious who is going to survive as each is inevitably picked off as the audience play the guessing game as to who is going to be monster munch first. Black Water Abyss is not without its moments but  it pales in comparsion as a sequel as is so often the case. With characters that include a cancer survivor, a pregnant girlfriend, a cheating boyfriend and a casually careless and frankly clueless guide it’s a case of working out who’s going to be first on the menu. Murkily shot it will disappoint those wanting to see a big ass croc chowing down but Black Water Abyss is the sort of B- movie that’s fine for a Saturday night with beer and pizza and there’s an enjoyably daft climatic face off with the  rabid reptile.

Black Water Abyss was one of the first films to be released in cinemas after the lockdown (part 1) came to an end and now comes to Home Ent on DVD. Unfortunately it is the most vanilla of discs with only the film on it…..and that’s it. Not even a trailer which is a shame as a directors commentary from Trauki ,a cast member and/or the DoP would not have gone amiss.

BLACK WATER ABYSS IS RELEASED ON DVD ON 2ND NOVEMBER 2020