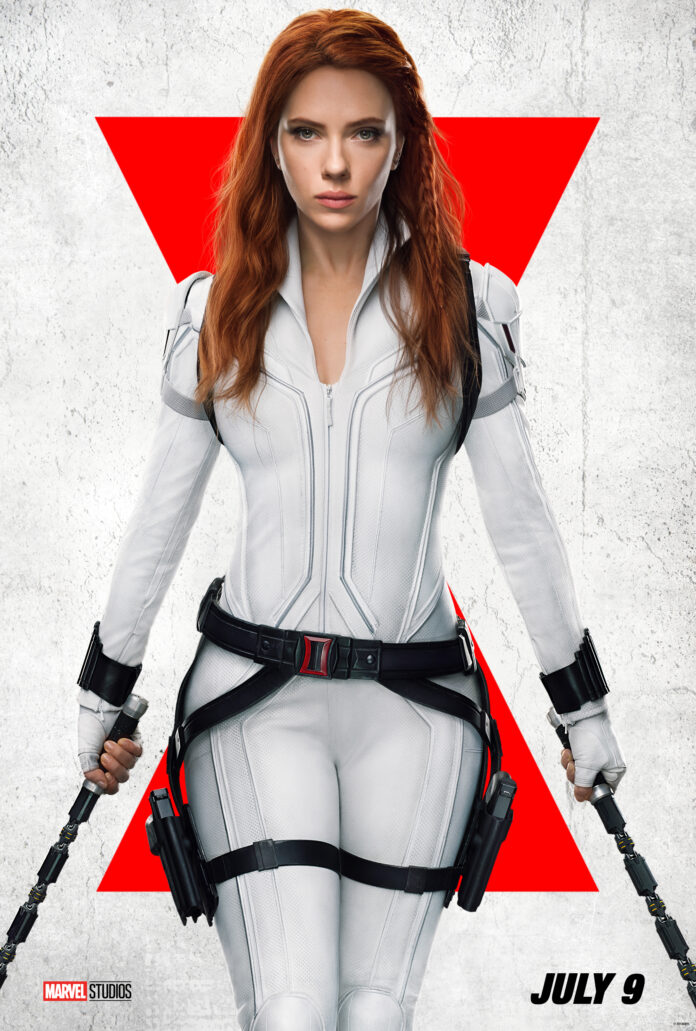 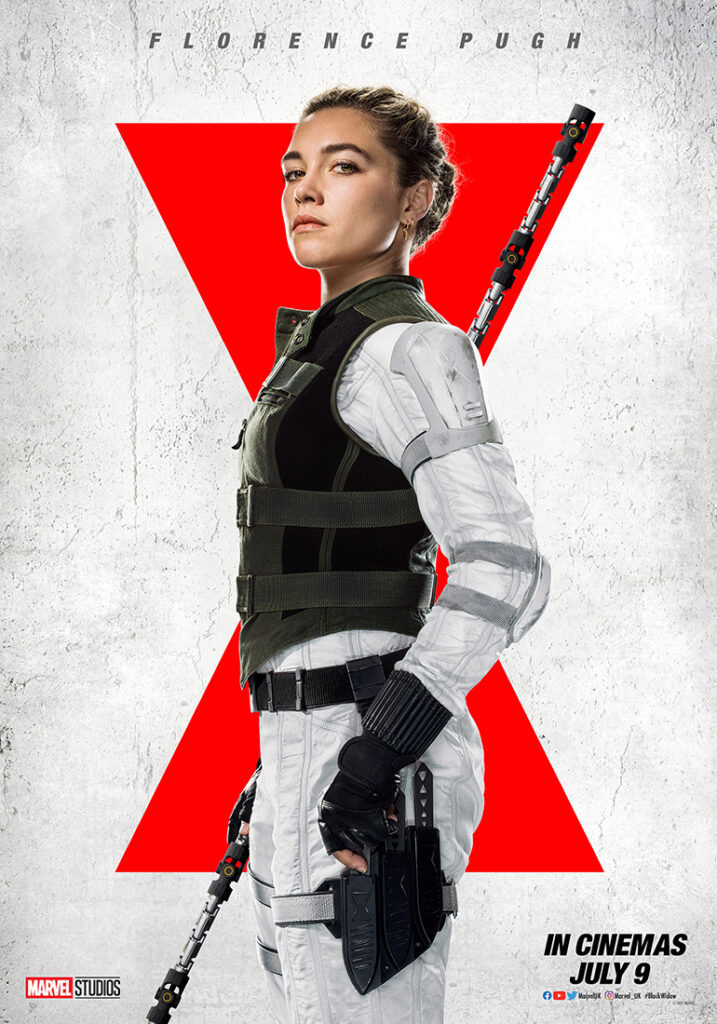 Natasha Romanoff aka Black Widow confronts the darker parts of her ledger when a dangerous conspiracy with ties to her past arises. Pursued by a force that will stop at nothing to bring her down, Natasha must deal with her history as a spy and the broken relationships left in her wake long before she became an Avenger. Scarlett Johansson reprises her role as Natasha/Black Widow, Florence Pugh stars as Yelena, David Harbour portrays Alexei/The Red Guardian, and Rachel Weisz is Melina. The feature film is directed by Cate Shortland and produced by Kevin Feige, “Black Widow”—the first film in Phase Four of the Marvel Cinematic Universe. 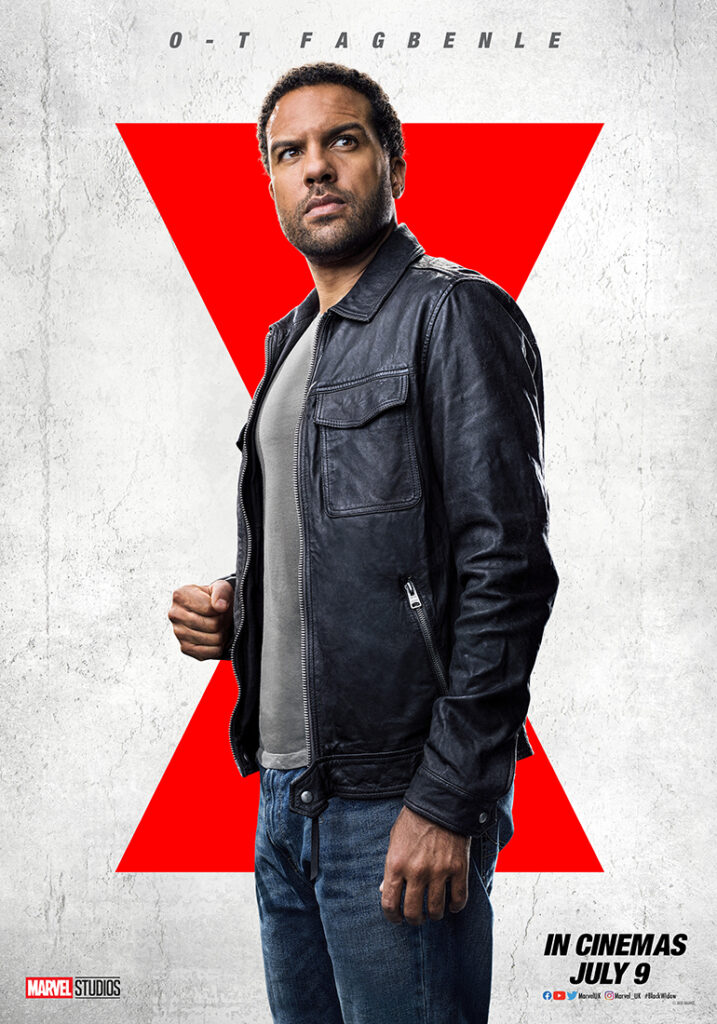 In the film Black Widow’s wrist-mounted tasers are colored yellow. This homages Natasha Romanova’s classic Black Widow costume, which was an all-black suit with yellow bracelets. 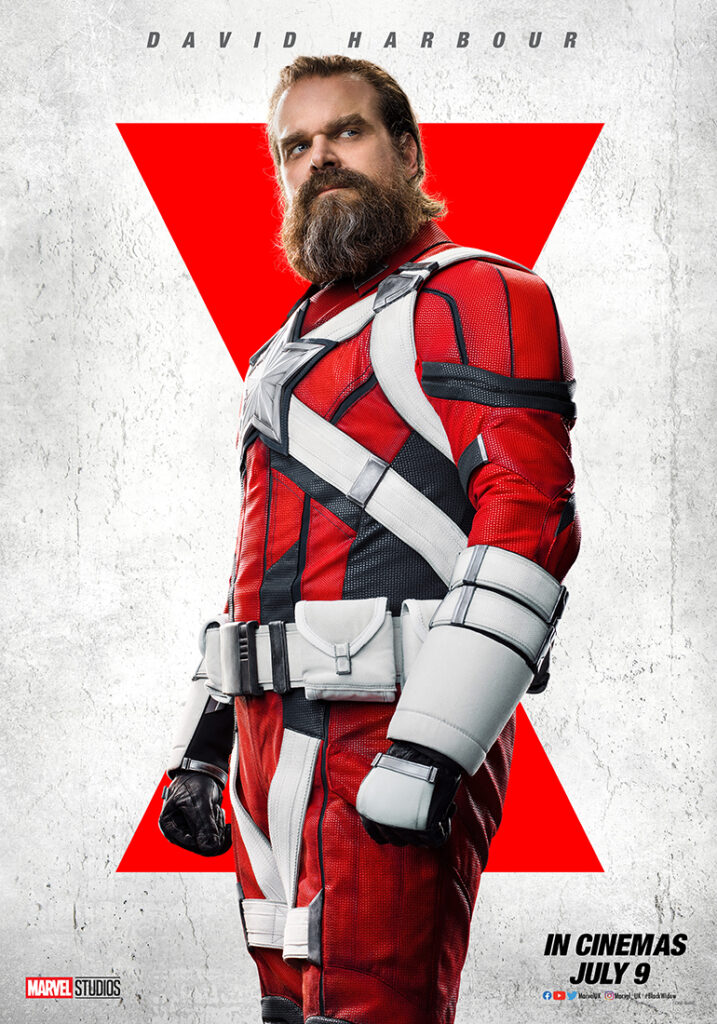 The Black Widow film was originally scheduled to release on May 1st, 2020. However, due to the Coronavirus pandemic outbreak (Covid-19), the film was postponed until November 6th, 2020, then delayed again until May 7th, 2021, and again delayed to July 9th, 2021. Black Widow is just one of the many films to be postponed due to Covid-19. 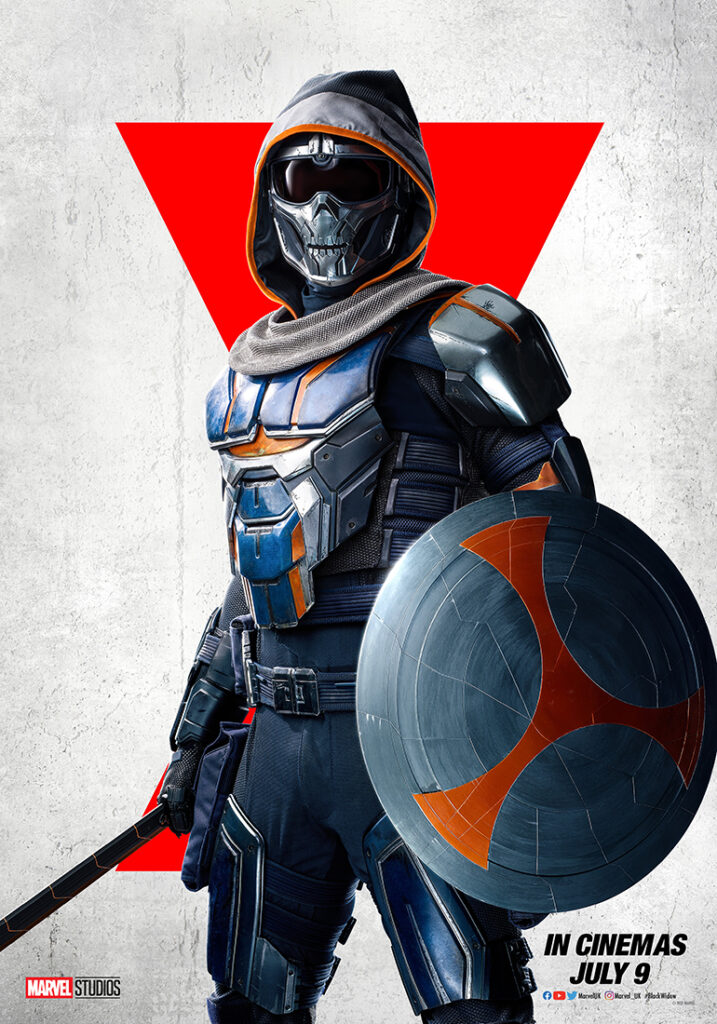 On July 6, 2020, it was announced that Marvel Studios top chief executives, including Kevin Feige, were so impressed with Florence Pugh’s performance as Yelena Belova that they plan to include her in future MCU films and she may even become the new Black Widow. In fact, Feige stated that this film was written to showcase Belova just as much as Scarlett Johansson’s Natasha Romanoff.

Let us know what you think of the Black Widow Character Posters…..