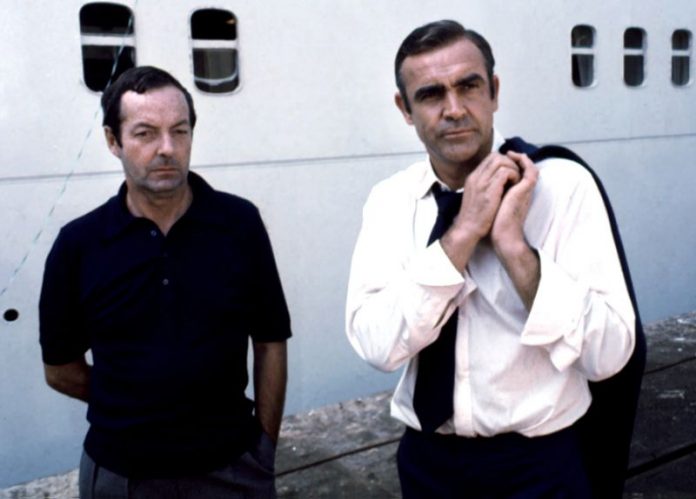 Probably not the most well known of directors but an influential one in terms of the most popular franchise ever made namely that of Bond….James Bond. He directed four of the super spy films starting with one of the best, Goldfinger which arguably set the template for future films in the franchise. He went on to direct Connery again as Bond in Diamonds are Forever before Bond transformed into Roger Moore and he directed him in Live and Let Die and  Them an with the Golden Gun. That was to be his last Bond film but went on to direct Harrison Ford post Star Wars fame in ‘Force 10 from Navarone’ and a couple of Agatha Christie all star whodunits ‘Evil under the Sun’ & ‘The Mirror Crack’d’.

Hamilton had always wanted to be a film director having worked as an assistant to Sir Carol Reed for five years and was determined to get there by the time he was 30 which he just managed to do in 1952 when h directed his first film ‘The Ringer’ a mystery thriller with Herbert Lom. From there he went on to direct a number of forgettable films with the best by far being ‘The Colditz Story’ in 1955.

He was fortunate enough to be a friend of Bond producer Cubby Broccoli who asked him if he’d like to make Goldfinger. He leapt at the chance. Hamilton was known to be a hard worker and expected the same of his crews but equally wanted to give value for money in his films determined that any money spent he wanted to see on screen.

Nominated only once in 1959 for a BAFTA and that was for the screenplay for, ‘A Touch of Larceny’ but winning the Evening Standards’s award for Best Film for Live and Let Die in 1973 it was unlikely his films were ever going to be Oscar winners not that never really bothered him.

His final film was in 1989 with a US/French co-production of a lamentable comedy called, ‘Try this one for size’ with Michael Brandon & David Carradine and at 67 he effectively retired and later went to live in Majorca where on Wednsday 20th April at 93 years of age he passed away in hospital.

With 23 films to his credit it is undoubtedly his four Bond films which will be his legacy. He is another talent we’ve lost this year and when a saddened Sir Roger Moore was told he went on to say, ’2016 is horrid’.