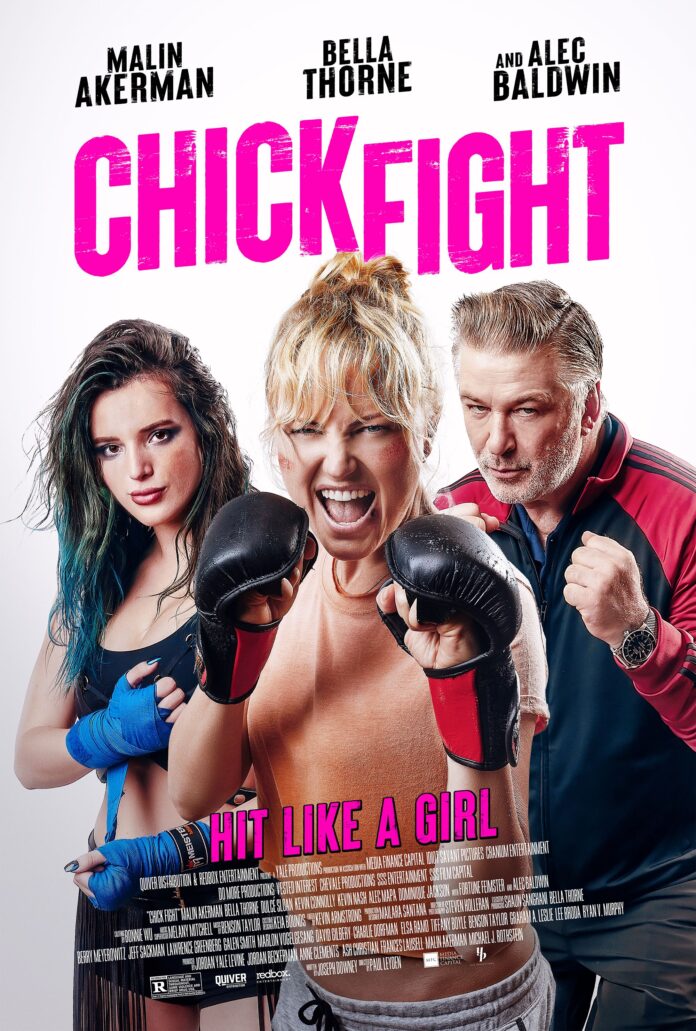 We’re only too keen to seek out centre’s of excellence and surprisingly London’s Old Kent Road is one of them. Because on a Saturday night if you’re looking for a pair of tanked up chavs screeching abuse,  grabbing one another’s weaves before resorting to smacking one another over the head with their high heels, then that is the place to be for a real life Chick Fight.  Instead the Chick Fight film follows Anna (Malin Akerman) the owner of a rarely busy coffee shop which she accidently burns down one night after smoking weed and drinking homemade hooch with her cop friend Charleen (Dulce Sloan).  What’s worse is she’s uninsured and with no money she’s on the verge of eviction from her apartment.

So what could she do to cheer herself up ? A big night out maybe? A new romance? Of course not . What Anna does do is let Charlene take her to an underground women only fight club believing that this will empower her to take control of her own life again and get her back on her feet. We’re sure there must be better ways and frankly looking at some of the participants they only thing they appear to have been fighting is evolution. Unfortunately for Anna having walked through the door of the fight club she has unwittingly entered into an unspoken deal that she must fight that night.

But Anna finds herself drawn into the melee and soon enlists a hard drinking trainer, Jack Murphy (Alec  Baldwin) who trained Sugar Ray and who agrees to put her through a training regime ……so cue the montage sequence! For Anna it ‘s much needed as, in a fit of pique, she throws down a chick fight challenge to the clubs resident top dog fighter who has a penchant for green eye make-up and hair colour and all the charm of a cocky 13 year and Chick Fight builds towards the inevitable smack down between the two. 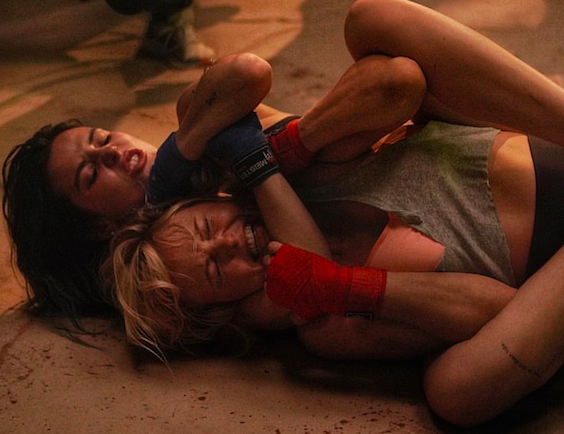 The fights between the various fighters are fetishized nearly always including blood spewing slo-mo kicks to the head and is likely to end up only in the porn collection of celebrity pop star batterer,  Chris Brown. Alec Baldwin is reliable support having seemingly left behind his leading man days to take back seat in fun roles as seen in the recent release of ‘Pixie‘. Dulce Sloan as her cop friend and Fortune Feimster as the fight club referee are there for the light relief in the stereotypical and misguided view that fat is funny but actually both roles needed punching up with better lines especially as Feimster herself  is a stand up comedian. 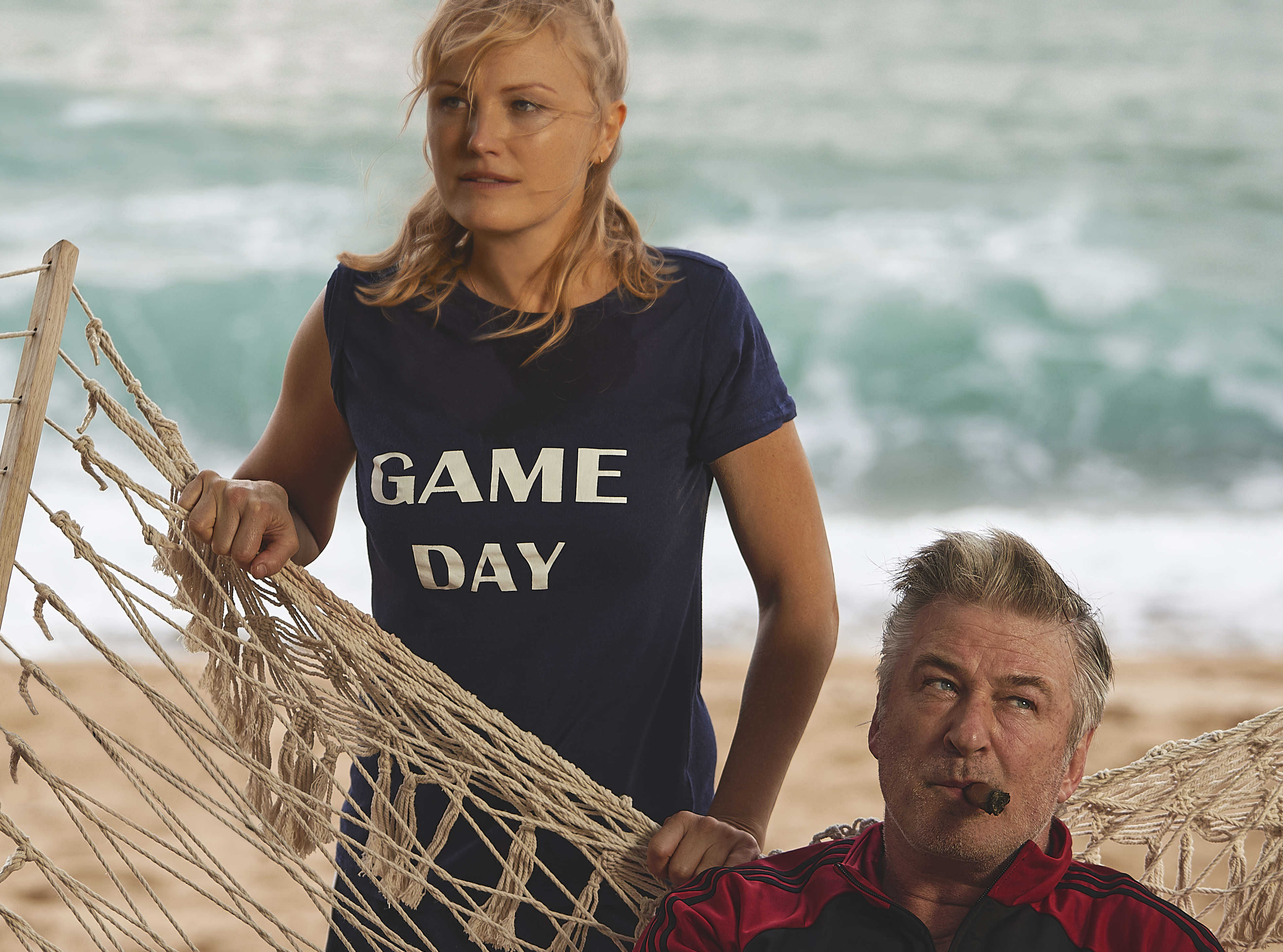 As might be expected from an ex-model Malin Akerman is an attractive woman and has successfully moved into acting for more than 20 years appearing in films as diverse as the Ben Stiller comedy ‘The Heartbreak Kid’,  superhero film ‘Watchmen’ , blockbuster ‘Rampage’ and even appeared opposite in Antony Hopkins & Al Pacino in ‘Misconduct‘ and yet has not really landed the breakout role she really deserves. It’s little surprise then that like so many actresses she has moved into producing of which Chick Fight is her first film in such a capacity. But after the #TimesUp movement having advanced women’s rights in movies immeasurably, titling a film Chick Fight seems to be a bit of a chauvinistic back step. So Chick Fight in essence as a bit of female empowerment is fine but with a script written by a debut writer Joseph Downey and directed by Paul Leyden seems a bit disingenuous and ultimately though Anna can take a punch, her life outside of the ring is still the same. So its message to impressionable young women that being able to take a blow to the head is an achievement is a little unsettling even in a comedy drama.

Here’s an interview we did with Dulce Sloan and Fortune Feimster…….