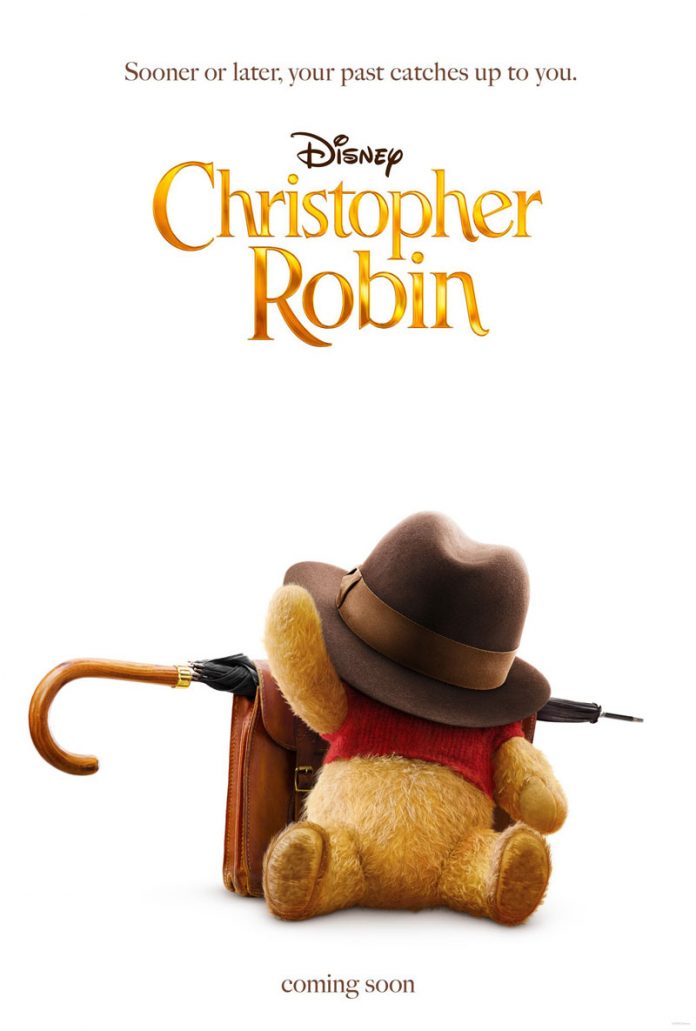 In Disney’s new film Christopher Robin the script writers have bravely tried to answer the question ‘Does a bear s**t in the woods?’ in a scene where Christopher Robin (Ewan McGregor – Trainspotting 2) runs through a woods shouting, ‘Pooh! Pooh! Pooh!’, admittedly it is because he is looking for his tubby little friend who has disappeared, but this is a film that will appeal to both adults and children alike.

AA Milne’s now iconic Pooh bear books are part of every baby’s life and Disney’s Winnie the Pooh cartoons are a delight. Here though the studio have left behind the cartoon much like Christopher Robin leaves behind his childhood. From the start the film forwards the inevitable that every child must put behind them childish things with Christopher Robin having one final tea party with his 100 Acre Wood friends before his father sends him off to boarding school. It is the end of his childhood and many adults may well find this reminder of their own childhood tear inducing. It’s this early montage at the start of the film that has Christopher Robin growing up, getting a job, meeting his future and shortly to be pregnant wife, before going off to war and returning to his wife and daughter and a responsible job for a suitcase manufacturer. 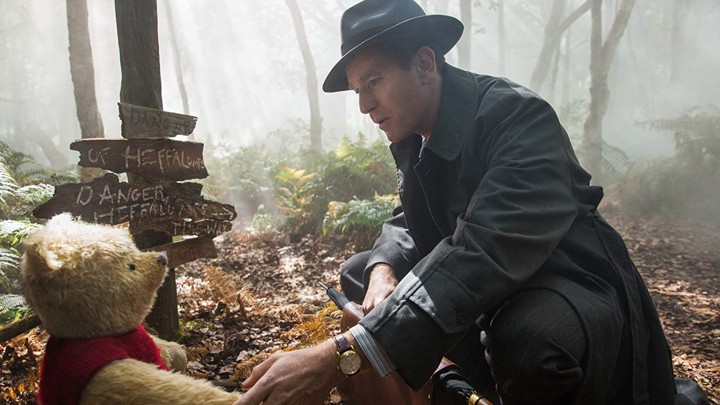 Under pressure to make cuts to save the company Robin has to work the weekend instead of spending precious time with his daughter and wife in their country cottage where he grew up. In that regards this is resolutely middle class with their London family home being unobtainable to any one not being the CEO of a business. When his wife (Hayley Attwell) decides to take their daughter to the country anyway, the strain is already showing on his marriage as he stays at home conflicted by what he know he should do with what he has to do.

He’s not the only one who pines for simpler days with Winnie the Pooh et al missing him as much as his daughter does and its Pooh who walks through his tree home’s front door only to find himself reunited with the adult Christopher Robin.

Director Marc Forster has helmed big budget films Quantum of Solace and World War Z but his real forte has always been small human dramas like Finding Neverland & Monsters Ball and it’s this that makes the film so empathetic. The subtext about the importance of a fathers relationship with his daughter as well as the inevitable loss of childhood friendships is one that very adult can relate to. Being a Disney film it’s keen to stress the importance of family which in a day of cynicism is no bad thing to see in a film.

But whilst this is something that adults will pick up on this is equally of appeal to children with its brilliantly rendered versions of Pooh, Tigger, Eeyore, Rabbit, Owl, Kanga & Roo. Moving away from the animated versions of the characters these are children’s soft toys that are a little dog eared and rough round the edges and are clearly loved by a child made real through CGI and for once blend in perfectly with their surroundings. It helps too that Pooh and Tigger continue to be voiced by Jim Cummings in his honey smooth tones and the others are just as good with Brad Garret voicing the depressive cynic Eeyore with some of the best lines. They are of the appearance that will have young children thinking that maybe, just maybe, their own soft toys might come alive too.

It’s Pooh and co that enable the now adult Christopher Robin to see who and what really matters in life  in what is ulitmately an ode to childhood although the final act of the film does include a not wholly necessary race against time sequence.

Christopher Robin is utterly delightful, utterly charming and one of the most endearing childhood themed films to have graced the screen in a long while.

What we know about Ant Man 3……