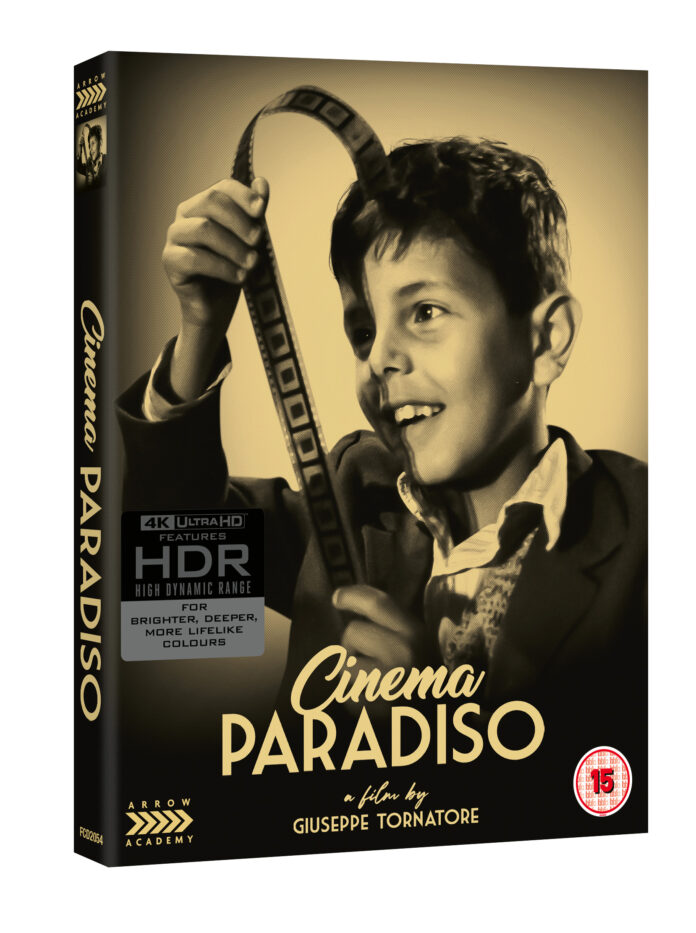 There have been a number of movies about movies but Cinema Paradiso is really in a league of its own. Written and directed by Giuseppe Tornatore it’s part biographical but really its his love letter to cinema involving a filmmaker Salvatore recalling his childhood and his village cinema where he formed a friendship with Alfredo the pensioner projectionist. Told in flashback the elderly man develops a fatherly relationship with the young boy as he learns life lessons and to love film.

It doesn’t sound much but it’s a truly wondrous film. Starring Salvatorre Cascio as the young Salvatore he is utterly captivating and Tornatore spent a long time finding the right child auditioning several hundred. Added to this was the eventual casting of respected French actor Phillippe Noiret as the projectionist, a decision that the producer suggested as it would have a wider international appeal for the film. Producer and Director were not always on agreement about the film.

Tornatore gave himself a quick cameo but only because his own cinema hero Fellini who he had approached about playing in the film with a blink and you miss it cameo but turned it down suggesting, rightly, that his appearance would detract from the film. 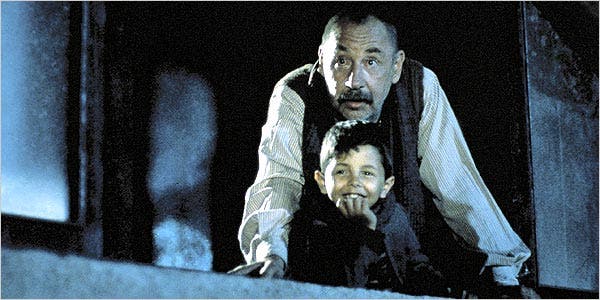 When the film was finally cut it lasted for well over two and a half hours and when released it did little business and audiences largely ignored it. Tornatore cut out 25 minutes of the film but it made no difference to the local audiences before it went to the Berlin film festival. But word of mouth about its poor showing in Italy had got out and a snooty judge was deriding Italian cinema until he was eventually persuaded into watching the film. Critics quickly changed their opinion and saw Cinema Paradiso for the masterpiece it is and word spread quickly with huge expectation at Cannes where it won a rare double, the Palme D’Or as well as the Grand Prize of the Jury. Unsurprisingly the film was quickly bought up for distribution in the US  where it went on to wow audiences before winning the Golden Globe for Best Foreign Film quickly followed by an Oscar in the same category and then again at the BAFTA’s as well as Best Actor and Supporting Actor for the two leads as well as Best Screenplay and Best Score.

And rightly so. If ever there’s a film to get you falling in love with cinema this is it and the new blu- ray disc is well worth investing in. There’s a number of decent bonus features with Giuseppe Tornatore himself talking about the film and a number of informative featurettes including a new trailer and a kissing montage (if you’ve seen the film you’ll know why that is included).

Lovingly restored in 4K to its original two-and-a-half hours of glorious, and much-needed, escapism which can, for once, rightly be called a classic. If you’ve never seen Cinema Paradiso then make the time. You’ll thank us.