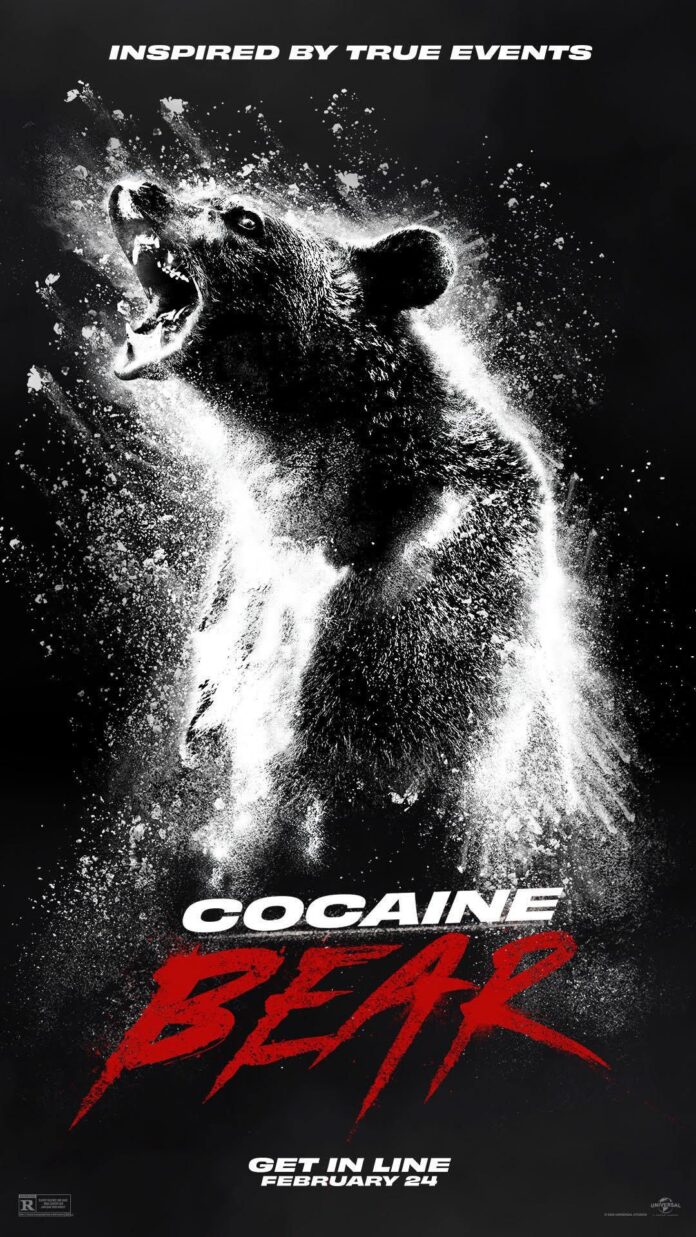 Landing in our inbox is the extraordinary Cocaine Bear trailer that’s part comedy, part horror and seemingly all true!

Inspired by the 1985 true story of a drug runner’s plane crash, missing cocaine, and the black bear that ate it. This wild dark comedy finds an oddball group of cops, criminals, tourists and teens converging in a Georgia forest where a 500 pound apex predator has ingested a staggering amount of cocaine and gone on a coke-fueled rampage for more blow … and blood.

Cocaine Bear is directed by Elizabeth Banks and is a little different from her usual oeuvre because although she has helmed comedy and action with the Charlie’s Angels reboot and Pitch Perfect 2 she’s not handled horror before and the horror comedy is notoriously tricky one to pull off well.

Cocaine Bear will be in UK cinemas on 24th February 2023

Judi Dench’s next film will be…….