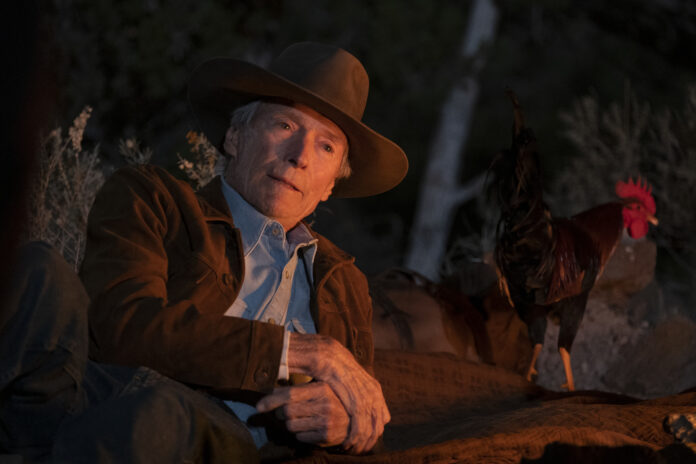 Ending Clint Eastwood’s string of true life story films is Cry Macho. It’s a script that’s been kicking around Hollywood studios for years and the story starts in 1979 with grizzled old rodeo rider Mike Milo (Eastwood) retired due to a rodeo riding accident. It’s always seen as a bit of a mad thing to do trying to straddle the back of a furious bucking animal an experience only our Editor has known on his honeymoon night when he called his new wife by his ex-girlfriend’s name. This is a return to an era of cowboys and Mike has lost his way turning up late for work at the ranch where he works and is read the riot act in an expository speech by his boss outlining Mike’s history  with booze and pills before he finally fires him.  The boss role played by Dwight Yorke is ideally suited to Boris Johnson as shortly afterwards he does a U turn hiring Mike back to collect his estranged son Rafa from his party mad Mexican mother Leta and Mike owes his former boss an undisclosed favour and he heads down to Mexico where he is caught by Leta’s goon guards and told that the 14 year old is a gambler , a drinker and a cockfighter  – much like our Editor except for the last which due to a terrible misunderstanding almost landed him on the sex offenders register (‘You’re fired!’ – Ed). 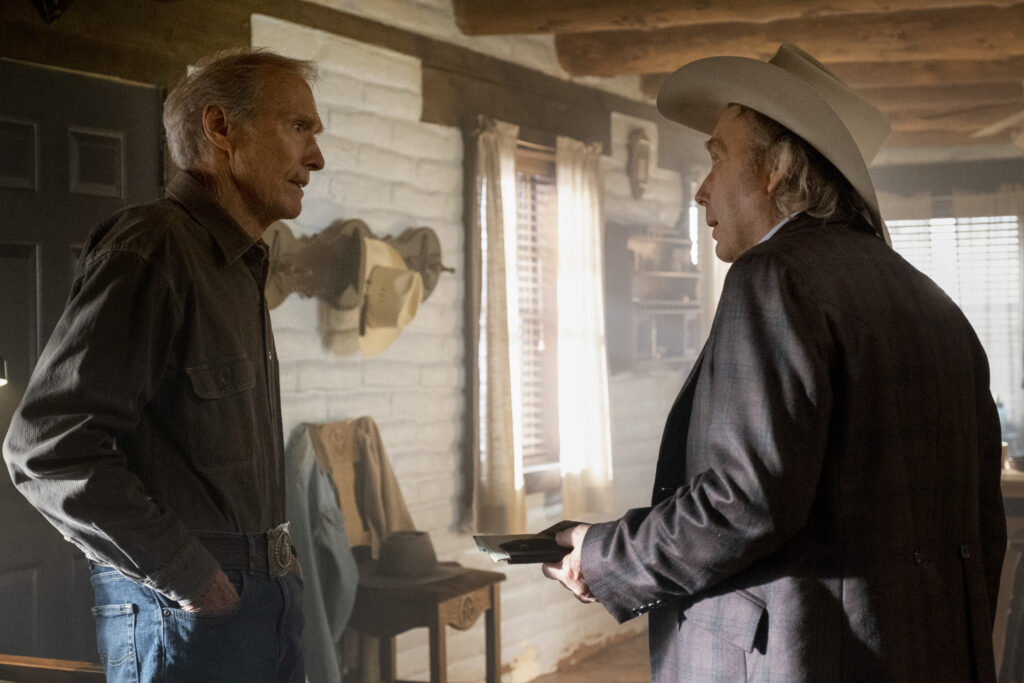 After a barely credible moment where Mike declines Leta’s offer to jump his bone he finds the cowboy mad Rafa and takes up the offer to be taken by a real life cowboy back to his father’s ranch back in the US. With Leta’s bodyguard and corrupt police in pursuit they lie low in a small village and it’s there where much of the films charm lies as Mike helps tame wild horses and his affinity with wild animals has the locals bringing him their live stock like some mid western Dr Dolittle. At the same time  a love story develops between Mike and local cafe owner Marta whose business somehow manages to stay open despite no customers ever appearing to eat there. Like Mike she is widowed and is raising her orphaned grandchildren and there’s a beautifully shot dinner table sequence as Mike slowly opens up to love and family. Clint might be in his nineties but his eyes come alive when their emerging love story develops.  Cry Macho is a simple slow burn tale but is both sincere and slightly melancholy in its message  that life is worthwhile no matter how old you are.