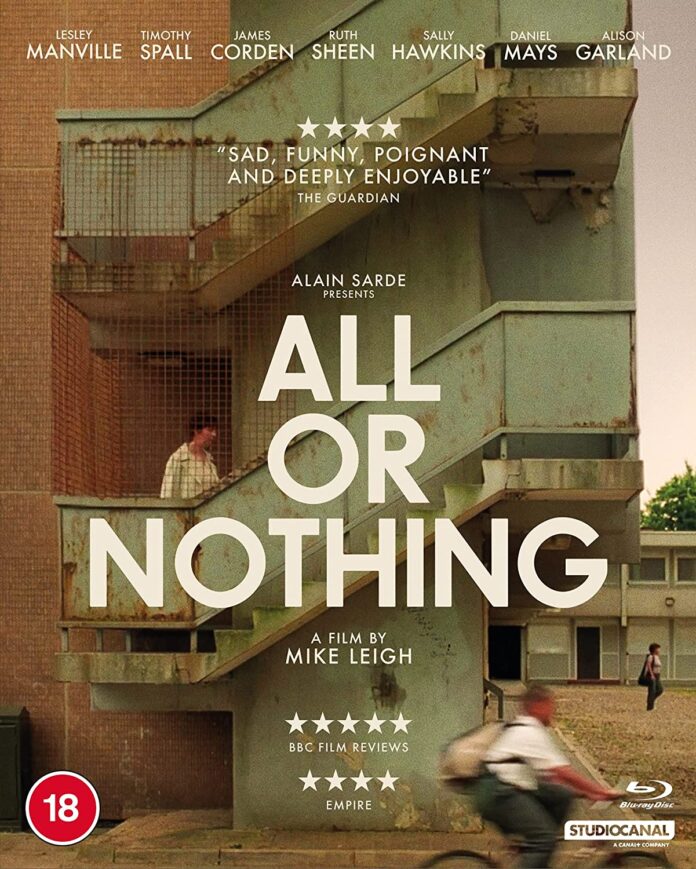 After the acclaim and Oscar wins for 1999’s Gilbert & Sullivan bio-pic Topsy-Turvy director Mike Leigh returned to his contemporary dramas with All or Nothing. Featuring Timothy Spall as taxi driver Phil  and his partner Penny (Lesley Manville)  as a poor working class couple falling out of love. With their two teenage children also living with them the film was very much what Leigh would describe as ‘working class people having a tough time’ . It’s only when a crisis hits that the couple begin to reconnect.

It’s typically Mike Leigh stuff and had been developed in his usual style of rehearsals and improvisation over 6 months as he drew a story out of the actors as they developed their characters and as usual Leigh elicits great performances from his cast of actors and as always he has cast well. Not only did he have Spall and Manville but it was the first feature for Sally Hawkins. Leigh also had a young Daniel Mays and perhaps most surprising in light of where he is now is an even younger James Corden.  It’s hard to reconcile his grating public persona with his early years where he really was a very good actor before ego devoured him. He is good in this and quite how his career would have progressed if he’d stayed in straight dramas is something we’ll never know. 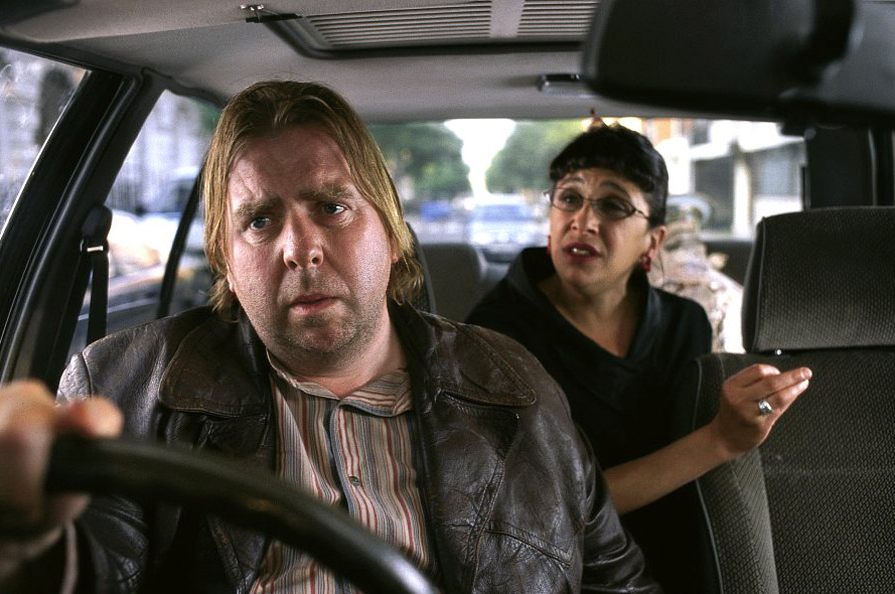 All or Nothing didn’t do the business that Topsy Turvy had done especially in America where it had played in cinemas for months and a downbeat British drama was never going to take the US by storm but this re-release on blu ray is well worth a look with a disc that has a number of decent bonus features that includes an interview with Leigh himself talking about the film as well as his late producer Simon Channing Williams who he clearly admired and was the driving force in getting the famously single minded Leigh and his films financed. There’s also interviews with Leigh’s long time DoP Dick Pope who talks about the film and their working relationship as well as an interview with the cast who all talk warmly about the director who by his own admission will only make films one way, his way

Here’s the All or Nothing trailer….

ALL OR NOTHING IS ON BLU-RAY NOW