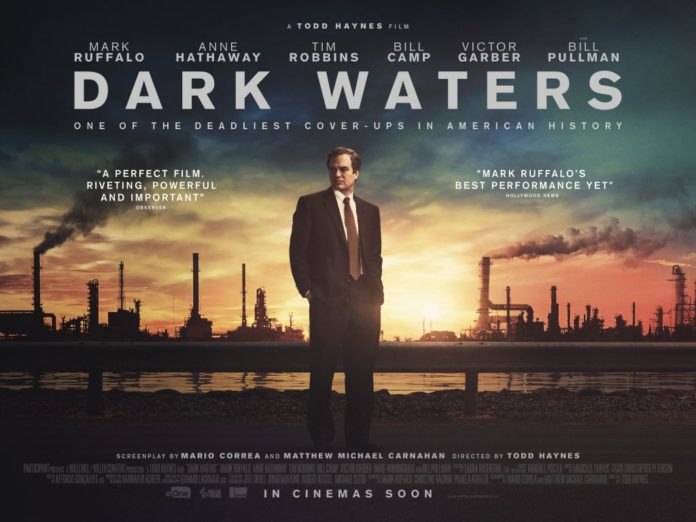 Pancake Day, aka Shrove Tuesday, begins the countdown to Lent and ultimately Easter – which moves around from year to year like the Tory party calling an election when they feel like it or the Labour party ever fluid excuses for never being quite able to apologize for their inherent anti-semitism. Frankly neither can be trusted and much like them neither can the real life chemical company DuPont in Dark Waters. Based on a magazine article the film picks up with Rob Bilott (Mark Ruffalo) a corporate defence attorney newly on the board of the moderately sized company he works for when he’s pulled out of a meeting by what appears to be a country hick with a box full of VHS tapes and about as welcome at the company as he would be trying to offload them at a charity shop.  The man is Tennat, a wildstock farmer, asking for his help because his neighbour is Bilott’s grandmother who has told him her grandson can help. To keep his grandmother happy he travels out to see the man at his farmstead driving there in a battered car that looks as about as reliable as most lawyers do. Escorted around the farm Tennat explains to him how his livestock for several years is just going mad and dying and on cue they are charged at by one of his animals, presumably livid that the presence of a lawyer is enough to contaminate the farmland. Tennat suggests that it’s to do with the water in the stream running through his land suggesting that its connected with the land that he sold off to a chemical company and used to bury huge drums of a liquid ominously named C8.  Initially seeing him as a bit of a conspiracy theorist  Bilott reluctantly agrees to look into the matter  but it’s an awkward position he finds himself in as his company also represents chemical companies and is keen to maintain them as a client. Bit by bit Bilott’s enquiry start to get under the skin of the CEO and there’s a moment when the initially friendly CEO just snaps at him and that’s when he knows he’s on to something. 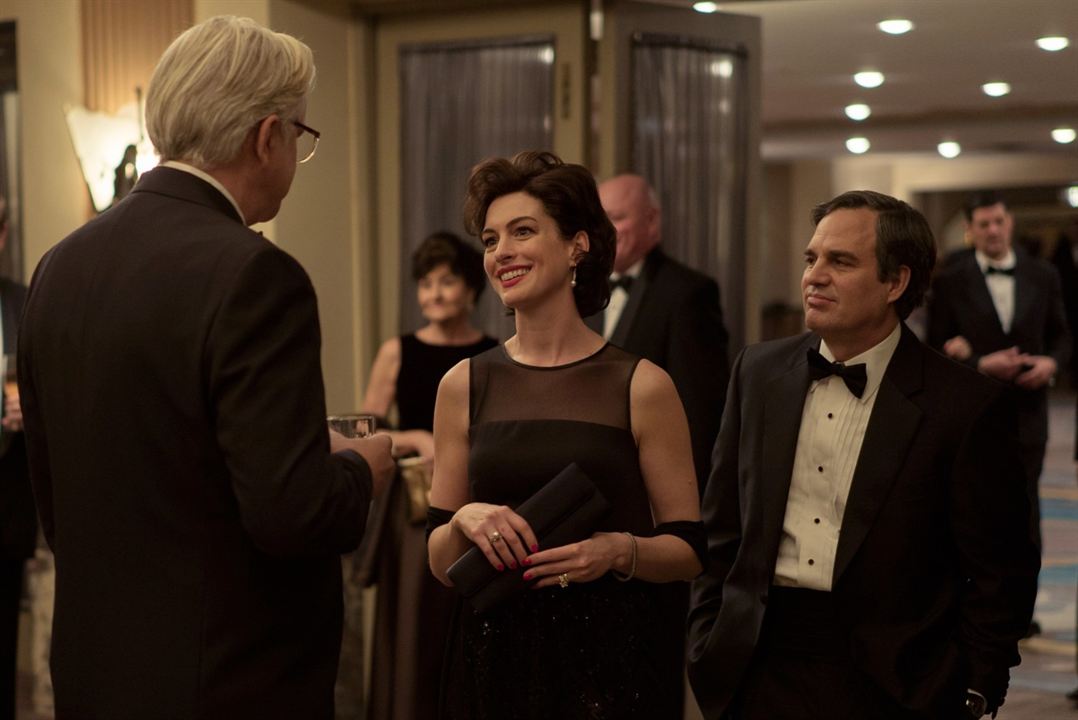 Dark Waters is one of those corporate cover up scandal’s that here pulls apart the chemical giant DuPont with alarming results and for Bilott it quickly becomes an obsession as he almost single handily investigates the case to take out an environmental lawsuit against DuPont.  What the film reveals is truly astonishing getting right to the root of how cover ups are allowed to…….. well, remain covered up and here it’s down to companies being allowed to run their own self regulating environmental protection agency . Like watching a narcoleptic operate a circular saw in a mill house you know it’s going to end badly. Dark Waters plays like a David & Goliath battle and the moral centre of the film is Ruffalo fighting for Tennat who is dying and there’s an urgency to get the company to court as what is uncovered has decimated a whole town with mystery illnesses. But it get worse and the final credits of the scene reveal utterly shocking stats that are as horrifying a read as a politician’s apology when caught with an underage rent boy.

Directed by Todd Haynes, Dark Waters has a good cast led by Ruffalo and unsurprisingly it also has the liberal minded Tim Robbins in support as well as Bill Pullman in a quirky role as an eccentric lawyer and it’s only Anna Hathaway as Bilott’s wife in what always seems to be underwritten roles in dramas like this.  Centred on the creation of DuPont’s Teflon product the company tried everything to evade the claim made against them but unlike teflon here the allegation sticks