Dave Prowse was a bodybuilder and the Green Cross Code man but for nearly half his life he was known by nearly everyone as being Darth Vader the iconic villain of the Star Wars trilogy.

Born in Bristol on July 1st 1935 David Charles Prowse  was raised by his mother on a housing estate after his father died. From his childhood he suffered from arthritis at one point having to wear a leg brace for a couple of years and it was this that drove him to take up weights in a bid to strengthen his body. Having become interested in bodybuilding in his teens he would go on to compete and win British heavyweight weight lifting championships three times and would represent the UK at the 1962 Commonwealth games in Australia and the following year would see him marry Norma Scammell with whom he would have three children. He would also go on to compete in Mr Universe competitions where he would befriend Arnold Schwarzenegger and Lou Ferringo both of which would go on to play iconic screen characters. 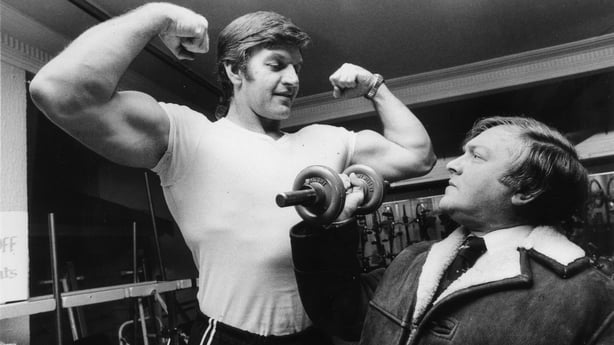 Dave Prowse had already developed an interest in acting and his impressive physique made him ideal casting as Frankenstein’s monster in 1967’s Casino Royale (even though he was uncredited). He would go onto appear in many TV series before repeating the role in The Horror of Frankenstein in 1970 following it with a number of comedy films including a Carry On film before appearing in Stanley Kubrick’s A Clockwork Orange. It was in 1975 that he would appear in the first of his two iconic roles as the Green Cross Code man in children’s public safety ads and it was the role he claimed to be most proud of with its road crossing mantra saving untold number of kids lives. In such capacity he would make school visits and various PA’s until 1990 and would be awarded an MBE in 2000 for the campaign. Work regularly came in for him on a continuing diversity of screen projects and even became a personal trainer to Christopher Reeve for his role as Superman (a role he had auditioned for) having opened his own gym back in 1969. 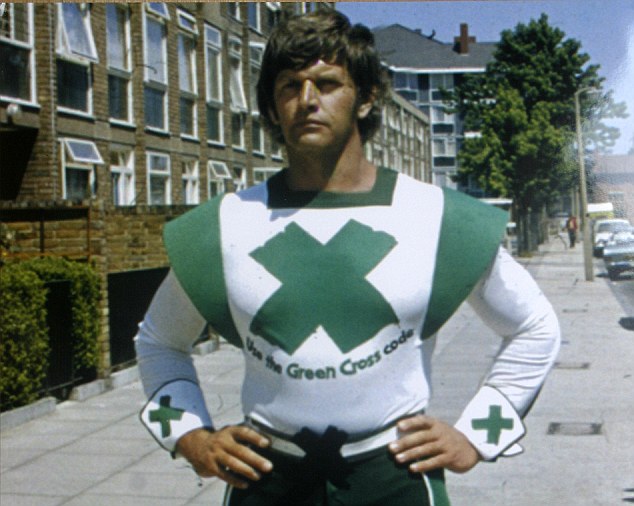 But by then the role that would define Dave Prowse had already come along. Again it was his 6’6’ build and physique that had aught director George Lucas attention and had offered him the role of Chewbacca but on finding that there was also the role of Darth Vader on offer he took that knowing rightly that people always remember the bad guy. He was right but despite being the man behind the mask and saying the lines his West Country accent voice was dubbed over by actor James Earl Jones (earning him the crew nickname Darth Farmer) Prowse was deprive the opportunity to get his face on the screen when Vader was unmasked in Return of the Jedi instead being replaced by another actor.  But the role would ensure longevity on the fan convention circuit for Dave Prowse where he grew increasingly vocal over the years about his voice and face not being used and it was rumoured that he and George Lucas fell out to such a degree that by 2010 he was banned from appearing at official events. 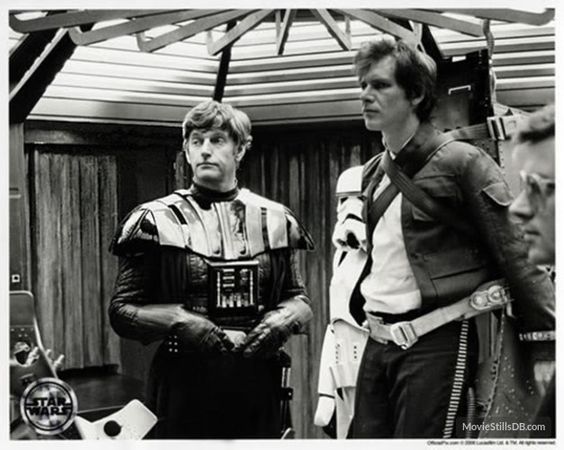 It was an unhappy period for him having received treatment in 2009 for prostate cancer but in 2001 he published his autobiography, ‘Straight from the Force’s mouth’. But after the original trilogy his screen roles grew sporadic with his last appearance being in a 2016 TV series. He died on 28th November 2020 aged 85.

With Kenny Baker (R2-D2) and Peter Mayhew (Chewbacca) having passed Dave Prowse is the latest icon from the trilogy to pass away.