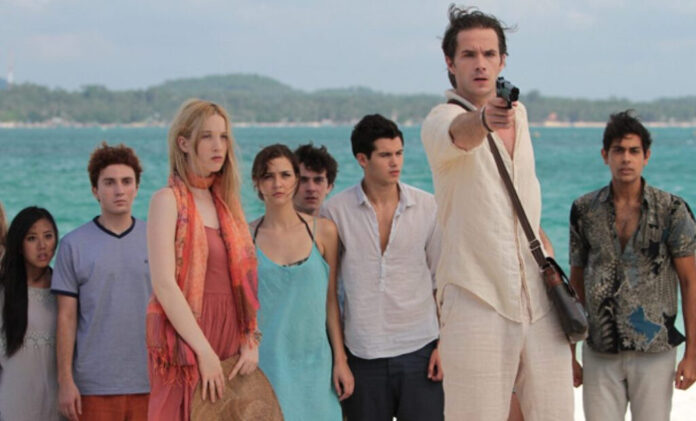 So those who went to University may remember with a sense of regret the Philosopher’s , those insufferable students who wore market stall berets and wispy soul beards and the male students were even worse. Well the philosophers in The Philosophers obviously didn’t get the student dress code memo because here there’s not a Radiohead T-shirt in sight. Neither are they sat in a cramped classroom being talked at by a crusty old lecturer with half his lunch still in his beard but rather they’re all in a sun dappled conference room on the coast of Jakarta with a clean cut casual clad actor James D’Arcy as their Professor, Mr Zimit.

It’s almost the last day of term and they await their grades but their philosophy teacher throws his class of 21 students, on the verge of graduating, a dilemma. Now unlike the dilemmas faced by the AnyGoodFilms team have namely, if our Editor doesn’t buy a round of drinks then whose turn is it to pee in his pint when his back is turned? However what is posed here is just as much the sort of ‘mates at the pub’ talking point.  So the students each blindly pick a card with an identity and a personal issue they then have to select who they would choose to live in an underground shelter in the event of a nuclear apocalypse and thereafter repopulate the world.  Mercifully this is not like some challenge on Big Brother which surely would have had the rest of the world openly embracing nuclear armageddon than having to mate with a contestant last seen licking windows in the high street. 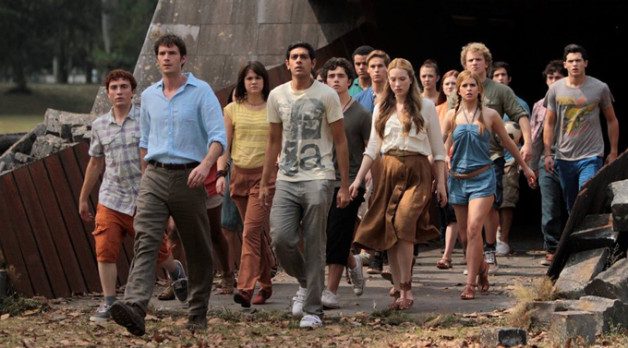 It’s an intriguing premise with jobs ranging from a poet to a structural engineer but having to balance it with issues such as a terminal illness to loss of speech. The students themselves are an eclectic bunch with a star pupil, the token gay male and the bossy boots like the flame haired Georgina (Bonnie Wright) though surprisingly at no point do any of the others tell her that she can’t help repopulate the world because she’s ginger.

The film goes on to play out several of the scenarios with various combinations of the chosen few and early on it’s intriguing as their teacher orchestrates the fallout of their decisions with who they have chosen. By the end though it becomes trivial with actual philosophical dilemmas such as the ignorant bliss parallax enacted but by the end its reduced to daftness where one characters choice seemingly based on that of a 14 year olds wank fantasy. There are interesting and provocative ideas at play here in several of the scenarios and it keeps you watching with wanting to know how it would turn out for the chosen ten in each case. 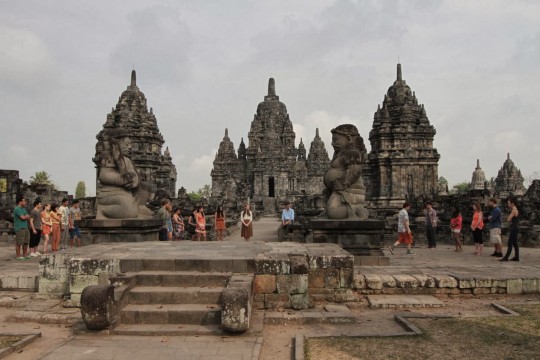 It’s D’arcy who has the best role with a largely unknown cast though some might recognise Freddie Stroma who played that awful gap year traveller in The Inbetweeners 2. Formerly titled ‘After the Dark’ this is essentially a dinner party game and though the film is shot in some jaw droppingly stunning Indonesian locations ultimately The Philosophers would perhaps be better suited to a stage play.

Actor James D’Arcy talks about his role in the film as well as the future of Marvel’s, ‘Agent Carter’ ……..