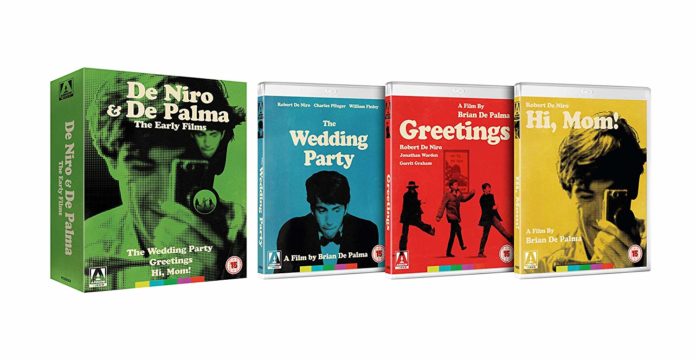 De Palma De Niro The Early Years sounds a bit like some B-movie nightmare but is a box set of the directors and actors first films together as each started off in their respective careers. De Palma was part of a movie brat pack that included fellow directors Spielberg , Coppola,  Scorsese and Lucas each of which would make their own indelible impression on cinema. For every Jaws, The Godfather, Taxi Driver and Star Wars each director had a less than auspicious start. So whilst Spielberg’s ‘The Sugarland Express’ was decent enough and in keeping with his own future films as was Lucas’s ‘THX-1138’, but for Coppola  it included low budget horror film ‘Dementia 13’ and for Scorsese it was ‘Who’s that knocking at my door?’  a romance that dealt with a rape.

All of these director’s film have a novelty value in light of their classic future films. De Niro, though mostly associated with Scorsese (their latest collaboration on The Irishman is eagerly anticipated) has worked frequently with Brian DePalma with their best film undoubtedly  being ‘The Untouchables, a film that won Sean Connery an Oscar for the world’s only Scottish accented Irish cop.  But the De Palma De Niro first films together were 1968’s ‘Greetings’, 1969’s ‘The Wedding Party’ and 1970’s ‘Hi Mom!’ 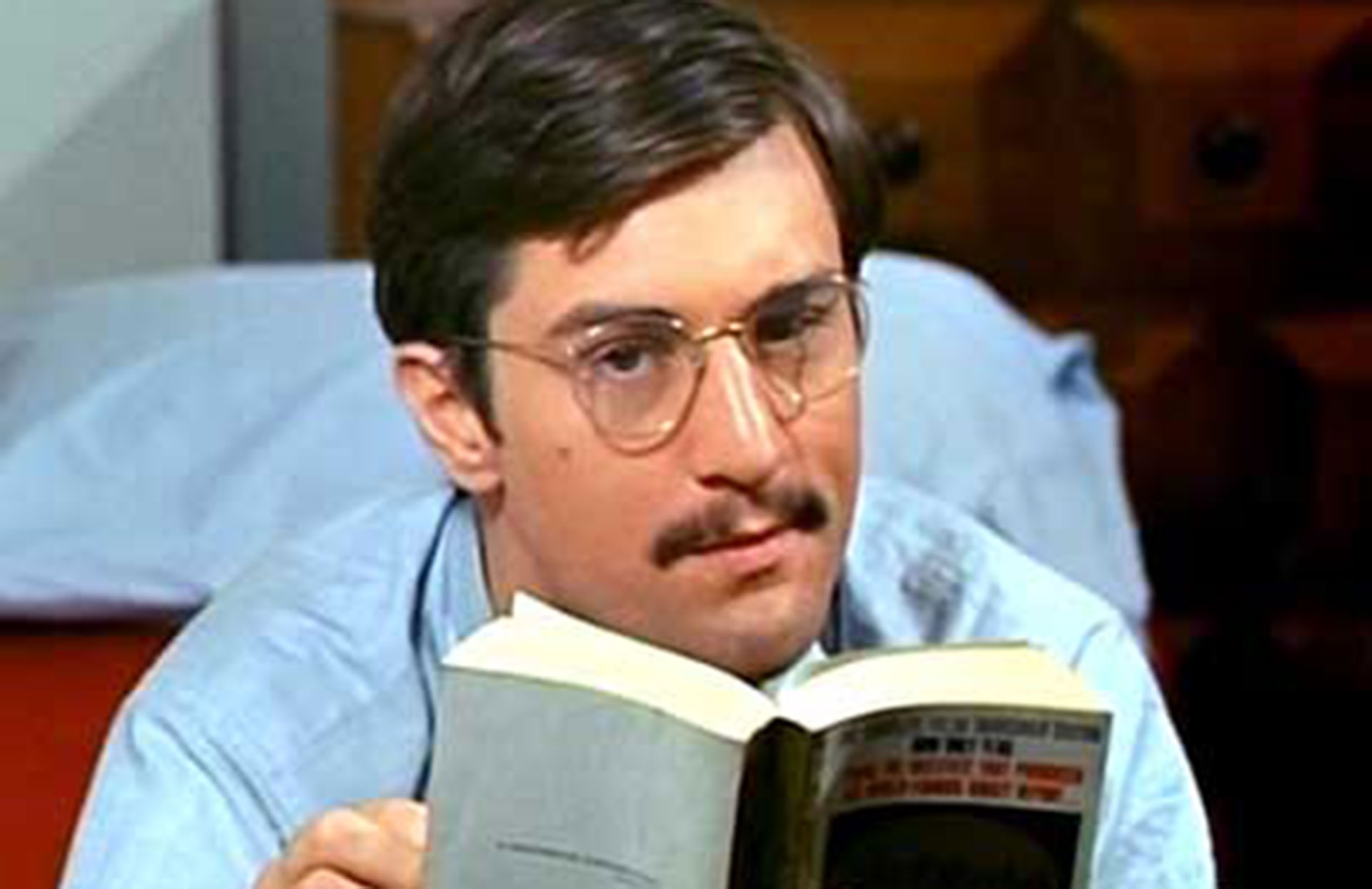 For De Palma the films were almost experimental as he played with style and themes. Greetings was his first feature film  based on a screenplay that he wrote with producer Charles Hirsch and dealt with themes of voyeurism (an ongoing theme in many of De Palma’s films), conspiracy theories (notably the assassination of JFK), and computer dating (something which was just starting up). The film was shot in 12 days and starred three actors notably De Niro and was shot wherever they could as they had no money for filming permits so it included the New York zoo and Hirsch’s parents house.  It was an offbeat film which owed much to Richard Lester’s Beatles starring films like ‘A Hard Day’s Night’. It’s release was delayed but made enough money for them to finance another film provisionally called ‘Son of Greetings’ but changed to ‘Hi Mom’ purely because it was the last line spoken in the film.

Hi Mom! continued  the theme of voyeurism with De Niro’s Vietnam vet character returning home and sets up a film company that films people living in the opposite block of flats. Calling this technique Peep World it was plain old voyeurism and his character meets one of the women living opposite films and he gets drawn into a black movement and ultimately terrorism.

The Wedding Party had De Niro as Cecil one of two groomsman and plays as something of a limp satire on the wedding rituals including the stag night. If it’s uneven it was because DePalma was still looking for his own style and would soon end up appropriating many of Hitchhcock’s something which he would be heavily criticized for and spent a vast proportion of his career trying to shake off. His Hitchcock obsession would come to a head ironically in his film Obsession (almost a direct lift of Vertigo). He ultimately had enough style to make his films identifiable as his own using deliberately paced set pieces, split screen and slo – mo often used to stunning and brilliant effect. 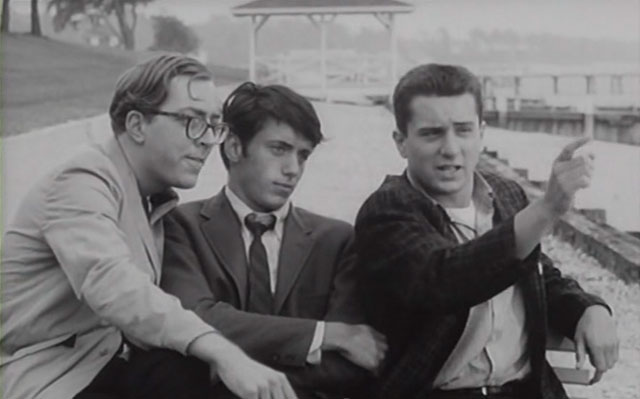 The De Palma De Niro box set unusually for an Arrow Films release is light on extras with only a featurette ‘Brian De Palma The Early Years’, ‘Charles Hirsh on Greetings’ and ‘Hi Mom’, and a press book of stills from the films . Unfortunately there’s no commentary from De Palma himself but instead ‘Greetings’ has one by Glenn Kenny an author of a book on De Niro and there’s a limited edition collectors book with the box set.

Perhaps the real interest is that all of the films have a comedy element something which DaPalma was never going to be known for and De Niro only after 1988’s Midnight Run.

Both De Palma De Niro would go on to greater and better films but the disc set is an interesting insight into their early films which are rarely if ever broadcast and perhaps this is a box set for devotees of the director and actor only.

Here’s the trailer for Greetings:

Here’s the trailer for Hi Mom!

Here’s the trailer for The Wedding Party…..