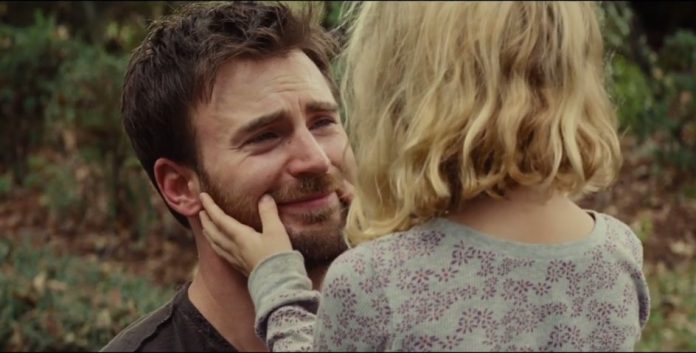 Brendon Fraser (remember him?) had a balanced career flitting between big screen blockbuster franchise ‘The Mummy’ with smaller more thoughtful films like the Oscar nominated ‘Gods and Monsters’ and ‘The Quiet American’ until it all came to a crashing end with ‘Inkheart’ and other instantly forgettable dreck and whose career now seems to be TV based.  It’s a business model that actor Chris Evans is adopting alternating his Captain America and Avenger films with low key small budget films like ’The Iceman’ and now this week’s release ‘Gifted’. At times looking like Hugh Jackman as Logan here he plays Frank Adler the uncle to his prodigiously gifted (ahhhhhh we see what they did there!) maths prodigy niece. The seven year old child Mary, endearingly played by McKenna Grace, is an orphan after her father ran off at the first sight of her mother’s pregnancy and with her mum being a maths genius it soon becomes clear that the apple didn’t fall far from the tree as demonstrated in a funny classroom scene.  It turns out that Mary’s mother wrestled with her own genius and was on the verge of a major mathematical breakthrough until she committed suicide. With Uncle Chris Evans taking on responsibility for Mary he is wary of the child having any special treatment wanting her to instead have a normal childhood but it’s his own mother, Mary’s grandmother, played in wicked witch style by Lindsay Duncan, who has other ideas and so a court room battle ensues as to who will have custody of the child.

Despite some glaringly overt product placement for beer notably Bud Light & Rolling Rock as well as for Special K cereal and Apple computers this does play like a superior TV movie of the week. With a small child in a tug of love contest this unrepentantly tugs at the heartstrings with a riveting court room drama at the centre, of which we could have seen more, balanced by some heartbreaking scenes.