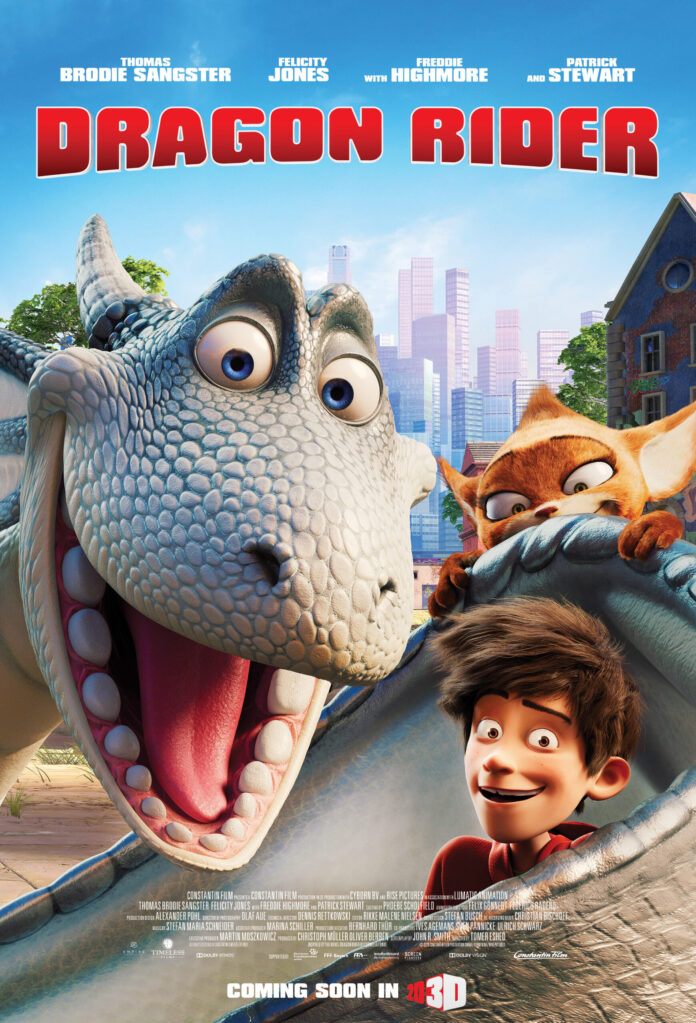 So this would be the approach to the half term but instead lockdown has extended the Christmas holiday for kids until they hit retirement age we now have the release of animated feature Dragon Rider which will at least give the kids a momentary distraction from tormenting their parents. Opening with an explanatory prologue where dragons and humans lived in unison until the humans got greedy and expanded their population across the world and for the dragons its gets worse when a lunatic scientist (is there any other type in films like this?) invents a giant metal dragon that hunts and devours the flesh and bone dragons who understandably scurry into hiding for years.

Leaping forward to the modern day the dragons are still in hiding but find that once again the humans are ever expanding into their last hiding place. With the elder dragons pondering over what options they have left there seems to be only one place left for them to go, the legendary ‘rim of heaven’. This possibly mythical location is regarded as ‘Paradise for Dragons’ a description shared with Monday afternoon bingo at the Women’s Institute, but with no one knowing where it is it may be that the dragons only option is to fight. 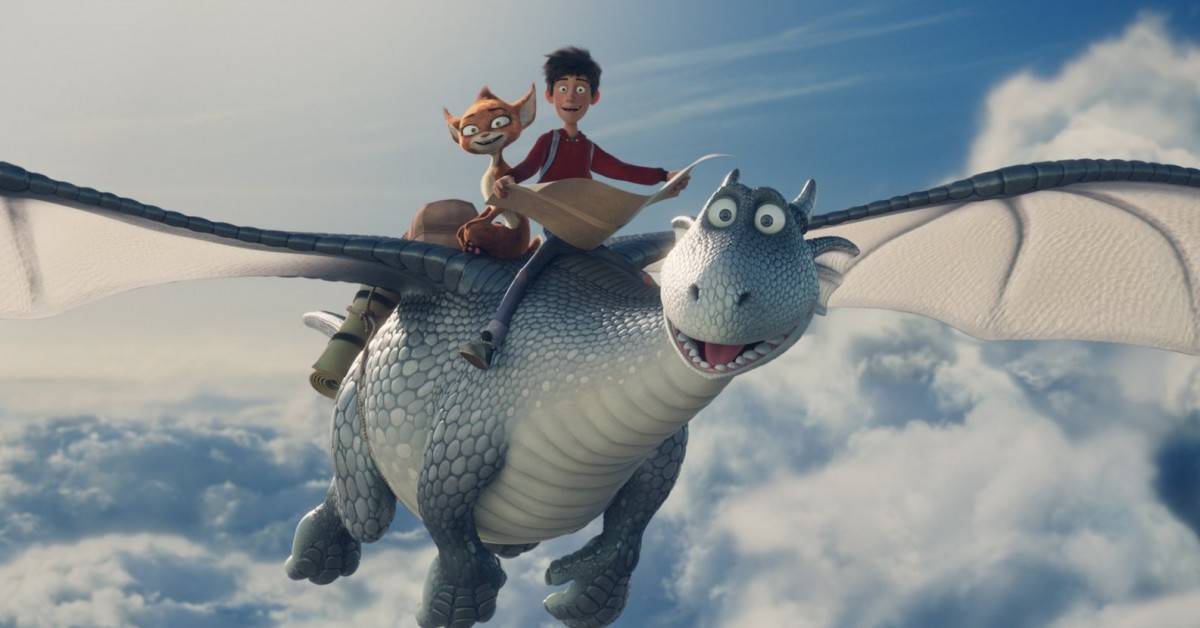 But this is where Firedrake, a rare silver dragon and his woodland sprite friend, Sorrell, described as a forest brownie and after a country walk goodness only knows we’ve all accidently stepped in one. Firedrake and his inability to breathe fire has earned him the nickname ‘Lame Flame’ but things start looking up when he encounters street urchin and jewellery shop thief Ben that things take a turn for the better. Regarding Ben as a Dragon Rider they both, along with Sorrell, journey through the Himalayas looking for the ‘rim of heaven’. Encountering a number of obstacles in their quest they also come to the attention of the metal dragon hunter  determined to bag himself a rare silverback as a snack.

Dragons have always been a favourite with kids and though Dragon Rider is based on its own novel it is indebted to the ‘How to Train your Dragon’ franchise even going as far as to feature scene with a film premiere for a ‘How to tame your dragon’.  Dragon Rider suffers in comparison with an array of dragons is not as captivating as those on view in that franchise and the characters here lack the draw too perhaps none more so than Sorrell looking more like an early design from a discontinued video game it suffers also from the level of detail that the films of Pixar have led us to expect.  Ben, the human sidekick, though he is a street urchin is basically a common thief with a back story that a lazily shoehorned plot device allows to be revealed via a newspaper clipping he carries around in his rucksack.  Firedrake has something of the Dumbo gene about him in that like the baby elephant’s belief that he can only fly with the feather he’s been given, Firedrake believes he can only breathe fire with Ben as his dragon rider being present.

With Thomas Brodie Sangster, Freddie Highmore and Felicity Jones voicing Firedrake, Ben & Sorrell it’s only Patrick Stewart resplendent voice that distinguish himself from the generic tones of the others (although Jones is still a very good actress but her voice is not distinctive enough from any other actresses for an animated film) Dragon Rider has its plus points with many of the landscapes stunningly realized and the metal dragon,  a genie and a somewhat stereotypical elderly Indian as couple comic relief are fun but the film lacks the subtext that the best Pixar films have that make them a joy for adults and the only subtext here is the environmental message which will please campaigner and full time truant Greta Thunberg but Dragon Rider is very much aimed at a younger audience.

DRAGON RIDER IS RELEASED ON 12TH FEBRIARY 2021 ON SKY CINEMA