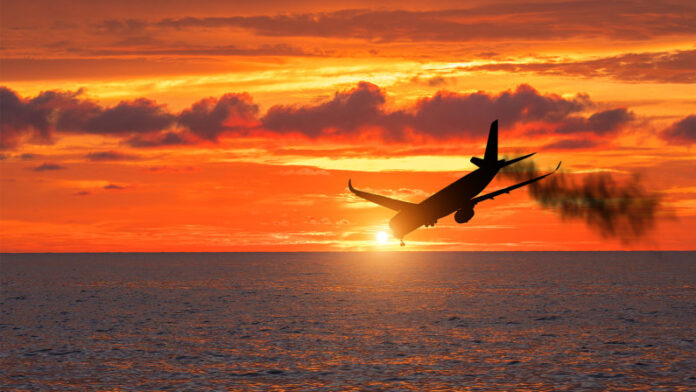 Before the pandemic ruined everything we were back and fore between the UK & US and we know that for many people the thought of travelling at five hundred mph in a metal tube full of other people’s flatulent air is a less than edifying idea. Well here’s something to really put you on edge with a potential falling planes thriller about to go into production and there’s been a huge amount of interest from fourteen studios and streaming services  about the film.

All of them are desperate to own the screen rights to a book written by author T.J. Newman, an ex flight attendant now turned author. It’s been rumoured that  the 36-year-old Newman wrote the book on the back of aeroplane napkins and on iPads too whilst working her regular routes on the red-eye flights. The book itself will be published this coming July (2021).

His falling planes novel is simply titled, “Falling” and follows the 140-plus passengers on a crowded flight from New York to L.A. who don’t know that a half-hour before takeoff, their pilot’s family was kidnapped. If that isn’t high stakes enough in order for the pilot’s family to live, the pilot must follow orders and crash their plane. Now whilst much of the falling planes story takes place in the air, on the ground is a relentless FBI agent struggling desperately to locate and save the pilot’s family.

It is a great premise for a thriller and it is being pitched as, “Speed at 35,000 feet” and early reports suggest that there are at least two formal offers already on hand. One of those offers is as a feature film whilst the other will be a limited network series. For us we would like to se it as a feature. No word yet on possible casting.

One certainty is that this is unlikely to ever be an in-flight movie!