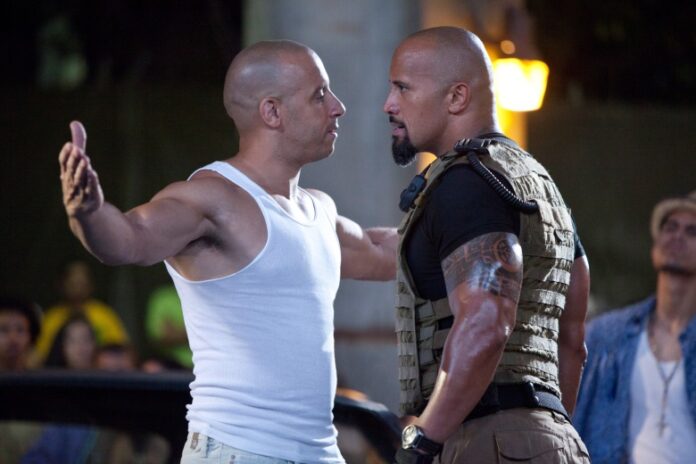 With the Fast and Furious franchise to draw to a close with the two-parter finale there’s been much speculation about the return of Dwayne Johnson in Fast 10 after the well publicised fall out with Vin Diesel in 2016 where Johnson on his instagram account questioned Diesel’s professionalism.

The feud continued when Diesel stated that he was merely acting out of ‘tough love’ on set saying, ‘to assist in getting that performance where it needed to be. As a producer to say, Okay, we’re going to take Dwayne Johnson, who’s associated with wrestling, and we’re going to force this cinematic world, audience members, to regard his character as someone that they don’t know — Hobbs hits you like a ton of bricks. That’s something that I’m proud of, that aesthetic’.

Johnson of course replied saying, ‘I laughed and I laughed hard. I think everyone had a laugh at that. And I’ll leave it at that. And that I’ve wished them well. I wish them well on Fast 9.’ Fast 9, when it was finally released in 2021, earned $721m – the year before Hobbs & Shaw had earned $791m. 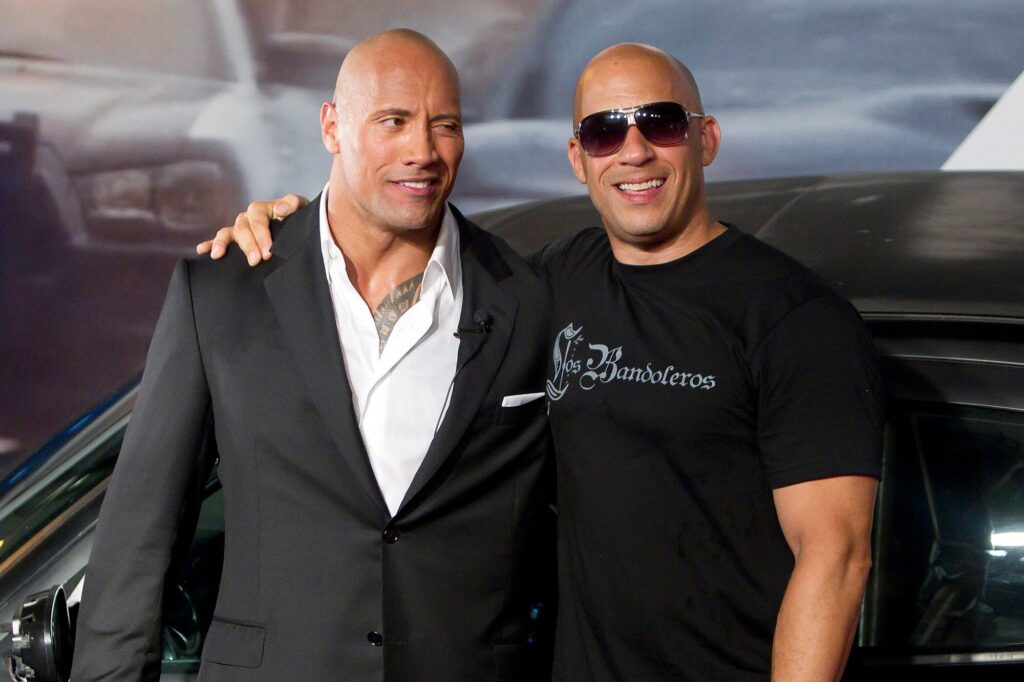 In November 2021 Diesel recently issued a plea, albeit incredibly poorly worded,  to Johnson saying, ‘“My little brother Dwayne…the time has come. The world awaits the finale of Fast 10. As you know, my children refer to you as Uncle Dwayne in my house. There is not a holiday that goes by that they and you don’t send well wishes…but the time has come. Legacy awaits.”

An interview with CNN saw him go on to explain, “This past June, when Vin and I actually connected not over social media, I told him directly — and privately — that I would not be returning to the franchise,” Johnson said. “I was firm yet cordial with my words and said that I would always be supportive of the cast and always root for the franchise to be successful, but that there was no chance I would return. I privately spoke with my partners at Universal as well, all of whom were very supportive as they understand the problem. I was very surprised by Vin’s recent post,” later adding, “Vin’s recent public post was an example of his manipulation. I didn’t like that he brought up his children in the post, as well as Paul Walker’s death. Leave them out of it.”

He added, “We had spoken months ago about this and came to a clear understanding. My goal all along was to end my amazing journey with this incredible Fast & Furious franchise with gratitude and grace. It’s unfortunate that this public dialogue has muddied the waters.”

Johnson doesn’t really need the franchise as he is one of the biggest earning Hollywood stars in the world so it looks like Diesel will be going it alone Fast 10 and Fast 10 PART TWO which director Justin Lin will helm.