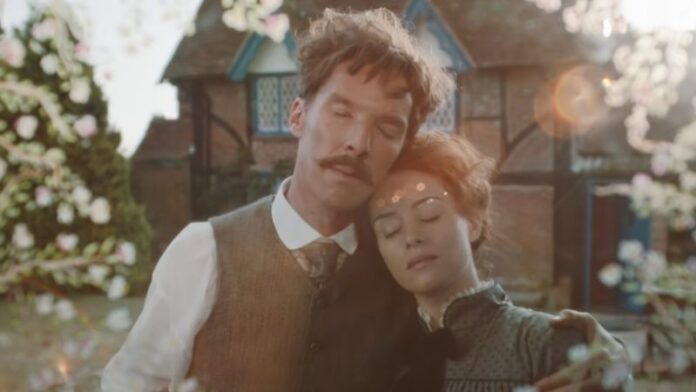 With the musical film CATS bombing you would think that film makers would paws for thought (‘Please no puns!’ – Ed) before making another such film in case it was a cat-astrophe (Stop it! – Ed) but we guess they’re feline lucky (’You’re fired!’ – Ed). Between his Marvel blockbuster films Benedict Cumberbatch makes smaller low key and often true life stories (The Courier being a recent one – see our interview HERE) and The Electrical Life of Louis Wan is his latest ‘based on a true story‘ role. With a deliciously witty voice over from Olivia Colman the film picks up in 1881 with Louis Wan returning on the train from a trip drawing animals. Brilliantly gifted but socially awkward he’s also the only man in the house after the death of his father and is bestowed with the responsibility of supporting his mother and five sisters who frankly seem more than capable of working but instead choose to loll around the house with no direction in their lives living off the talent of another and in that respect this aspect of the story seems to be based on a footballers wife. Right from the start Louis is a troubled manner unsuited to the confines of a everyday work and he employs a governess (Claire Foy) who he quickly falls for and marries outraging the neighbours by marrying below his social status in way that every man who ends up marrying and of the Kardashian’s  must be feel. 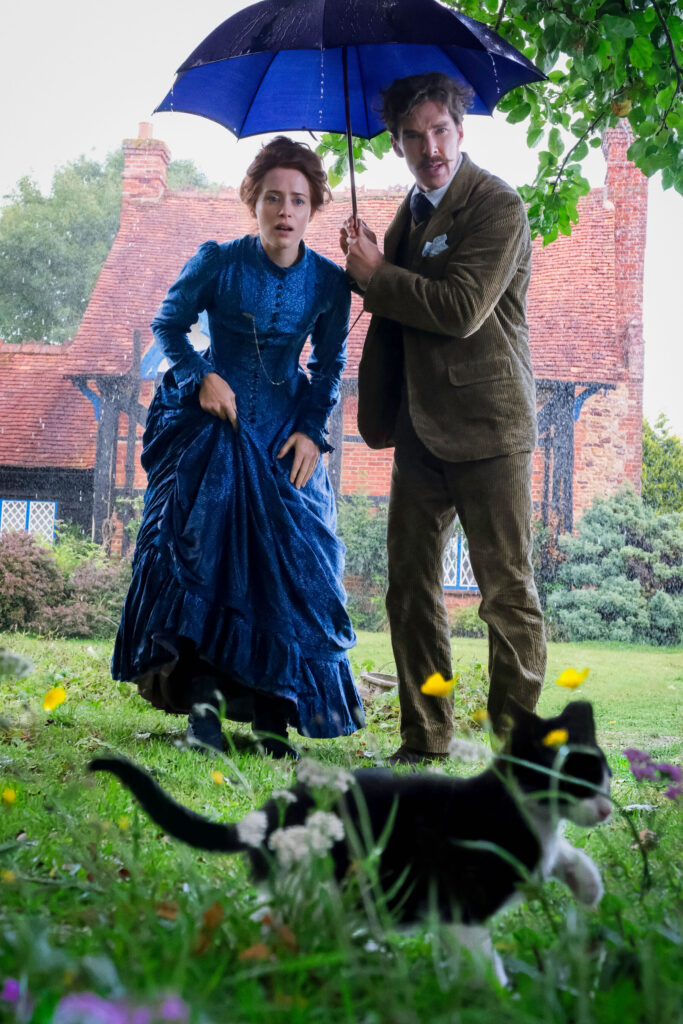 His interests lay far more in his creative talents that took in his painting & drawing skills as well as writing opera for which he had no flair whatsoever. His pursuit of art found him employed by a magazine editor played by Toby Jones recognizing his talent instantly from when Louis arrives in his office. Painting and drawing is usually a talent where one hand only is used but Wan is blessed with the talent and ability to produce a portrait whilst drawing with both hands simultaneously as opposed to Jeffrey Epstein who could use a pair of binoculars with just one hand. The Electrical Life of Louis Wan attempts to cover a man primarily known for his cat pictures that was driven by him and his wife co-adopting a kitten in his garden that provided him with solace when he was caring for his wife dying of breast cancer.  The hospice type care he provides for his wife is nicely handled never becoming maudlin and when the inevitable happens it focuses solely on Cumberbatch’s reaction. 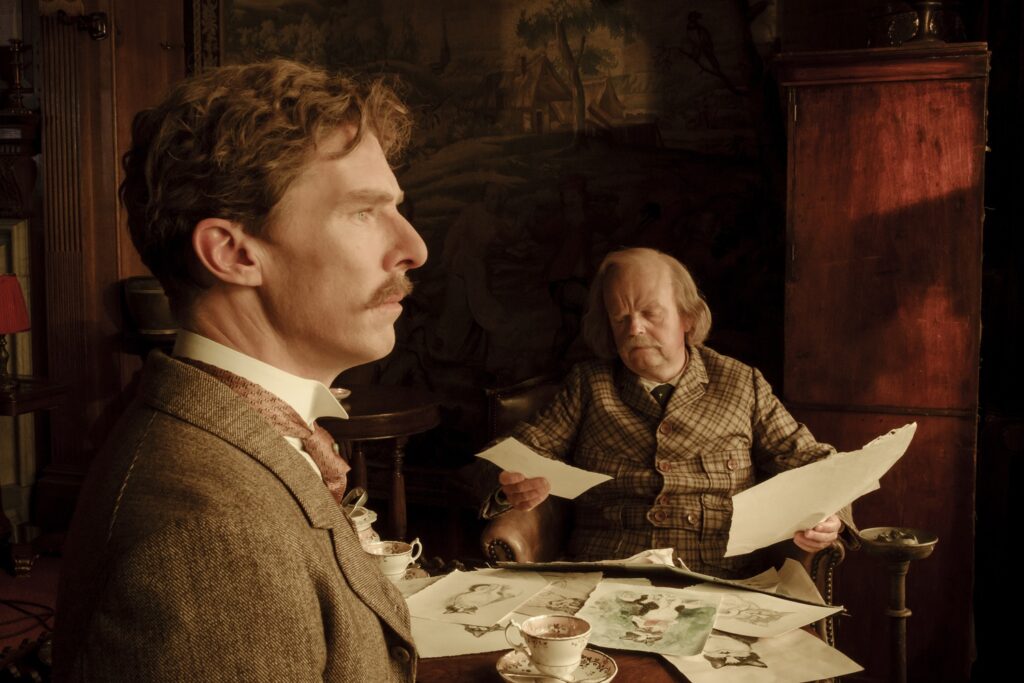 But Wan’s interests were disparate with a belief that electricity was ‘the key to all life’s most alarming secrets’  but that he increasingly suffered from depressive illness is also covered by the film and the impact of his poor grasp of finance when his work started attracting attention and acclaim from  fans that included HG Wells which the film has intriguingly cast with Nick Cave in the role.

It is almost directly because of Louis Wan’s art, which at times veered from the bizarrely psychedelic, and perhaps a hint at his disintegrating state of mind, to the portrayal of cats indulging in the fads and whims of the day in a subtle dig at society but his work nonetheless popularized cats as pets. For cat lovers The Electrical Life of Louis Wan will appeal greatly but will be disappointed that their feline friends are not featured as heavily as they night want. Instead it is an often convoluted portrait of a talented but conflicted man suffering from horrendous recurring hallucinations of drowning and escaping into his whimsical world of cats and for modern audiences in a COVID consumed world this there’s a reassuring comfort to his art.