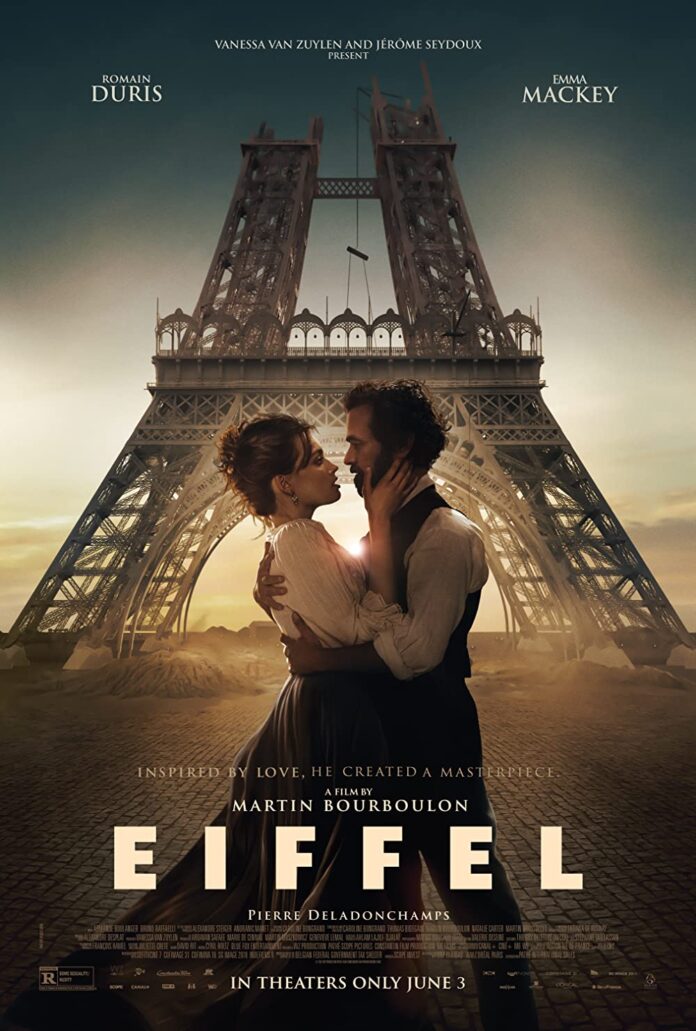 Landing in our inbox is the Eiffel trailer, Martin Bourboulon’s visually stunning, romantic epic that will be released in UK & Irish cinemas on 12th August. Romain Duris (Populaire, Heartbreaker, The New Girlfriend) stars as the iconic French engineer Gustave Eiffel, alongside Emma Mackey (Sex Education, Death on the Nile, Barbie) and Pierre Deladonchamps (Stranger by the Lake). Based on an original screenplay by Caroline Bongrand and inspired by true events, EIFFEL is a love letter both to the endurance of great art and to passionate creative partnerships.Set in 1880s Belle Époque Paris, the film follows Gustave Eiffel (Romain Duris) as he embarks upon the all-consuming task of designing and constructing one of the world’s best-loved land-marks – the Eiffel Tower. It is also undeniably the story of the beguiling and powerful Adrienne Bourgès (Emma Mackey), whose relationship with Gustave Eiffel was instrumental in shaping the skyline of Paris and the future of the city.EIFFEL will be released in UK and Irish cinemas 12th August 2022