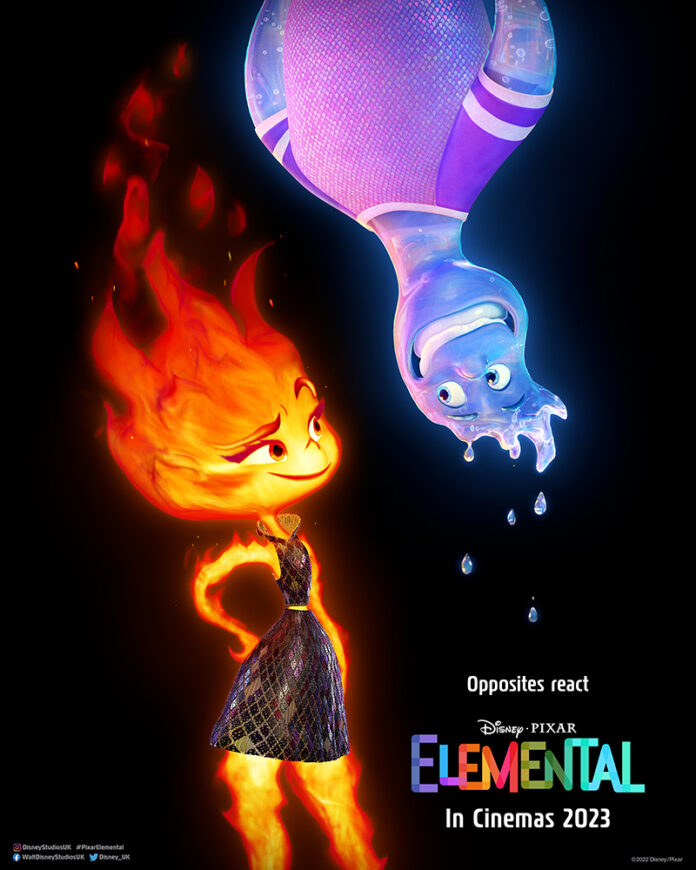 Pixar don’t make it easy for themselves with a notable number of their films dealing with metaphysical concepts and abstract ideas with films such as the recent Soul, Turning Red, Inside Out and Onward with several of them winning best Animated Film Oscars. So now we have the a first glimpse at summer 2023’s big film from the studio with the unveiling of the Elementals teaser trailer.

An all-new, original feature film set in Element City, where fire-, water-, land- and air-residents live together. The story introduces Ember, a tough, quick-witted and fiery young woman, whose friendship with a fun, sappy, go-with-the-flow guy named Wade challenges her beliefs about the world they live in. Directed by Peter Sohn whose last Pixar film was 2015’s ‘The Good Dinosaur’. Elementals  features the voices of Leah Lewis and Mamoudou Athie as Ember and Wade.

Elementals is released on 16th June 2023