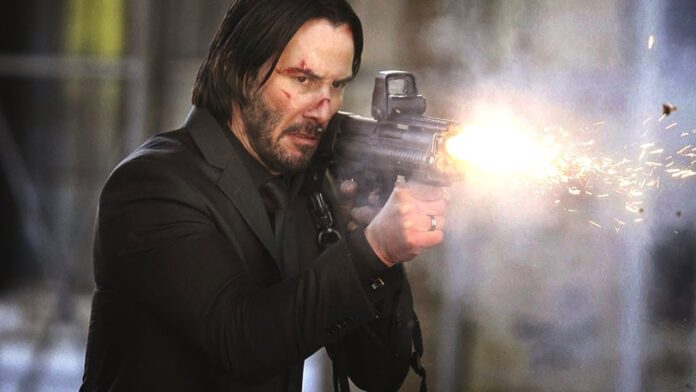 A little while ago we reported HERE about ballerina a female-centric spinoff from the John Wick franchise. The title role will be played by Ana de Armas who was so good in No Time to Die. Well it is now rumoured that Keanu Reeves to join Ballerina spin off but studio Lionsgate have declined to comment on the news of Reeves’ casting.

Already announced to join her in the spin off is Ian McShane who will reprise his role as Winston, the manager of the Continental Hotel where all the hitman seem to congregate and producer Basil Iwanyk described McShane’s role as “pivotal.” Adding, “We’re thrilled to have Ian McShane joining us for a pivotal role in ‘Ballerina. He’s been such an integral part of the franchise since the original John Wick. It’s been fun to have him on this journey as the Wick universe expands.”

When Keanu Reeves was blacklisted

The plot for “Ballerina” has Ana de Armas as a young female assassin seeking revenge against those who killed her family but story details beyond that are still being kept under wraps. Quite how Keanu Reeves to join the ballerina spin off is yet to be announced.

The film will be directed by Len Wiseman and written by Shay Hatten and is currently filming. But before “Ballerina” arrives we will see Reeves and McShane return  for “John Wick: Chapter 4,” being released on 24th March 24, 2023.