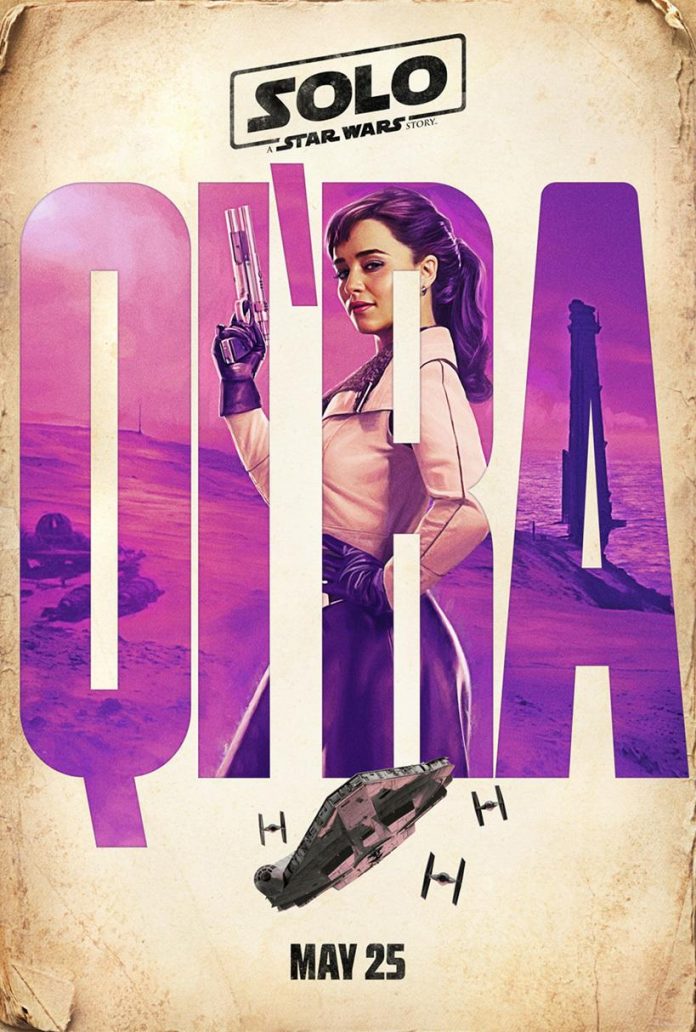 We know we’re duty bound to say it but we love the openness of some Brit actors and Emilia Clarke (Me Before You) is a welcome addition to that elite pack of straight talkers when it came to talking about the problem on Solo which led to the directors being fired.

With Solo A Star Wars Story opening worldwide over the next few days the cast and crew did the press rounds. As might be expected many of them were asked about directors Phil Lord and Chris Miller being sacked as directors and being replaced by Ron Howard. Unfortunately actors are so averse to speaking openly and honestly because of the potential imapct on their future carers that most swerve the answer. Emilia Clarke was refreshingly open about it in the feature in Vanity Fair. 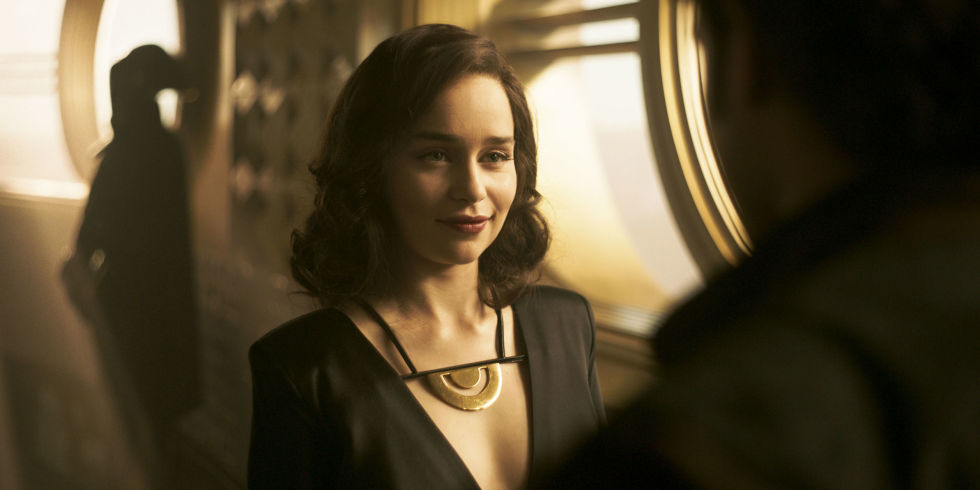 In the article she expresses her concern her character of Qi’ra in “Solo” early on in production: “I’m not gonna lie. I struggled with Qi’ra quite a lot. I was like: ‘Y’all need to stop telling me that she’s ‘film noir’ because that ain’t a note.‘”.

Clarke also seems quite dismissive of Lord & Miller and extremely grateful that Ron Howard took over the reins, stating that he ‘saved’ the film and added: “All hail to [Lucasfilm president] Kathy [Kennedy] for hiring Ron.”

t sounds like Emilia Clarke was glad to see the back of them saying, ‘When it comes to that amount of money, you’re almost waiting for that to happen. Money f–ks us all up, doesn’t it? There’s so much pressure. Han Solo is a really beloved character. This is a really important movie for the franchise as a whole. It’s a s–t ton of money. A s–t ton of people. A s–t ton of expectations’

No s-t Emilia. We’re guessing that she’s probably off their Christmas card list this year

In fairness Emilia Clarke has already endured one troubled production when she starred in Terminator Genisys a few years ago. She worked on that with another Game of thrones colleague director Alan Taylor.  According to Emilia Clarke the director there was “eaten and chewed up on ‘Terminator.’ He was not the director I remembered. He didn’t have a good time. No one had a good time.”