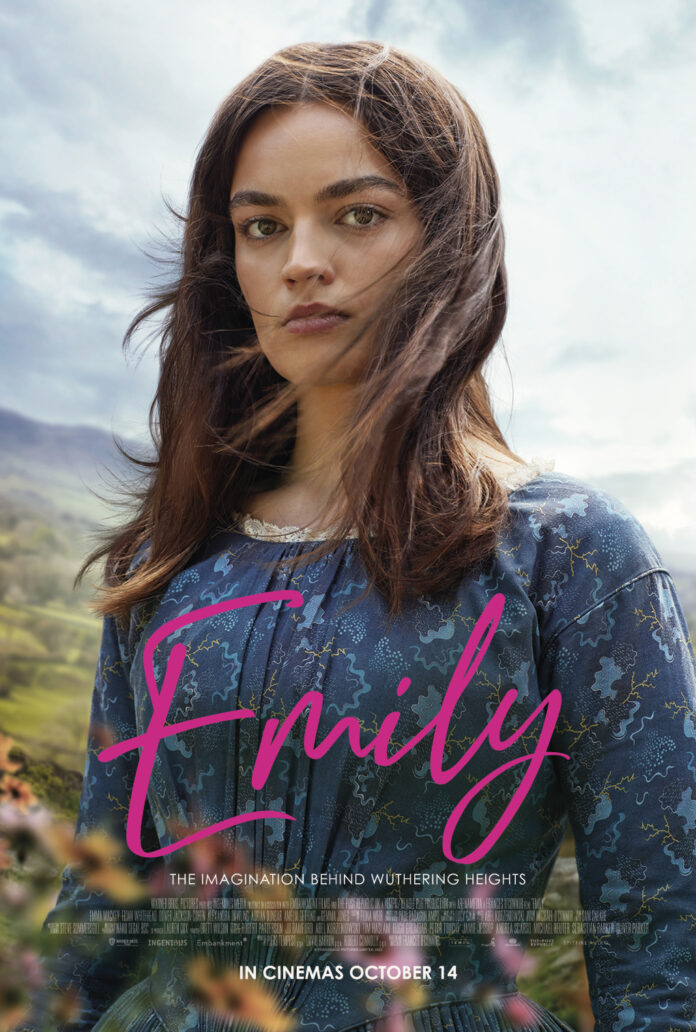 Since a new generation have discovered Kate Bush because of the Stranger Things TV series use of ‘Running up that Hill’ the editor has been treating fellow customers at The Nags Head karaoke night to her back catalogue of hits. And you’ve not heard Wuthering Heights until you’ve seen a tanked up cockney with bladder control issues banging out the tune accompanied by Blind Barry on his hammond organ….so be thankful for that.  But Wuthering heights was of course inspired by the story written by Emily Bronte who is portrayed by Emma Mackey as seen in the first Emily trailer.

EMILY tells the imagined life of one of the world’s most famous authors, Emily Brontë. The film stars Emma Mackey (“Death on the Nile” and the recently released Eiffel) as Emily, a rebel and misfit, as she finds her voice and writes the literary classic Wuthering Heights. “EMILY” explores the relationships that inspired her – her raw, passionate sisterhood with Charlotte (Alexandra Dowling) and Anne (Amelia Gething); her first aching, forbidden love for Weightman (Oliver Jackson-Cohen) and her care for her maverick brother (Fionn Whitehead ) whom she idolises.

The role as Emily Bronte is clearly going to be a world away from the role she is currently  filming in next summer’s Barbie movie that has Margot Robbie in the title role. Frances O’Connor makes her directorial debut with “EMILY,” from her own original screenplay. The film also stars Adrian Dunbar (“Line of Duty”) and Gemma Jones (“Bridget Jones’s Baby”).Emily will be released nationwide on 14th October 2022 by Warner Bros. Pictures