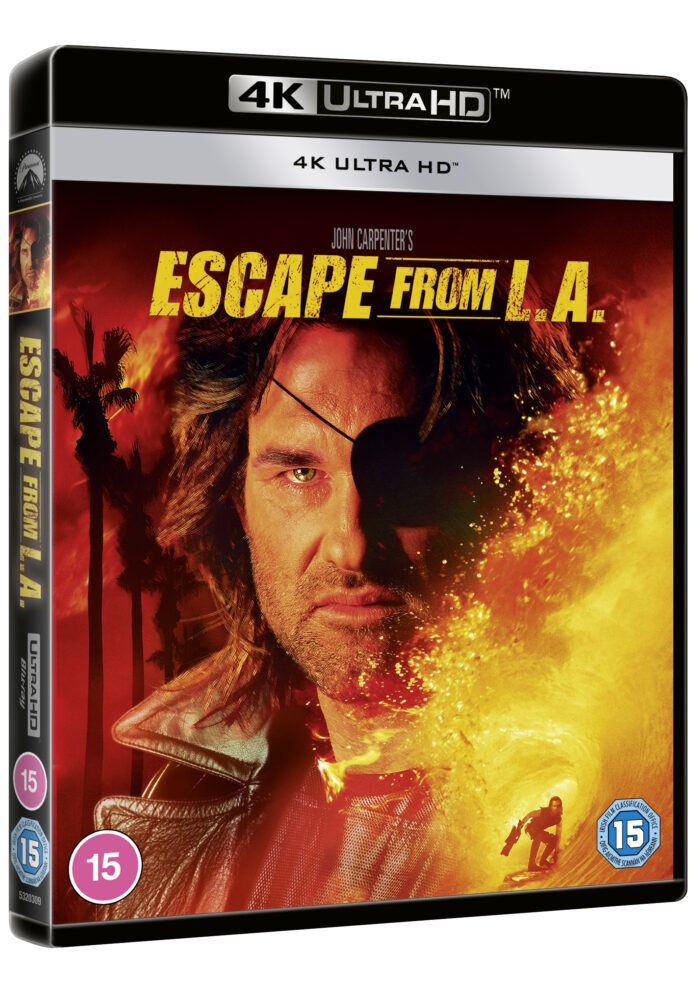 Writer-director John Carpenter had had a stunning run of great films starting with 1976’s Assault on Precinct 13 followed by his box office smash Halloween ( at the time the most successful independently financed film ever). 1981’s Escape from New York had been a cult smash starring his regular favourite Kurt Russell as Snake Plissken a convicted bank robber sent to rescue the US President from Manhattan which is now a maximum security prison (the film is set in 1997 and the early eighties had seen New York  seemingly over run with crime until Rudy Guilianni became Mayor and set about successfully cleaning up the city). The film did well at the box office but after this the 1980’s would see Carpenter’s run of hits dry up starting with his next film The Thing maligned at the time but now rightly seen as his masterpiece. With a paucity of box office hits he returned  to his own back catalogue and 1996 would see him direct his first sequel namely Escape from LA.

It was a highly anticipated follow up to the fan-favorite hit Escape from New York which saw Kurt Russell return as anti-hero Snake Plissken, called upon to save the world from a doomsday device after a huge earthquake levels most of Los Angeles making it an autonomous island where undesirables are deported. Russell had had a handful of hits through the previous decade but the 1990’s had really only given him one hit with Stargate and the offer to not only work with a favoured director but also co-write the script ( it would be the first and last time he would ever do this) was irresistible. A draft script for a sequel had been around since the mid eighties but had been in development hell until Russell came aboard who was keen to play the character again.

Action films had very much become a summer staple and Escape from LA would be no different with the film including several outrageous and eye-popping moments in its post-apocalyptic setting which included Snake surfing down Wilshire Boulevard, shooting hoops at the Coliseum, and dive bombing the Happy Kingdom theme park (an obvious parallel with Disney Land where they were obviously never going to get permission to film ).  Unfortunately the film in an era where audiences had been treated to extraordinary and ground breaking CGI in Terminator 2 and Jurassic Park there were high expectations and Escape from LA could just not compare. Audiences could not help but notice and this 4K Ultra HD™ + Blu-ray™ Limited Edition with its high definition does draw attention to the CGI and can be seen to be even more wanting  almost 30 years later. 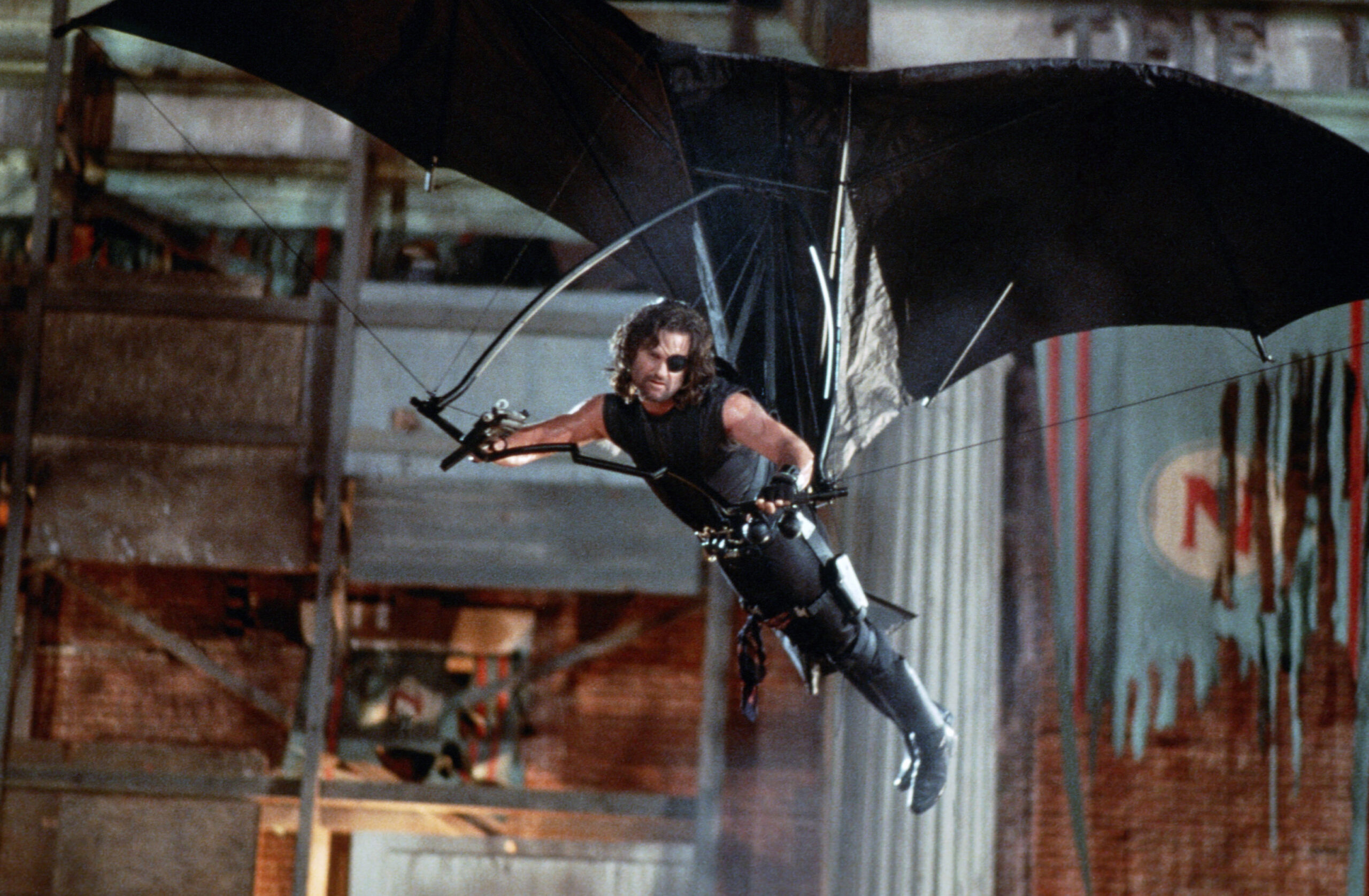 Escape from LA also features a wild assortment of friends, fiends and foes from a supporting cast that includes a range of intriguing actors including Steve Buscemi still hot off Reservoir Dogs and took the role as a way to fund his directorial debut ‘Trees Lounge’ the same year. The cast also included Peter Fonda, Pam Grier (in a role somewhat ahead of its time with her playing a transgender character), Stacy Keach, Cliff Robertson and Bruce Campbell. Russell had wanted his wife Goldie Hawn to appear too but as the film approached the start of its shoot she was unable to take the role having been admitted to hospital for a procedure. The film had been mostly shot at night which in itself caused Carpenter problems as neighbouring houses started to complain about the noise of explosions and gun fire forcing the director to shoot these scenes before midnight.

Released in August 1996 Escape from LA though much anticipated ultimately bombed at the box office earning only half of its original budget and plans for a third Snake Plissken film were quickly shelved and Carpenter has never directed a sequel since.  It’s shame because there’s plenty in the film to enjoy and Kurt Russell has always been a great leading man in this type of fare and every Carpenter fan would love to see the pair reunite for a sequel to The Thing but with Carpenter now 74 years old and not having directed since a feature since 2010 and Russell himself 71 years of age it now seems unlikely. Essentially though Escape from LA is a remake of the original with a bigger budget and CGI effects which were not around in 1981.
The 4K Ultra HD™ + Blu-ray™ Limited Edition set includes 2 stickers, 5 art cards and a double-sided poster and features exceptional picture quality with Dolby Vision and 5.1 DTS-HD Master Audio.