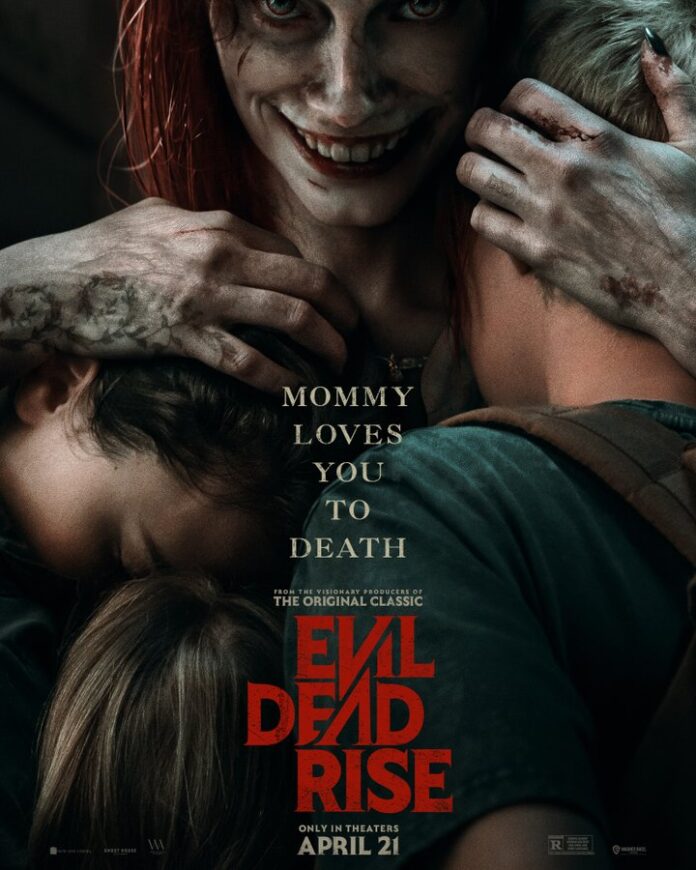 So when the Evil Dead Rise trailer landed in out in box our first thought was, ‘Oh no not another Jimmy Saville documentary!’ but it turns out that thankfully this is the latest film from the awesome horror franchise that Sam Raimi came to fame with all the way back in 1981. Spawning two sequels there was an impressive remake in 2013 directed by Fede Alvarez and we also had a TV series spin off too.

This latest film moves the action out of the woods and into the city, EVIL DEAD RISE tells the twisted tale of two estranged sisters, played by Sutherland and Sullivan, whose reunion is cut short by the rise of flesh-possessing demons, thrusting them into a primal battle for survival as they face the most nightmarish version of family imaginable.

How not to be a parent according to horror films