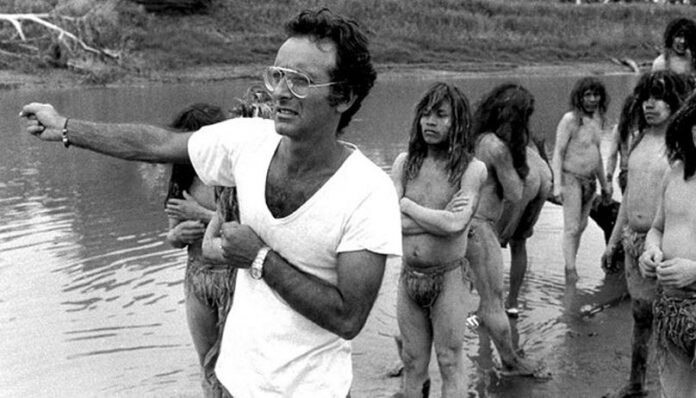 The 1980 film ‘Cannibal Holocaust’ was perhaps the most infamous of the ‘video nasties’, hardly a surprise when it depicted mutilation, torture and gang rape made all the more convincing by being shot in a documentary style purporting to be found footage long before The Blair Witch Project hit our screens. More nauseatingly it featured real animal slaughter leading to the film being banned in many countries and in Italy the prints were seized and destroyed.

The film was directed by Ruggero Deodato (who died on 29th December 2022 aged 83) and so convinced were authorities of the films realism and that the actors could not be found that the director found himself put on trial for murder. What didn’t help either was that, unknown to the authorities, the actors had all signed contracts to ‘disappear’ for a year and to save himself from serial murder conviction Deodato had to locate them and get them all to appear at the trial to prove it was a film and that they were all alive and well. Thankfully for him they all turned up and the murder charges were dropped although he was fined for obscenity.

It’s true to say that by today’s special effects Cannibal Holocaust is a bit amateur when compared to the stomach churning cannibalism scene in Eli Roth’s, ‘The Green Inferno’ but the animal slaughter is shameful. Deodato tried to explain it away in a 2011 British newspaper interview saying, ‘In my youth, growing up, I spent a lot of time in the country close to animals and therefore often seeing the moment of their death. The death of the animals, although unbearable — especially in a present-day urban mindset — always happened in order to feed the film’s characters or the crew, both in the story and in reality’,  before adding, ’All the animals were eaten. They didn’t just die for the film!’