Back in 1988 Gary Hart was a Democrat who was running for the President. Immense charm, keen intellect and Hollywood handsome he was someone the Republicans rightly feared and it’s a stroke of excellent casting that Hugh Jackman plays the role of someone seemingly implicitly honest and an obvious front runner.  On that basis alone it’s difficult to imagine just who will play Trump in a film of his imminent impeachment having a face that looks like a toby jug made by the patient in a secure mental institution. Directed by Jason Reitman the film starts with a long single take of the press at a candidate’s address with the camera focussing on the TV crew and the film’s soundtrack picking up snippets of conversation.  The different conflicting opinions forces the audience, much like the prospective voters, to choose what they want to listen to, before the camera ends on a shot of Hart high up in an overlooking hotel window watching the crowd below. 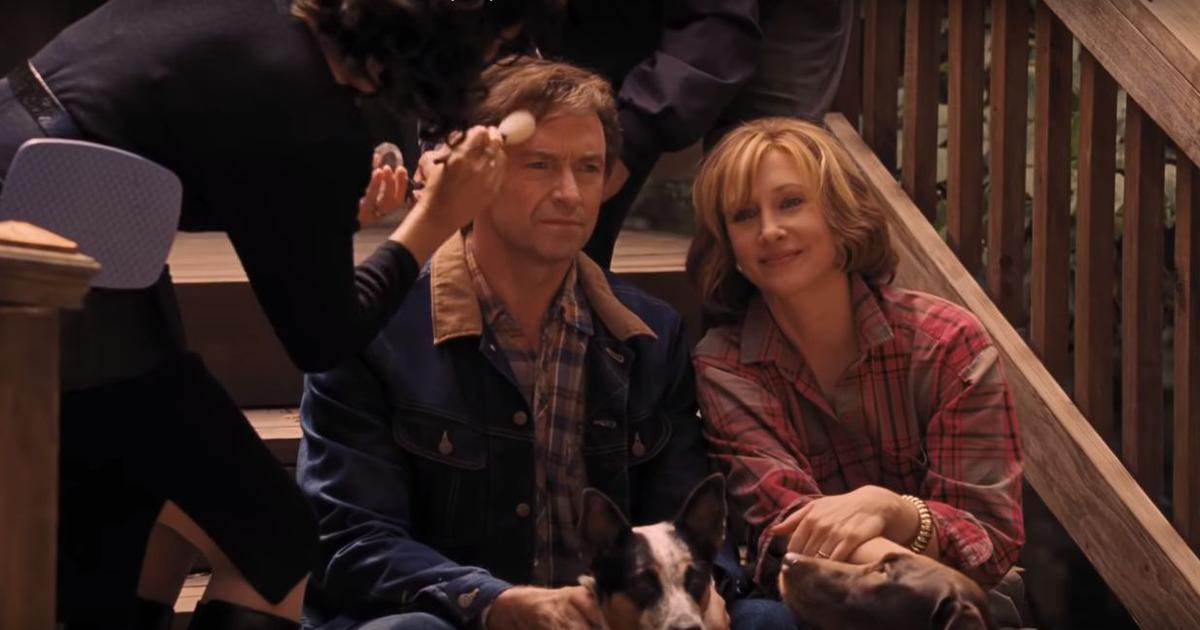 The Front Runner is another film that explores the power of the press when a reporter catches a whiff of a rumour that Hart was a bit of a womaniser in his past and its reporter persuades his Editor to stake out Hart’s home where they catch a woman apparently staying overnight. But it’s Hart who turns the tables on them in a face off in an alleyway about what they are up to and in turn forcing the press to put the allegation to him. It’s a battle Hart can’t win as he grows increasingly annoyed whilst a photographer snaps away at his increasing ire.  For all his intellect Hart mistakenly believes he can overcome the media by refusing to answer questions about the woman Donna Rice (Sara Paxton) who is sweetly naive about what she’s unwittingly got herself involved in. And it’s his seasoned campaign manager Bill Dixon (JK Simmons) who knows what must be done but who Hart belligerently ignores to his own cost. It’s from that moment of denial that you know his fate is sealed and when the story spreads from a local rag to a respected national newspaper and still Hart refrains from answering the allegation you know there is only one inevitable conclusion. There’s a brilliantly awkward scene where a reporter Bill Martin (R J Brown) conflicted by what is news and what is tittle-tattle who has it laid out to him by his editor that at the heart of all journalism is the premise that if they don’t run the story someone else will and it’s at a press conference that the infidelity question is directly put to Hart and played out in front of the worlds TV cameras with Hart knowing the game is up.

Unlike Trump who frankly looks like someone playing the role of a president in a porn film , Hart was a politics pin up boy in the vein of JFK and The Front Runner is a compelling view of the downfall of a well intentioned man that starts with a scene of him making a phone call from a public call box with a journalist noticing and starting to suspect that Hart might be hiding something after all. Framed in a wide shot the camera focus changes from Hart to the journalist and back again shifting the audiences attention too in believing that something’s up. 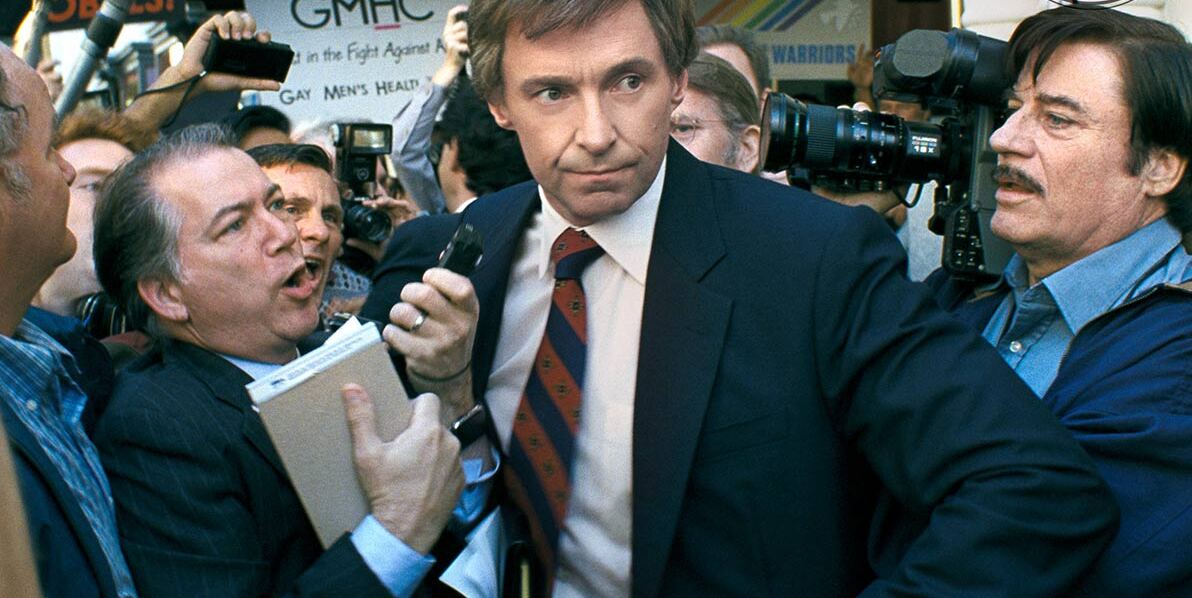 Well cast with Jackman as Hart in denial about how he can control the situation whist Vera Farmiga (The Commuter) plays the familar role of the betrayed wife. It’s just a shame that current day politics have overtaken this in terms of outrage and which now modern audiences would wonder what all the fuss was about 30 years ago.