We love a shark movie and although nothing will ever top Spielberg’s ‘Jaws’ we’ve had some pretty good ones over the past few years including ‘The Shallows‘, ‘47 Metres Down‘ and ‘The Meg‘.  Well Australian director Martin Wilson has made his feature film debut with great White about well even our Editor can work that one out….(‘You’re fired!‘ – Ed).

What should have been a trip to remember, quickly turns to a living nightmare when five passengers on a seaplane are stranded on a raft in the middle of the ocean.  What follows is a desperate bid for survival as the group try to make it to land before they are taken by the man-eating sharks lurking just beneath the surface. Read our review of the film HERE. 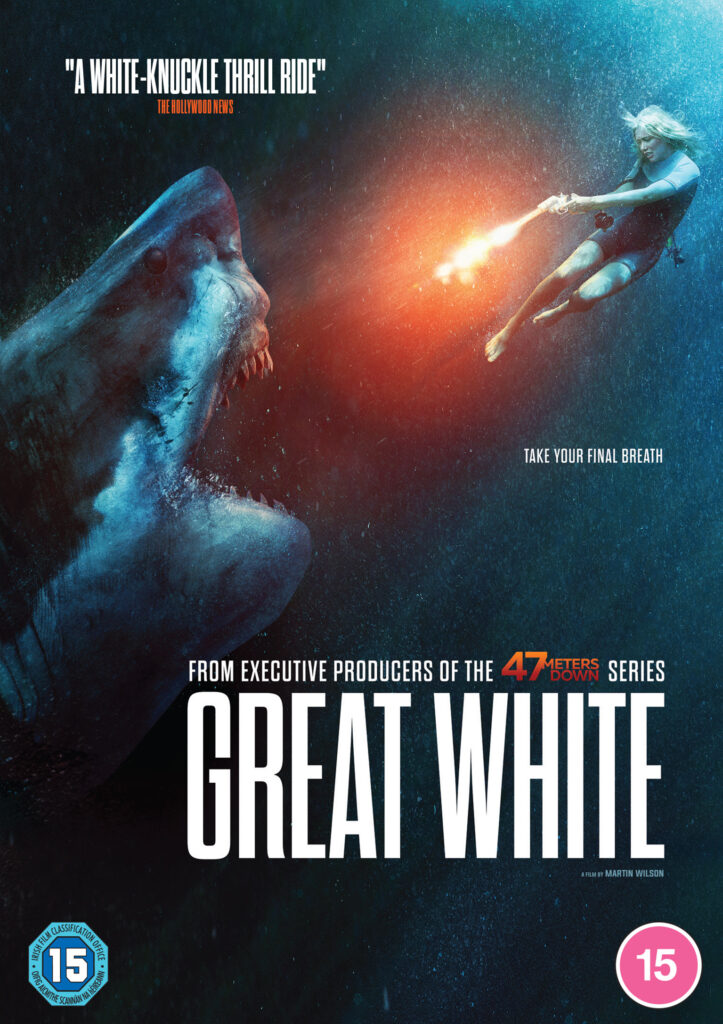 Filmed on North Queens Beach on the Redcliffe Peninsula, just north of Brisbane ‘Great White’ plays like Spielberg’s ‘Jaws’ meets Hitchcock’s ‘Lifeboat’ and director Martin Wilson tells us some fascinating behind the scenes stories about filming at sea and of course, much like Spielberg, the problems he had trying make a film about a monster shark where the animatronics started playing up.

Here’s Great White director Martin Wilson chatting to us about the problems with filming animatronic sharks….