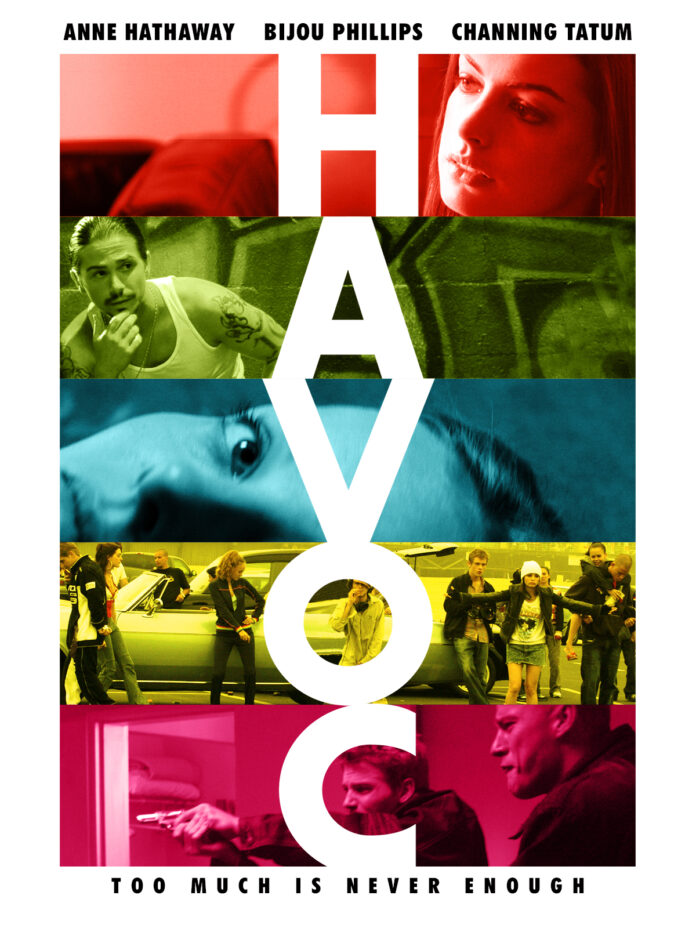 Joey Essex : Mathematican, Kay Burley : respected journalist, Amanda Holden : double Oscar winner ….. all things that these people will never be which brings us to Anne Hathaway, Joseph Gordon-Levitt and Channing Tatum …all badass muthas from da street who’ll pop a cap in yo ass if you diss dem….Aiiiiiii! Of course it’s utterly ridiculous to suggest this is the case with these actors so quite what was going through the head of the casting agent when they were cast in such street wise roles that require them to talk like this. Havoc has the three of them play extremely privileged white kids who have taken street culture to heart and to whom Ali G is an icon. Right from the start we see them and their hommies hanging around in a car park before they have a punch up with another pack of privileged white kids with downward aspirations before they return to their cloistered multi million dollar parents homes in gated estates. Since this was originally released all the way back in2005 these actors have since established a certain screen persona and seeing them talk like this is risible and out front in terms of how he’s publicly perceived and who he plays here  is Joseph Gordon Leviitt,  all floppy hair and bucket hat and probably thinks that the Stone Roses  is the result of shoddy work by his parents gardener. 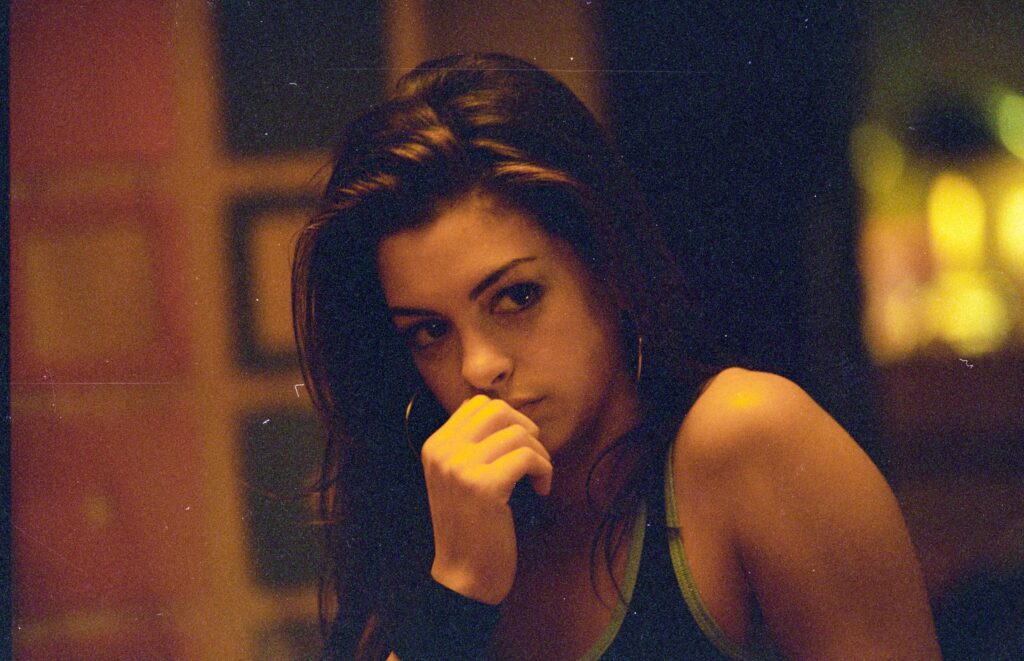 But this is all being a little harsh because Havoc is a 2005 film that had a troubled production history but once you get past the initial twenty minutes or so this settles down to being something of a morality tale. Hathaway is Allison Lang a high school student and frankly a bit of a ‘ho (yes, even I’m picking up the lingo now…..um……dawg…..respec’) and along with Emily (Bijou Phillips) and their respective boyfriends, having driven into the Latino gang centric East LA to buy some weed, very quickly find that they are woefully out of their depth when one of the boyfriends is humiliated. Like a fading reality show star with the offer of a photo op at the switching on of some regional Christmas lights at a shopping mall, Allison and just can’t keep away from the gang culture that she’s irresistibly drawn. 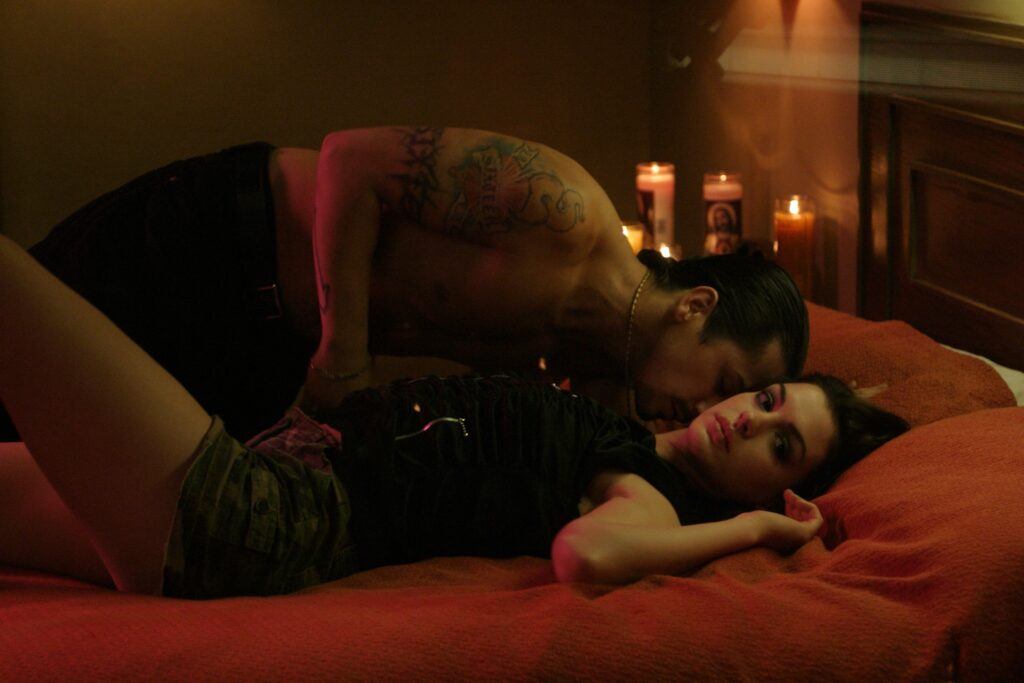 For Allison it’s the Latino bad boy Hector (Freddy Rodriguez) a small time drug dealer and big time misogynist because for him women are to be used. It something that she and Emily find out with catastrophic consequences as they agree to a gang indoctrination that puts the jailed TV presenters of the 1970’s to shame. It’s an awkward and uncomfortable scene to watch as it gradually unfolds to the increasing distress of both girls. The fallout of what happens sets in motion arrests and gang vengeance which all unfolds too quickly which suggests that the troubled production history had the studio getting cold feet and cutting it down because this last act feels truncated ending all to abruptly.

Havoc  was made at a time when Hathaway especially had been in a number of pre teen friendly films such as The Princess Diaries and Havoc is very much the bitter flipside of that saccharine sensation.  Potty mouthed and frequently nude the film demonstrates that given the right material she is a gifted actress. It’s the same for Levitt who had been around for quite some time in a number of TV series and low budget films most notably Rian Johnson’s ‘Brick’ which would be released around the same time. Havoc has a decent cast with established names Michael Biehn and indy favourite Laura San Giacomo balancing the up and comers Bijou Phillips (who has since disappeared) , Freddy Rodrioguez (who never got the break out roles and has languished in TV hell for years) and of course a fleeting supporting role from Channing Tatum. 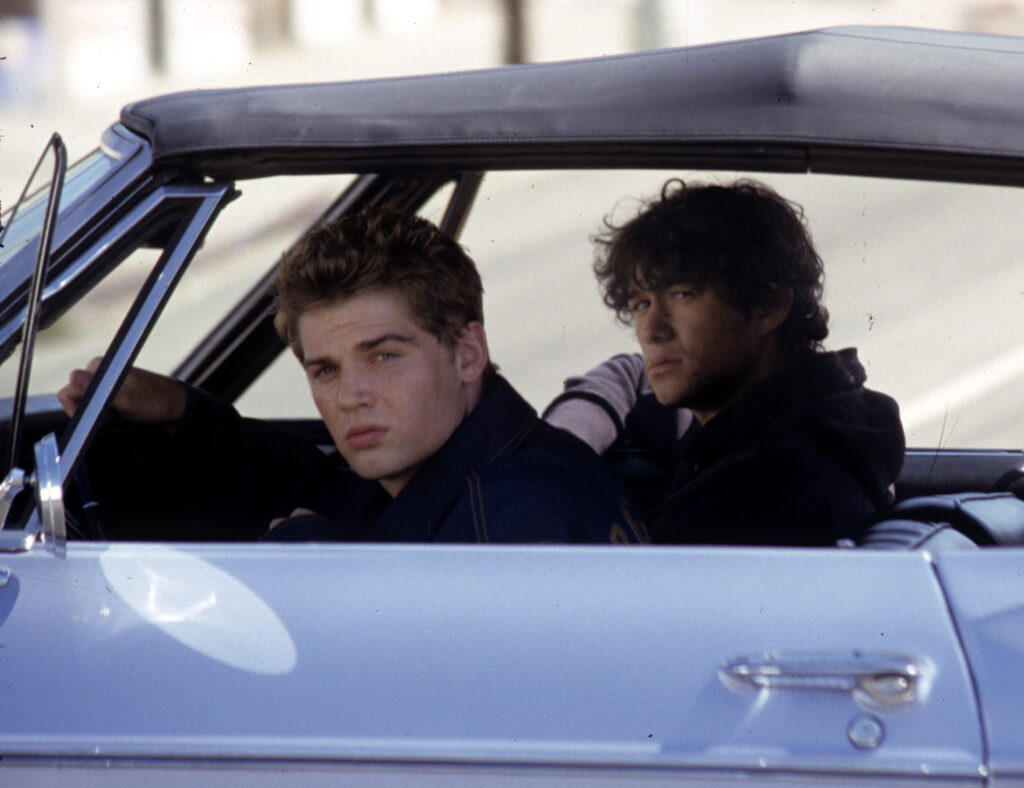 Written by Jessica Kaplan she herself died tragically in an light aircraft crash when she was only 24 robbing the cinema of someone with a burgeoning talent with an ear for dialogue and an insightful eye into wannabe bad ass rich kids. There’s moments purloined from other films most notably Steven Soderburgh’s, ‘Sex, Lies and Videotape’ as Allison talks openly to a friend who spends his time filming them on a cumbersome camera which dates the film with phone cameras having been the go-to for every member of the public who films every minute of everyday life if it can get them £250 on ‘You’ve been framed’.

Havoc was a rare scripted feature film for director Barbara Kopple amongst her extensive catalogue of documentaries but her style is ideally suited to the film theme despite the studio having got final cut. There’s clearly an even better film in there somewhere but unlike Zack Snyder this is one film that’s unlikely to get a director’s four hour vision. Today we’re only too used to kids with the waist of their trousers keeping the back of their knees warm and regaling pedestrians with their stained pants but if you can get past the initially amusing sight of now well known actors affecting street patois then this is an engrossing if not always convincing drama.