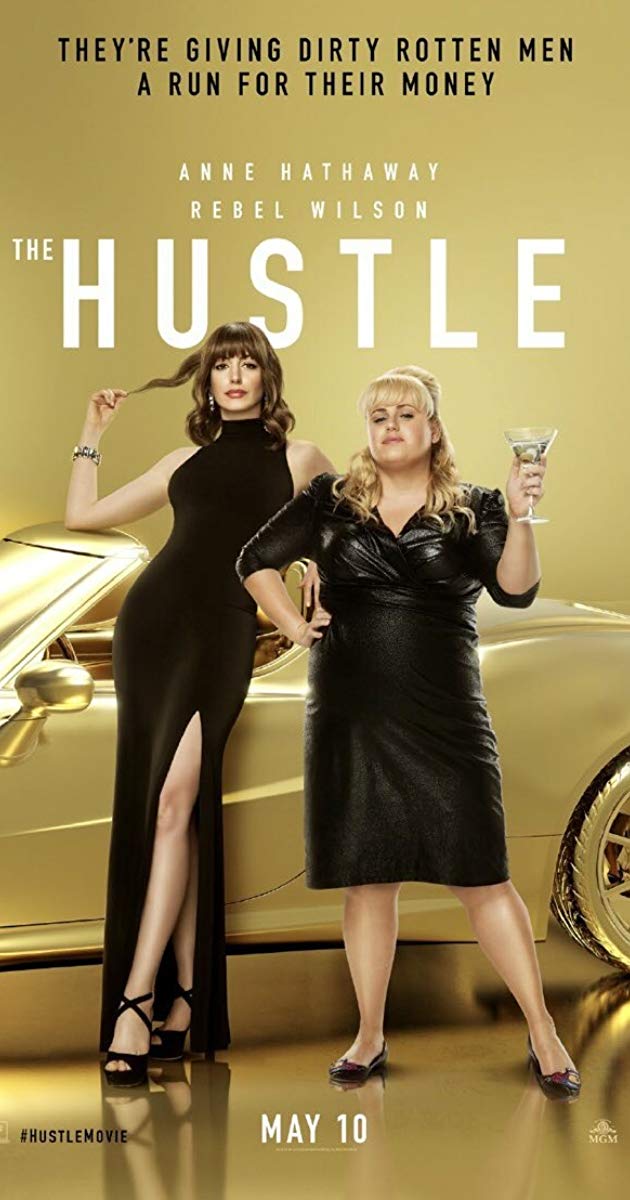 It’s a brave person who remakes beloved comedies and the Steve Martin / Michael Caine comedy Dirty Rotten Scoundrels was one in a run of Steve Martin’s best that had started with Roxanne and Planes, Trains & Automobiles. But it was obviously a favourite of Rebel Wilson who here produces a female spin on the story with her and Anne Hathaway as mismatched con-women who meet up in the South of France where rich men will provide rich pickings as part of their Hustle.

It’s where the sophisticated Josephine (Anne Hathaway) lives yet oddly sees fit to use it as a base to con rich and easily infatuated men who reside in the town out of vast sums of money but when the uncouth Penny (Rebel Wilson) arrives there with the same intent they decide that the town is only big enough for one of them to carry out the cons. So in order to see who can stay there they set up a millionaire Apps inventor (Alex Sharp) as their mark and whoever can hustle him out of $500,000 gets to stay in town. Like the original film it has both of them setting about him with Hathaway as an expert therapist and Wilson as a penniless blind lady. It’s this middle act which has many of the best laughs notably as each pulls the rug from under one another as they strive to part the man from his money.

In an age of #MeToo this is the latest film in female led films which is no bad thing and movies about confidence tricksters, when done well, are always great viewing. You only have to look at The Sting right through to the Ocean’s Eleven franchise to see how popular they can be and last years all female Oceans 8 which also starred Anne Hathaway was highly enjoyable. The problem is that here the hustle itself has none of the clever mechanics of a con that those others have relying more on the comic interplay and pratfalls between the two.  Rebel Wilson’s schtick as the uncouth Aussie is now a stock in trade for all of her roles and is starting to wear a bit thin whilst Hathaway’s role here seems to be a showcase for her command of accents (including a cockney one which seems straight from the Dick Van Dyke school of cockney stereotypes that thankfully is nowhere near as appalling as Don Cheadle’s accent in the Ocean’s films). Like Blake Lively in ‘A Simple Favour’, Hustle seemingly spends a large portion of the budget on Hathaway’s outfits and in fairness she looks spectacular in many of them.

With four screenwriters behind the script the mechanics of the con should have been more inventive and the funny lines, of which many are amusing, are given to Wilson could have been sharper. Hustle is Brit comedian’s Chris Addison’s feature film directorial debut having proved himself on episodes of Veep and he himself is no slouch when it comes to funny lines and performances having held his own against the comic tirades of Peter Capaldi’s Malcolm Tucker in ‘The Thick of It’. Hustle has its moments but it does feel like a missed opportunity for a really great female led comedy.