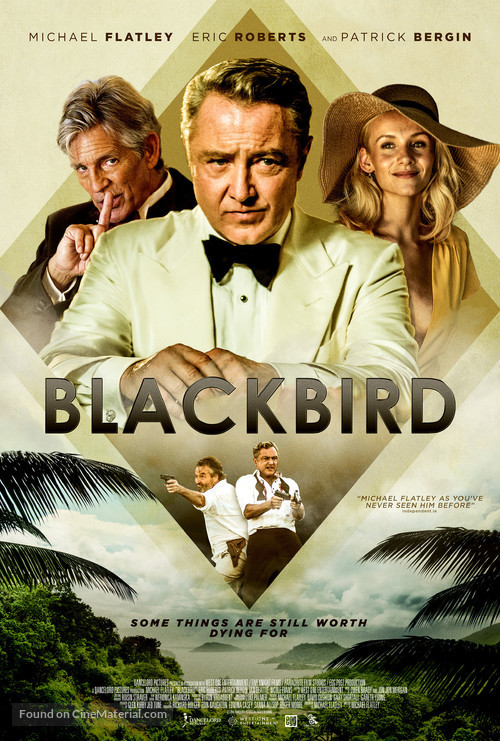 Michael Flatley was best known for jigging about on stage in such shows as Riverdance  but having made a fortune and retired it seems he had his sights set on being James Bond at least if the trailer for Blackbird is anything to go by.

But the film though made very quickly became the stuff of legend. Flatley wrote, directed and starred in the film as well as financing it himself and it’s World premiere was way back on 28th September 2018 at London’s Raindance Film Festival. Now this is a showcase for for forthcoming films and potential award winners and yet no journalist were allowed to see it so there were no reviews and equally no one even tweeted about it. In fact the film disappeared overnight.

Its plot was rumoured to be about a troubled secret agent “Blackbird” abruptly retires from service and opens a luxurious nightclub in the Caribbean to escape the dark shadows of his past. An old flame arrives and reignites love in his life but she brings danger with her.

As well as annoying film journalists it also caused a stir with it poster that had Flatley and his co-stars Eric Roberts and Patrick Bergin surrounded by anonymous bikini clad women so it was little surprise that it was regarded as something of a vanity project which Flatley vehemently denies. Though frankly the criticisms that Flatley looks like a pork butcher at his daughters wedding having a midlife crisis don’t look too far off the mark

The film has developed something of a cult around it with fans begging for it to be released and now their wish has been granted…….. or at least it has in Ireland where Wildcard, one of Ireland’s most successful independent distributors are releasing it on September 2nd. Whether this will be have the cult appeal of The Room remains to be seen but judging by the trailer we cant see him taking over where Daniel Craig left off. Anyone judge for yourselves….here’s the Blackbird trailer!