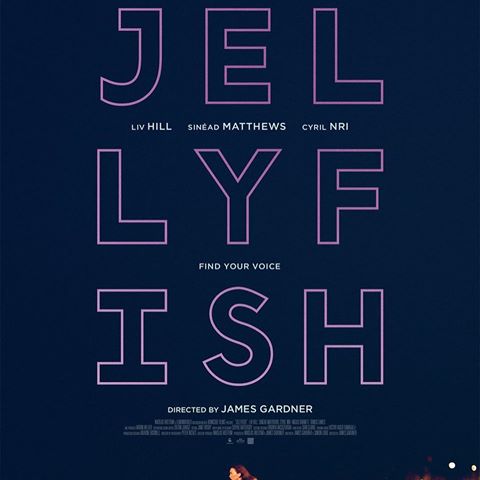 Much has been made about feckless fourteen years old bunking off school which seems a little unfair because after all who is going to pick up their kids from nursery school? But that’s the situation here that Sarah (Liv Hill) finds herself in although to be fair it’s her younger brother and sister that she drops off and picks up from school whilst their moronic melt of a mother Karen (Sinead Matthews) lies in bed oblivious to any child care that she is responsible. Mashed on Mogadon or whatever prescription she is on its left to Sarah to man up and become the responsible adult and it’s her that does the school run, cooks meals, and ensures bills are paid. It’s little wonder that her school work suffers and to help with the paying of bills she leaves school early to work in a grotty amusement arcade. It’s all very Ken Loach.

But much like many of his films there is a glimmer of hope at the centre of all this which comes from the most unlikely of sources, acerbic comedians Frankie Boyle and Bill Hicks and its all at the behest of her drama teacher who encourages her to watch these comics. It’s all because of Sarah’s ability to   deliver some withering put downs to the star struck school kid wannabes preparing for the end of term show. It’s this potential that her teacher spots and nurtures her talent encouraging her to write material for a stand up spot in the show and it’s this that the film builds towards. Now stage school children are at best horrifying and who hasn’t hurled abuse at the TV when a bunch of pushy mothers parade their satanic offspring in front of Simon Cowell and his sidekick the Queen of Cack Amanda Holden. Despite that it’s not quite the school of Fame here as Jellyfish has a decidedly grim undertone as Sarah’s earning potential at the arcade increases dramatically as she caters to the sordid whims of the Paradise arcade’s punters where she literally pulls them off into paradise. To this end there’s a particularly grim scene which mercifully goes unseen when the manager catches what she’s up to and fires her and she pleads for her job back. What follows mercifully goes unseen and owes much to a pivotal scene in Hitchcock’s penultimate film Frenzy as the camera tracks out of the house and into Covent Garden as  the serial killer rapist sets about his latest victim whilst in Jellyfish the camera winds through the Margate arcade machines and away from what is happening to Sarah.

Writer / Director James Gardner’s film is grimly compelling with some upsetting scenes that excel due to a stand out and potty mouthed performance by Liv Hill who we last saw in The Little Stranger. Sullen, moody, verbally lashing out in defence and finding herself in situations that no child should be in you just want to reach out and take her and her siblings away from it all and give them a childhood they deserve away from the clueless Karen  who is achingly unsuited to being a mother. Quite what the film’s title Jellyfish means is anyone’s guess but from both Gardner and especially Liv Hill there are great things ahead.