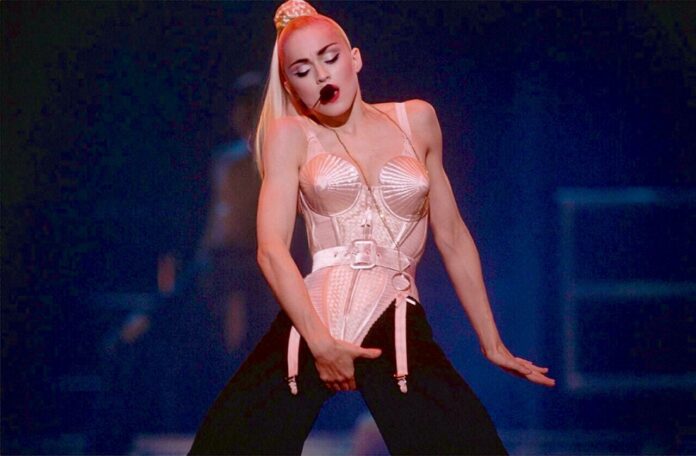 There’s always a sought after role being auditioned for in Hollywood and THE role to land at the moment is Madonna in the biopic Madonna the Movie (probably have a better title than that ) and reports are that Madonna casting boot camp, as it is being called, is turning into something of a gruelling nightmare for anyone after the role.

Madonna casting director Carmen Cuba is running the auditions that has been running for months  with Florence Pugh and Julia Garner in the running but also in contention are  Euphoria star Alexa Demie, indie regular Odessa Young (Mothering Sunday), and newcomer Emma Laird (Mayor of Kingstown) as well as musical stars Bebe Rexha and Sky Ferreira.

the auditions are lasting up to 11-hours-a-day choreography sessions with Madonna’s choreographer, after which there are choreography sessions with Madonna herself. After that there are callbacks  which involve read throughs with Madonna as well as singing auditions. the script is still being worked on but rumours are that at present it culminates with her landmark 1990 Blonde Ambition tour a few years before she had her first child (which we’re betting was only the fourth largest thing to have left her birth canal).

Madonna’s involvement as the subject, co-writer (with Diablo Cody who left the project to be replaced by Cressida Wilson) and director (not a good thing we think) is particularly full on. “The reason I’m doing it is because a bunch of people have tried to write movies about me, but they’re always men,” Madonna told Jimmy Fallon on his chat show. Universal is the distributor, which will assure the film a wide theatrical release.

Despite all this the film has not been greenlit yet and is still in active development with the studio who await a final script before they budget it and await the potential choice of casting of who will play Madonna.  She’s not the only diva with a biopic in development- Mariah Carey has one also as we reported HERE