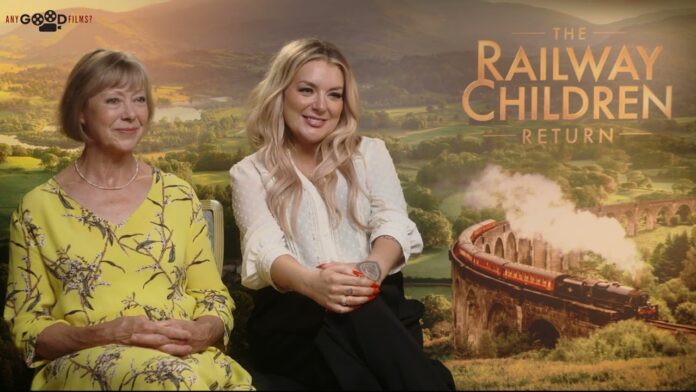 52 years later and possibly the most belated sequel ever we have a follow up to the revered children’s classic The Railway Children. As well as the director and the cast of children we also spoke to Jenny Agutter, Sherdian Smith and Tom Courtney about the sequel and a whole load of behind the scenes stories that included their memories of the fist film and the original village where the sequel was shot also. Tom Courtney’s wartime memories and what it was like working with a cast of children.

The children told us about what they got up to on set including a food fight, who was naughtiest on set and how they tried to scare each other. Whilst director Morgan Matthews, an acclaimed and award winning documentary maker told us about what went on behind the scenes.

So take a look at our interview with them all on the AnyGoodFilms youtube channel and please support the channel by subscribing …..

Here’s our chat with Jenny Agutter and Sheridan Smith…..

Here’s our chat with Tom Courtney and John Bradley…..

Here’s our chat with the children in the cast…

Here’s our chat with director Morgan Matthews about the making of the sequel….