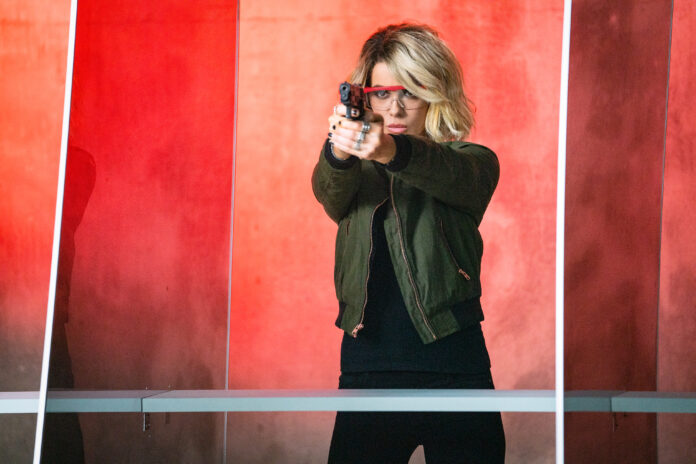 Dating has always been a minefield though it rarely ends with your date battering a snooty waitress in the ladies toilets but that’s how Lindy (Kate Beckinsale) deals with an uppity restaurant staff member. With the mood swings of a Vietnam vet the  behaviour is explained in the prologue of director Tanya Wexler’s new film, Jolt, with Lindy as a psychotically violent schoolgirl or as modern woolly parlance would probably have it , suffering from ADHD,  which current modern day thinking seems to think can be cured by day trips to theme parks whereas old school techniques involved near fatal beatings from the Deputy Headmaster. With her rage seemingly uncontrollable it’s left to pioneering Dr Stanley Tucci who cobbles together an electrical device she is wired up to which she  can operate by pressing a button on a bangle whenever she feels her temper rising to murderous levels, which seems to be every two minutes,  giving her the required jolt that will calm her down. 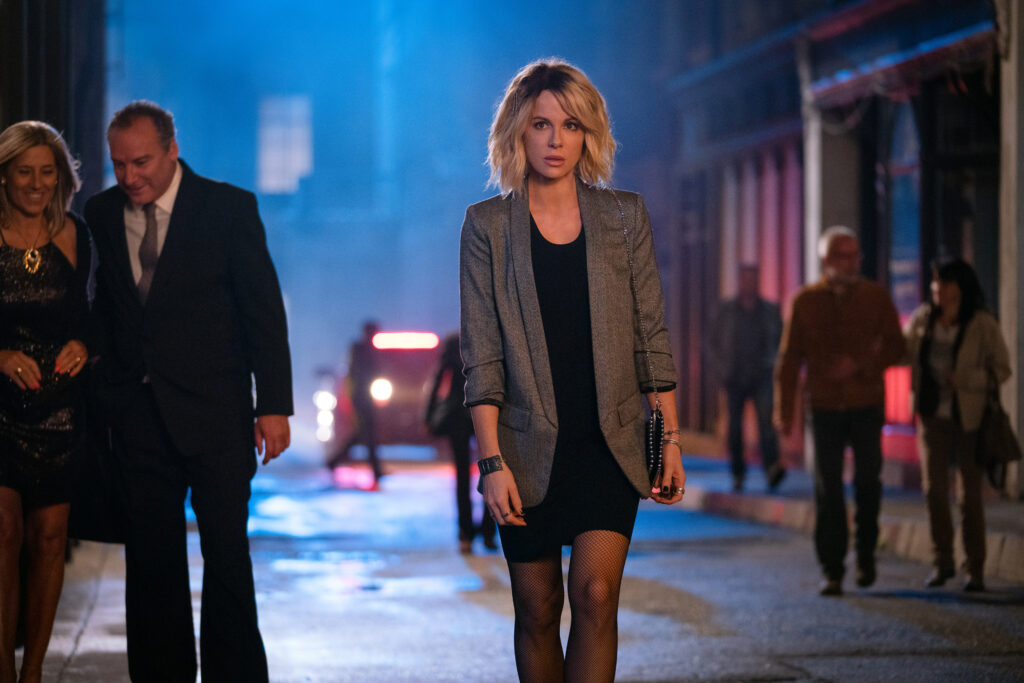 It’s hardly a surprise that she is fearful of commitment to a relationship with the likelihood of her being served with a domestic violence protection order from the local magistrates within hours of any date.  However her date with Justin , an accountant played by Jai Courtney  does see her make an emotional connection with him and as it takes off they go to her flat where he’s taken aback to see her all wired up to her jolt mechanism and to all intents and purposes looking like the Terminator’s sex robot. Their relationship blossoms but like every romance its destined for failure and in this case its fatal as Justin winds up getting shot dead after only a few dates leaving Lindy to go on the proverbial roaring rampage of revenge against those blew away her fledgling boyfriend.

Snappy, whizzy and gleefully violent Jolt plays like a John Wick meets Crank hybrid yet the real template for this female kick ass actioner is Atomic Blonde. And like Charlize Theron in that film Kate Beckinsale looks great here sporting a dyed blonde hairdo that gives her something of a Billie Piper vibe and though Jolt aims squarely for the Atomic Blonde market it lacks that films brutal ferocity playing it more for laughs and quips which at times are very funny (one notable aside has her astride a victims neck and commenting about the size of his Adam’s apple) and Jolt crackles and sparks with potty mouthed pandemonium