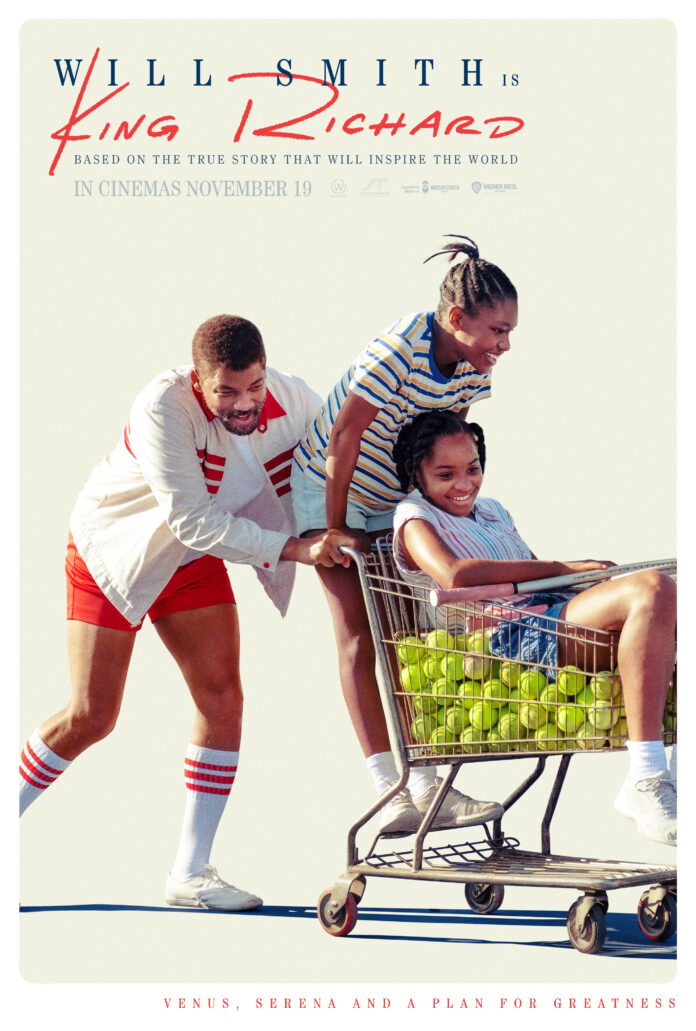 Our Editor’s wife is a keen tennis player so when her husband forgot their wedding anniversary it wasn’t the first time she’d heard a call for, ‘New balls please!’ and with twin boys Damian & Adolf he tries to do right though our suggestion of offering them to medical science has been constantly ignored. For Richard Williams, the King Ricard of the title, already with five girls it’s two of them, Venus and Sarenna, that he realizes have star potential as tennis players and boy does he hustle to get them noticed. Driving them around in a battered camper van and with little money, little access to plush tennis clubs in a sport not known for its diversity he does his best to train them on tennis courts frequented by gang members who take an unwanted interest  in his girls. Like any decent father he does his best to protect them from the undesirable testosterone fuelled teenage boys with little respect for anyone and who don’t think twice about beating him in front of his daughters. Enduring the indignity with as much dignity as he can in front of his daughter it’s not going to be long before karma catches up with the gang members.

But Williams is a hustler never beaten even when he’s being beaten up always looking for the best chance to get his two girls a decent coach and there’s much to be admitted about his drive, determination and chutzpah and there’s something of the American dream implicit in the film’s aspirational qualities. Determined to get results he ends up pretty much brow beating John McEnroe’s coach into taking a look at his girls play. It’s a scene that raises a smile yet disappointment too when only one of them is taken on. And yet Williams still can’t let go, fiercely protective even with his daughters ability catching the eye of coaches, talent scouts and managers he also the one reluctant to let them turn professional and enter the tournaments where they can prove their talents. It’s clear that King Richard he is trying to protect not only them but his own reputation should his daughter stumble and fall in such a public arena. 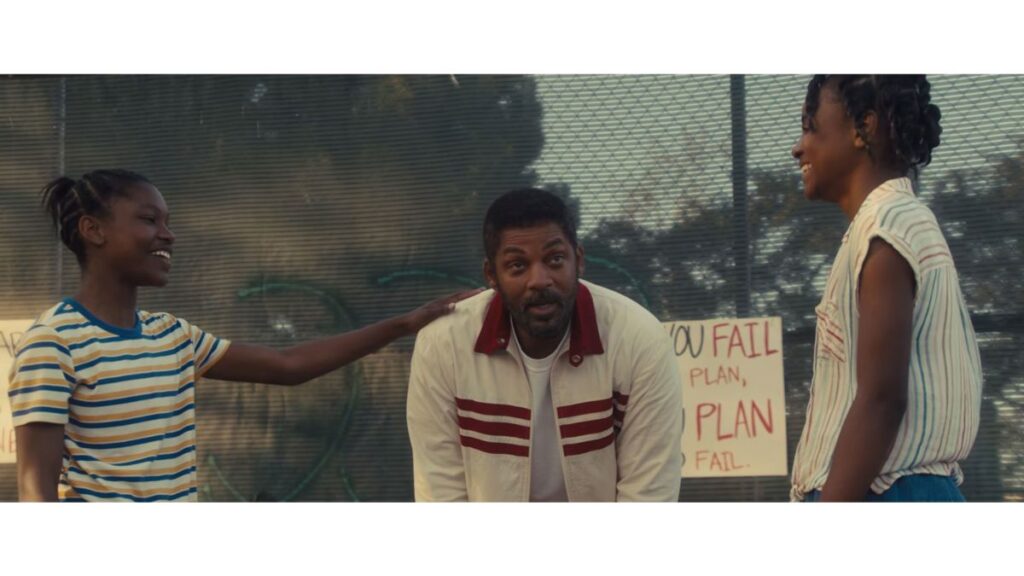 Richard Williams was notorious on the tennis circuit promoting perhaps himself as much as his daughters but at the same time doing what he thinks is right for them as any decent parent would.  As the film’s title makes clear it is about him rather than Sarenna and Venus which may be a gripe but the role is a great crowd pleasing turn by Will Smith proving once again that his dramatic roles are more satisfying  than his blockbuster schtick where success with such films has trickled away for some years now. King Richard is not a perfect film, epic in length it still overlooks Williams previous  marriage and children and perhaps more surprising is the diversity in the sport is barely hinted with the whiff of racism something that is going on in the back ground with a fleeting glimpse of the Rodney King footage.

No more days of Big Willy but instead replaced with King Dick and it’s an appealing performance that overlooks the more controversial facets of Richard Williams efforts to get his daughters to the top but Smith’s star power will also shine light on Saniyya Sidney and Demi Singleton‘s excellent portrayal of Venus and Serena respectively in a cast of all round decent performances.