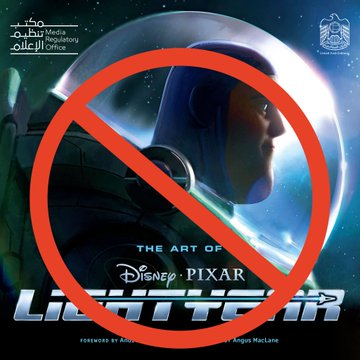 Whilst the rest of look forward to seeing Lightyear, the Toy Story spin off, for some fans around the world will not get to see it in cinemas. Those living in Saudi Arabia, the UAE, Bahrain, Egypt, Kuwait, Oman and Qatar, Malaysia or Indonesia. the reason it seems is because the film has not received a  distribution certificate in these countries and is believed to be related to LGBTQ content in the film.

The scene in question is a same sex kiss between Alisha, a character voiced by Uzo Aduba, and another woman. During the production of the film the characters’ relationship was never called into question although the kiss between them was originally excised but was reinstated following an internal backlash to the handling of Florida’s “Don’t Say Gay” legislation.

It’s not the first film this year to have run into issues with the many of the same countries with films as varied as West Side Story, Eternals and the recent Marvel film Doctor Strange and Multiverse of Madness and  Fantastic Beasts: The Secrets Of Dumbledore had a six second cut made so as the film could be released in China.

Why the Elton John bio-pic Rocketman never played in Russia….find out HERE