Our Editor had always hoped that Charlize Theron would marry him and having stood outside her house for a year longing to catch her eye he was finally taken out by a security sniper’s long shot which coincidentally is the name of her new film (see what we did there?).

Theron plays Charlotte Field a Head of Department to a dim witted president (Bob Odenkirk) who’s decided to step down in a bid to capitalize on his position and become a TV star. That Seth Rogen declares his disgust at Republicans later in the film makes clear who this Republican presidents is meant to be. Rogen plays Fred Flarsky, a sort of expose type reporter, who we first see at a white power Nazi group party whose brow beaten into having a swastika tattoo just as his cover is blown. It’s the first of several very funny scenes in the film but his journo scoop is in vain when he finds that his newspaper is being taken over by a media tycoon Parker Wembley played by an unrecognizable Andy Serkis and is another right wing dig at Murdoch and especially at a TV network that has a trio of presenters making gloriously inappropriate and unenlightened comments about women running for president which is what Theron’s character decides to do. 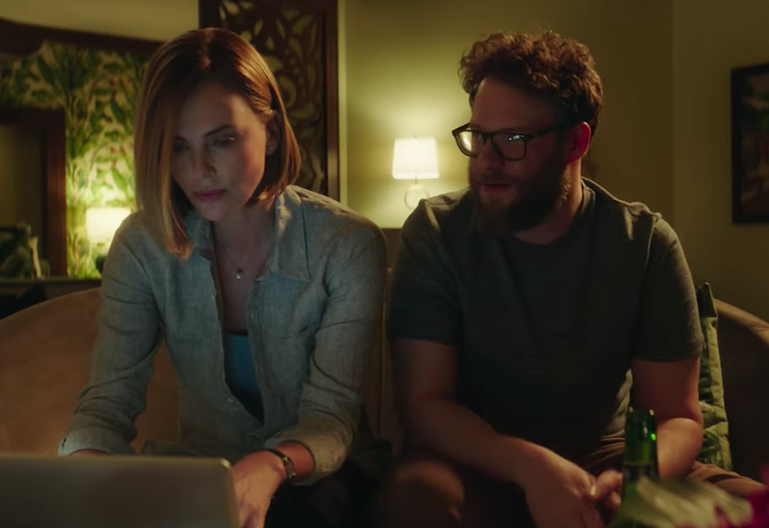 Having resigned and without a job Flarsky goes along to a party with friend Lance (O Shea Jackson) where he bumps into Field and they bond over their love for the band ‘Boyz 2 Men’ who are performing. Now we’ve never seen the appeal of the band who we were led to believe had been signed up by Michael Jackson’s only because the singer thought they were a home delivery service but we digress.

It’s here that Flarsky realizes that he knows her from way back when she was babysitter to his 14 year old self and in a flashback his boyhood crush on her is revealed in typically lewd manner for a Rogen role. So yes his unrequited desire is reignited and what we have here is a mismatched love story. For whilst she is a sleek intelligent powerful woman she doesn’t connect with her potential voters especially as she can’t even manage waving without looking like she is still learning to master being human. In fairness it’s hardly a surprise for a politician when Jeremy Corbyn looks like supply teacher and Teresa May is so robotic she can’t drink water for fear of rusting.

The counter side is that Rogen’s Flarsky is a badly dressed but gifted writer and stoner. It’s a typically Rogen-esque role with profane jokes and his character is all too familiar with recreational drugs with which she enjoys on a night out as they inevitably fall in love. Theron is a great actress and here she has the opportunity to show just how funny she can be notably in an international hostage negotiation she carries out whilst coming down from a drug addled high after a party night with Flarsky. 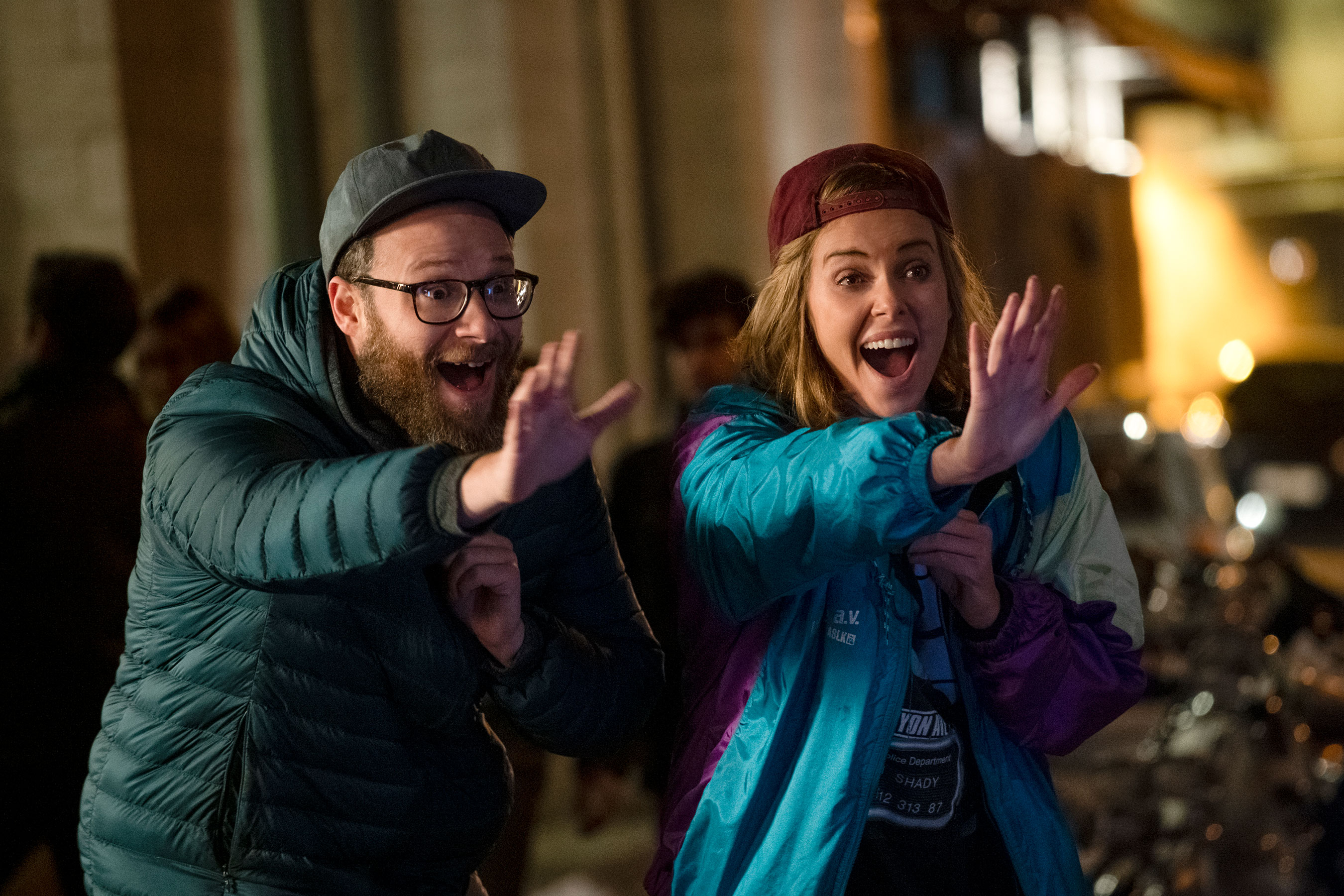 Long Shot is formulaic love story in a boy gets girl, boy loses girl and then gets girl back again and it’s a bit of an unlikely pairing and long shot to have put Theron and Rogen together as a lovers and Rogen like any other guy would have rushed to the phone to accept the role. There’s a lot to be enjoyed here and Theron’s sidekick Maggie played by a brilliantly waspish June Diane Raphael who has worked on several of Rogen’s recent films including Blockers and The Disaster Artist deserved more screen time but there’s enough going on here to make this one of the better comedies so far this year.