So whilst we’re in the midst of a catastrophic pandemic its oddly fitting that Babyteeth , a film about a girl with a terminal illness is released. The girls is Milla (Eliza Scanlen) 16 years old, still in school but clearly contemplating her future if indeed she has one with the illness that she has. Standing on a train platform staring vacantly into middle distance like Gemma Collins doing the numbers round on Countdown she’s looking at ending her life before the cancer does and is only shaken out of it when Moses (Toby Wallace) a 23 year old waster knocks into her in his rush to catch a train.  In appearance his ill fitting shirt and shorts, rats tail haircut and amateur tattoo’s that look as though the tattooist lost interest and abandoned it half way through are in contrast to Milla the  schoolgirl.  But the old saying about ‘never judge a book by its cover’ (something which lost our Editor his job as Chair for the Book Cover Ilustrator’s awards) ring true in Moses when he goes to Milla’s aid when her nose inexplicably begins bleeding and without hesitation he whips off his shirt to stem the flow.  An immediate friendship is formed which is destined to develop into far more.

Introducing Moses to her parents her father a psychologist and her mother,  Xanax addled  and constantly at her husband’s office for the drug and sex on his desk and it’s her  mother who understandably is not too keen on her daughter’s friendship especially when she finds he’s a low level drug dealer.  With chapter headings throughout such as ‘Nausea’ and ‘Relapse : Milla Starts chemo’ it interrupts the narrative flow which is a bit choppy anyway and progresses their relationship quickly if a little unevenly in what is by its very nature going to be a downbeat story. 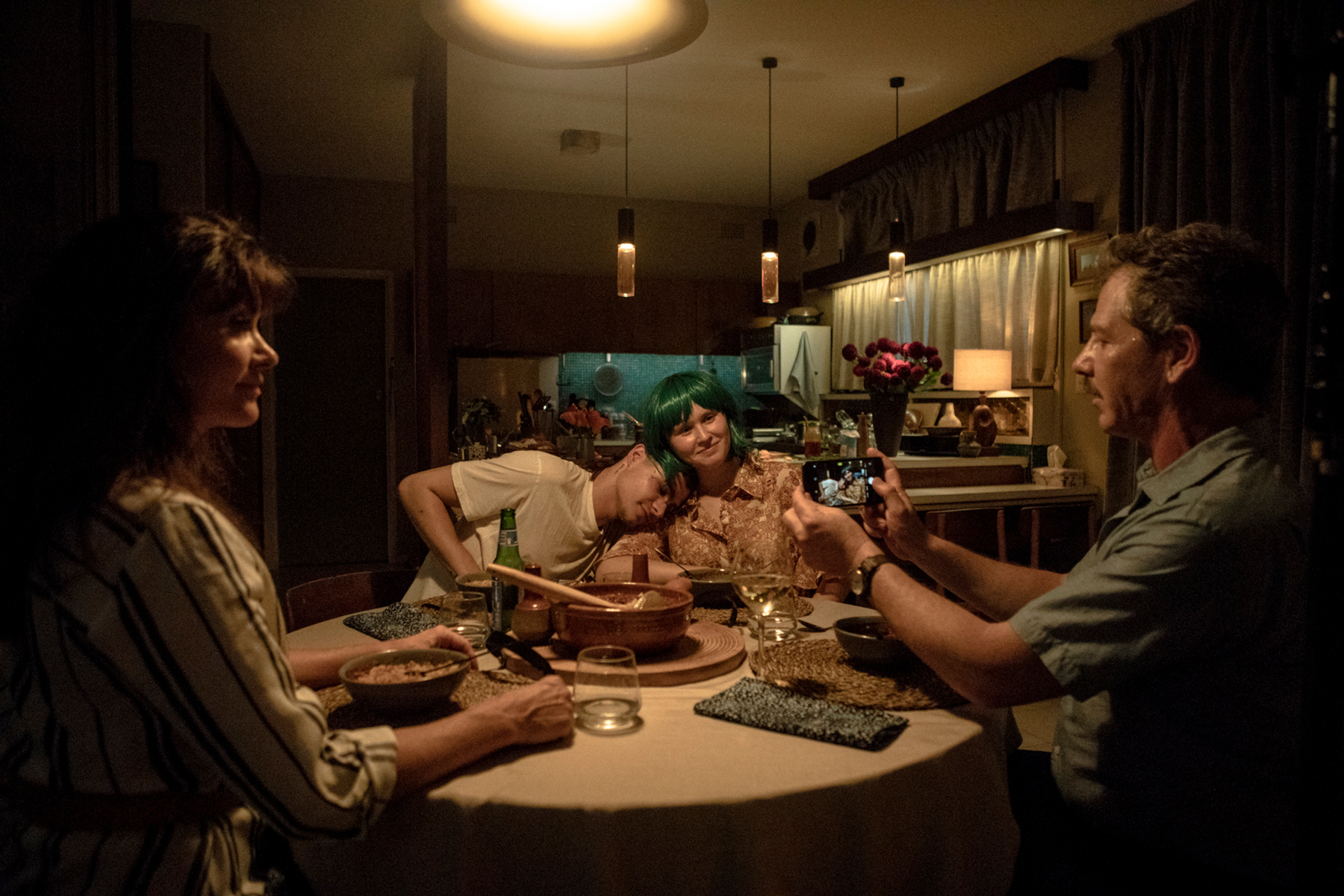 Written by Rita Kalnejais, Babyteeth covers that period turning from a child into an adult rather than the story of the tooth fairy facing bankruptcy after dealing with Janet Street Porter and Rob Beckett as children. Directed by Shannon Murphy this doesn’t wallow in the grimness of terminal illness and focuses far more on Milla’s new found  enjoyment of what time she has left with Moses with her mother coming round to seeing that it would be wrong to block her daughter’s relationship with him. Moses too is not without his troubles estranged from his own mother living a listless and seemingly aimless existence but who find solace in each other and Milla’s extended coterie of friends and family which includes a pregnant neighbour and an Asian child prodigy. At just under two hours Babyteeth is overlong but both leads are highly engaging and given  excellent support by Ben Mendelsohn and Essie Davis who seems to be in every recent Australian film at the moment (True History of the Kelly Gang , Miss Fisher and the Crypt of Tears) in what could have been a maudlin treatment that this genre usually gets.