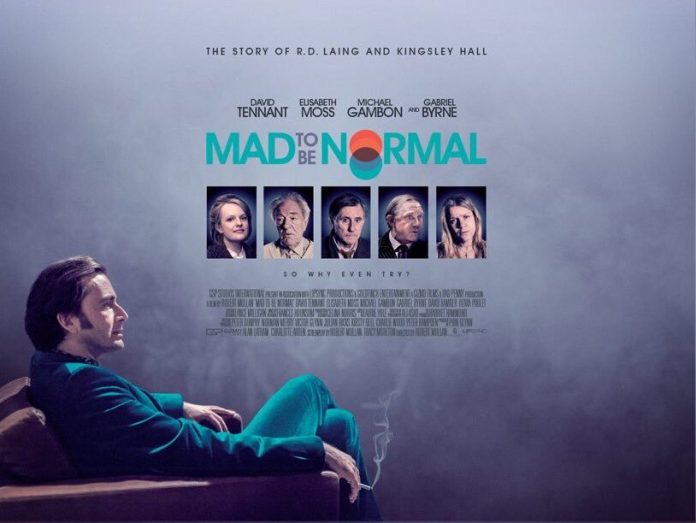 We were never sure if casting David Tennant as Dr Who was a good idea or not. The image of a Scotsman clutching a screwdriver and dragging a woman into a telephone box seemed only to reinforce the stereotype of a Glaswegian male. Mad to be Normal puts the shoe on the other foot with Tennant playing controversial Scottish psychiatrist R. D. Laing whose unorthodox methods in the 60’s had him setting up a commune for his patients who freely interacted with himself and his nurses.

Written and directed by Robert Mullan it has RD Laing unorthodox methods of treatment attracting much criticism whilst also drawing a lot of attention to himself and his wandering eye for women. Already separated from his wife and five children it frees him up to spend time getting jiggy with female students attracted to his bohemian lifestyle.

Apart from Tennant, Mullan has attracted Gabriel Byrne (Hereditary) and Michael Gambon (King of Thieves) each relishing the opportunity to play patients with mental health issues in roles that neither usually play. Both are fine but Gambon does have a scene where having been encouraged to take an hallucinogenic drug he portrays its effects by  doing a finger dance that looks like an exercise to relieve rheumatism whilst Mullan intercuts with flashbacks to a brutal murder and suicide his father commits and is a little jarring with the rest of them film. 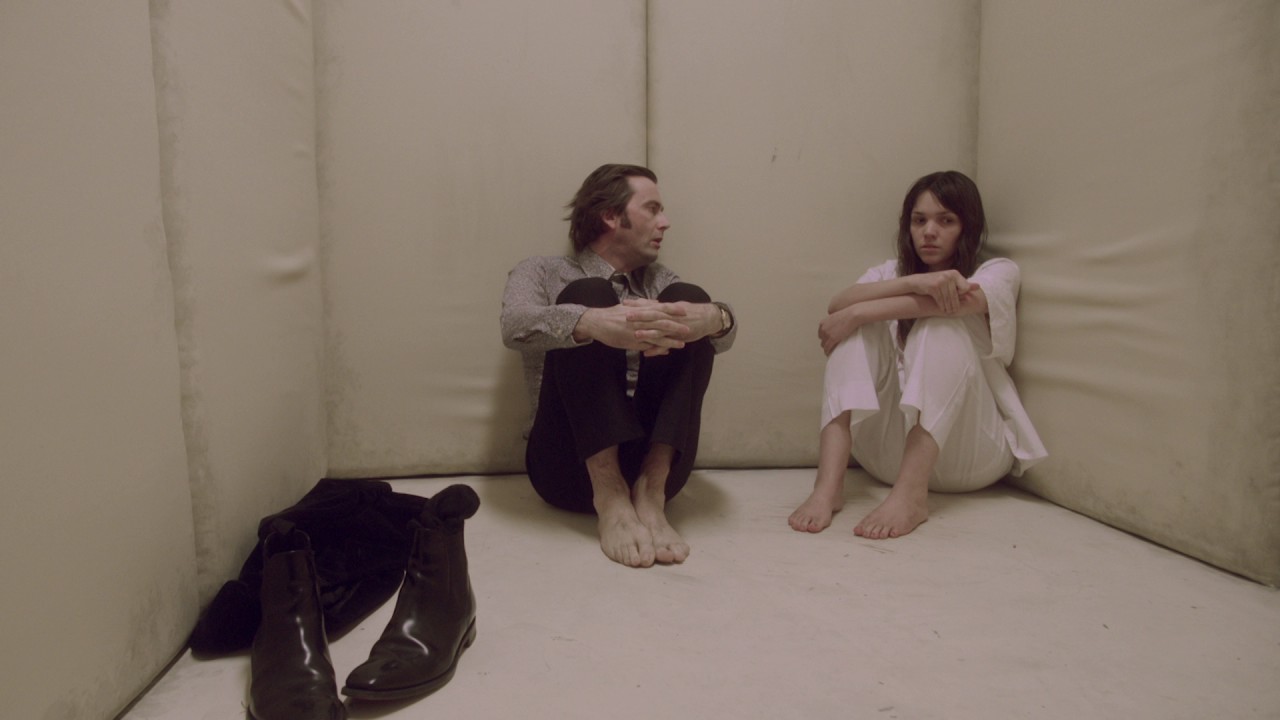 The commune only last for five years and though the cast are clearly devoted to their alternative method of treating patients as a film it’s not a wholly satisfying experience with one scene where Laing, having gone to the US, visits an asylum and is invited to try out his technique on a female patient there. Alone in a cell with the woman he strips down to his underwear and talks to her but it plays more like an improvisation exercise at drama college. If this did happen in Laing’s life then it’s a surprise he wasn’t sectioned himself or struck off.

Mullan’s 1960’s set film is lit with an ambient orange hue throughout and the period is further reinforced by his use of pop songs from the era but the script is remarkably potty mouthed almost unnecessarily so and becomes increasingly episodic as the film progresses before it eventually peters out with a not especially  satisfying end that never really explains why the commune ended or to what degree his techniques actually worked.

Here’s the Mad to be Normal trailer…….