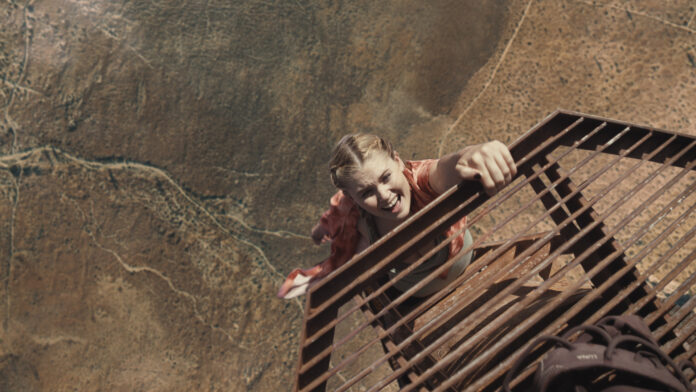 Landing in our inbox is the Fall trailer a film that we have been lucky enough to have seen but can’t say anything about yet. Fall comes from the producers of 47 Metres Down (read our review HERE) and like that film is one of those low budget high tension films where sacrifice may just be the only way out.

A fast drop and a sudden stop awaits Becky (Grace Fulton, Shazam!) and Hunter (Virginia Gardner, Halloween) as they find themselves trapped 2,000 feet up an abandoned radio tower in the desert. Highly trained and resourceful, these climbers were still not ready for every eventuality. A series of unfortunate events see their gear and supplies taken from them and as temperatures rise and vultures begin to circle, the chance of survival begins to fall rapidly.