With Wonder Woman 1984 finally out to great reviews – (Read ours HERE) we thought we’d take a look at the iconic Golden Armour worn by the heroine and glimpsed in the trailer…..

The true highlight of the battle scene may be the appearance of the Golden Armour. First seen in issue #3 of Mark Waid and Alex Ross’s seminal four-issue comics series Kingdom Come, the costume also marks the first time audiences will see Wonder Woman in a different hero ensemble. An immensely powerful suit, as Diana explains to Steve in the film, it has a rich history and holds an important place in Amazon lore. “The idea behind the Golden Armour is that it’s a magical armour that encases the Amazon’s body and is almost impenetrable,” says Oscar winning costume designer Lindy Hemming.

Jenkins states, “I think it’s when we feel we have to take on the whole world that we know we’ll probably lose. With Cheetah as her adversary, even Diana has to face that fact. She realizes that she will need everything in her arsenal to take on a much stronger foe. Stepping into the Golden Armour is a big part of that, and a big moment in the film.” Dealing with the practical side of creating a costume that had to be both symbolic and cinematic, Lindy Hemming notes, “Patty and I both wanted it to be fully reflective but not shiny, so that when Wonder Woman is moving you get the play of shadows in the metal. It has a life that metal doesn’t normally have onscreen, and it radiates a wonderful glow. It was a horrible thing for Matt Jensen, our cinematographer,” she laughs, “but he worked out a way of lighting it so that you don’t see reflections, just these gentle movements, almost like waves undulating in the metal.” 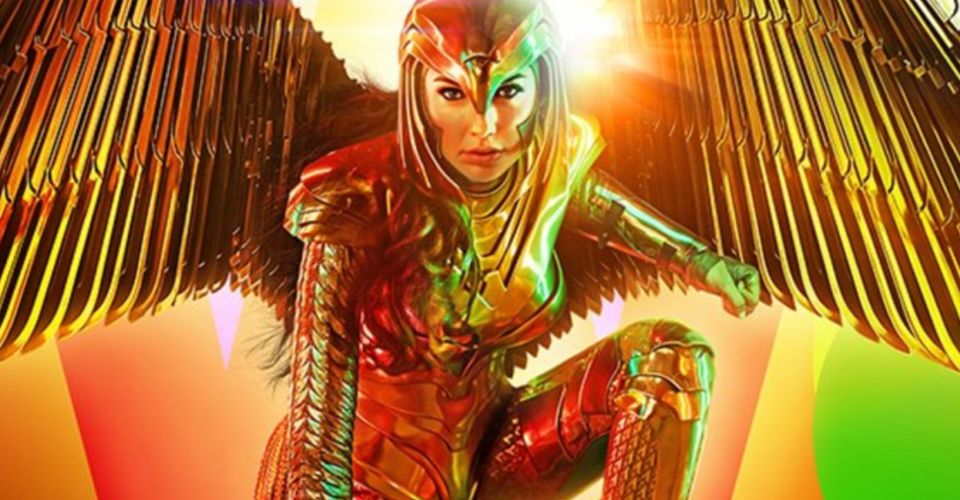 In part because what works on paper can be very difficult to create in real life, the armour pays homage to drawings in the comic books—with a “nod to fashion, from McQueen to Thierry Mugler,” Hemming offers—but required a total redesign to be practical. In particular, there are wings on the armour that have to both fold in and span out like a bird. “Armour is plausible,” Hemming concedes, “but how can you make armoured wings plausible? Patty had seen something where Roman soldiers had formed a circle with their shields to the front, and so to attack them you’d have to get over or you’d have to get through somehow, so she thought that instead of the wings flapping, they could be like a glider; then as soon as you land they become a defensive shield. Once we got that, we could see how to combine the look of wings with the look of a shield, and that’s where we went with it.” 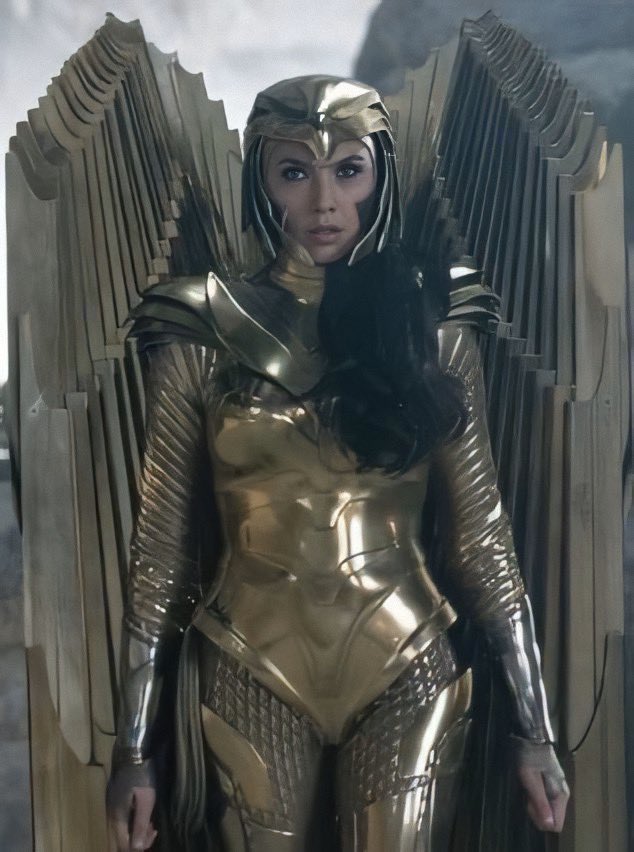 Eager to see her character’s evolution in the film represented so powerfully, Gadot found much to admire in the new suit’s imagery and design. “In this movie, Diana starts out strong, but must grow into an even stronger being, and this suit and its legacy is a big part of that,” she relates. “When I first saw Lindy’s design, it was just mind blowing. And then they built it and it’s a piece of art—it could be in a museum. I couldn’t believe I would get to wear it and discover this whole new side to Diana.” 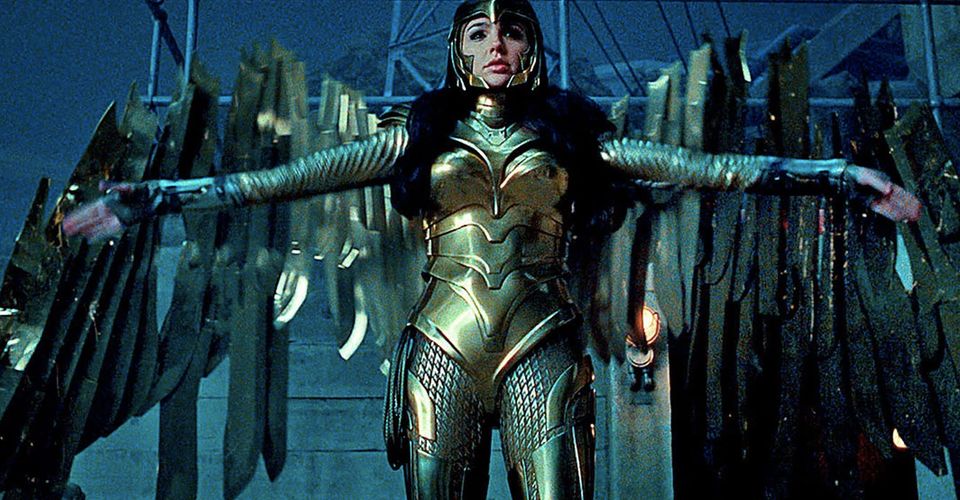 The building of the Golden Armour was organized and supervised by costume supervisor Dan Grace and the costume effects department lead by Pierre Bohanna, and it took over a year and approximately 40 people to create from concept to finish. “It was a huge challenge for us because it’s a really complicated costume,” says Grace. “Just for Gal to physically be able to wear it we had to adopt Formula One technology: every piece of the wings is made of carbon fiber, all done in-house at our workshop in Leavesden, and painted using a proprietary process. The body is polyurethane to keep it light, and there are 93 pieces to the body, plus 264 individual ‘feathers’ in the wings. Different sets of wings had to be made for different poses, such as standing still with the wings folded or full out in flight. We ended up with five different shapes and styles of wings.” In total, 14 copies of the Golden Armor had to be made for Gal and her stunt doubles.

YOU CAN WIN A HUGE BUNDLE OF WONDER WOMAN 1984 MERCHANDISE HERE…..