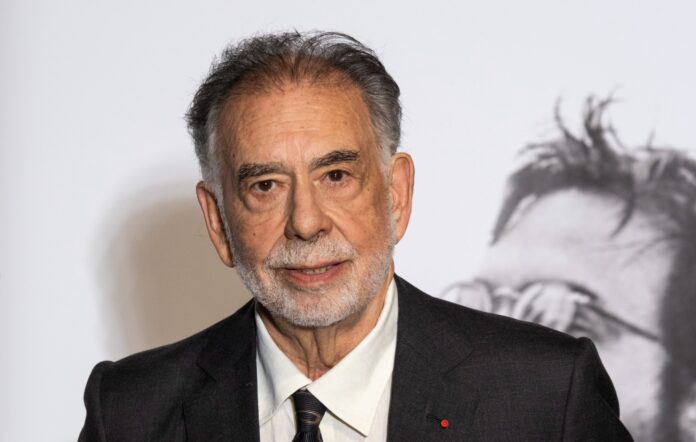 It’s been on the backburner for over twenty years and now Megalopolis will shortly start filming with the possibility that at 83 three years old this could be Francis Ford Coppola’s last film  (albeit Clint Eastwood is still directing at 92 years of age!).

The cast will include Adam Driver, Forest Whitaker, Nathalie Emmanuel (Fast X) , Jon Voight and Laurence Fishburne who was only 14 years old when he worked on Coppola’s Apocalypse Now/ All are lined up in major roles in the film. Costing a reputed $100m Megalopolis will be independently financed and is  a script written by the director himself. The script is a contemporary setting  where the fate of Rome haunts a modern world unable to solve its own social problems in this epic story of political ambition, genius, and conflicted love….we’re guessing that maybe the Vatican is involved in the story somewhere with the director having used it as a major story thread to The Godfather Part III (read about the film HERE).

Coppola has taken huge risks over the years with several of his films with Apocalypse Now which took him to the brink of madness but with him taking ownership it has paid off in the long run. However 1981’s One from the Heart bankrupted him and in a way forced his hand in having to make a third Godfather film. Megalopolis though has always been his dream project and has sold off part of his vineyard to help finance it saying, “What’s the worst that can happen to me? I’m going to die and be broke? I’m not going to be broke. My kids are all successful. They’re going to have this beautiful place…You’ve seen Inglenook. They’re going to have that.’

As this could potentially Coppola’s last film the director went on to say….

‘“What would make me really happy? It’s not winning a lot of Oscars because I already have a lot and maybe more than I deserve. And it’s not that I make a lot of money, although I think over time it will make a lot of money because anything that the people keep looking at and finding new things, that makes money. So somewhere down the line, way after I’m gone, all I want is for them to discuss [Megalopolis] and, is the society we’re living in the only one available to us? How can we make it better? Education, mental health? What the movie really is proposing is that utopia is not a place. It’s how can we make everything better? Every year, come up with two, three or four ideas that make it better. I would be smiling in my grave if I thought something like that happened, because people talk about what movies really mean if you give them something. If you encouraged people to discuss marriage and education and health and justice and opportunities and freedom and all these wonderful things that human beings have conceived of. And ask the question, how can we make it even better? That would be great. Because I bet you they would make it better if they had that conversation.”

If Megalopolis is Coppola’s last film then we’re likely to see it sometime in 2024.