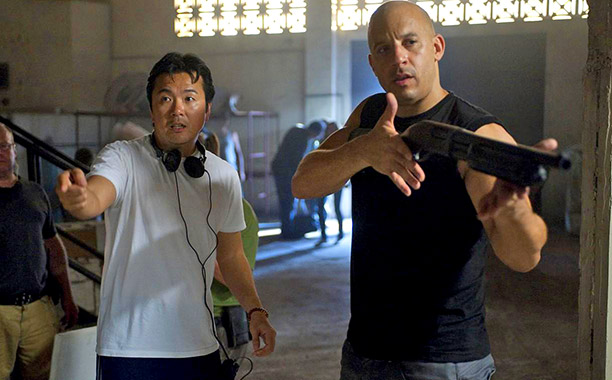 So for a franchise that’s become something of a cash generating box office juggernaut the Fast And Furious franchise has not been without its problems over the past few films. The tragic death of star Paul Walker, the all too public rift between Vin Diesel and Dwayne Johnson and now in what will be the final two part final film Fast X director Justin Lin has dropped out after just one week of shooting leaving production in limbo.

A recent instagram video had a clearly uneasy Justin Lin replying to Diesel’s question about how he felt about the film. “It feels like the beginning of, uh, of an epic ending.” the ending would be him leaving the directors seat a few days later. There’s clearly more to this than meets the eye as Lin has helmed five of the films and knows how to handle massive action set pieces and the reason for him leaving seems to be, ‘creative differences’.

So whilst second unit continues filming in the UK the hunt is desperately on for a new director and the delay is costing the studio an estimated $600,000 to a million dollars a day to keep the crew on board. Causing a further headache is the availability of the new stars Charlize Theron, Jason Momoa and Brie Larson who al have tight schedules and will soon become unavailable. Directors for other films in the franchise all have commitments and any A-list director will want time. Thoughts are turning to possibly even Diesel taking the helm but he has no  experience directing huge action blockbusters and thoughts are tuning to perhaps a talented 2nd unit director stepping up after the original Fast X director stepped down.

At present the film remains on track for a planned May 19th 2023 theatrical release date and for what its worth we still think the film should be titled, ‘Fast Ten your seatbelts!’